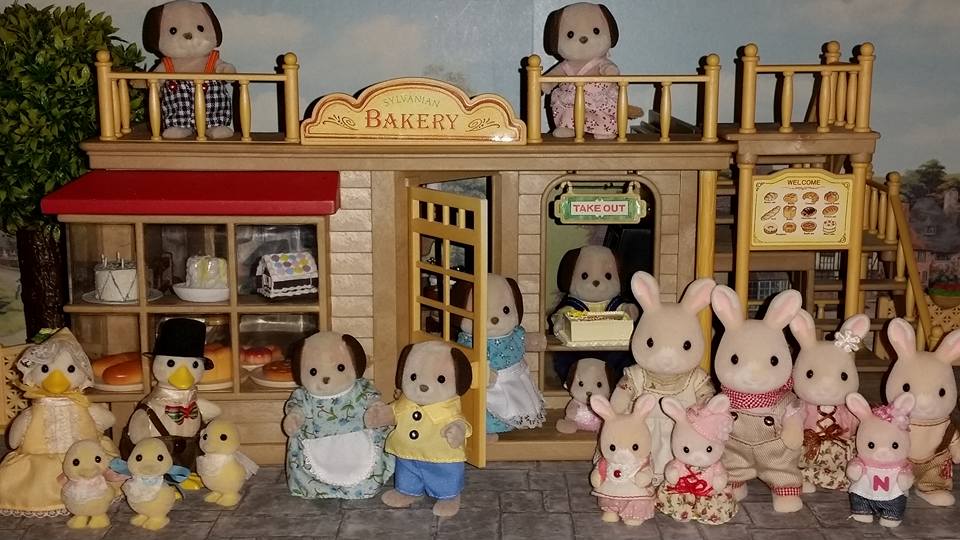 The Village Bakery was originally released into the Japan Range of Sylvanian Families in 1996, with a release into the UK range in 1998. It was one of the last buildings released by Tomy, before Flair took over the distribution of Sylvanian Families in the UK. It was also one of the first new buildings, where you could stack a cottage on top of it to make it a bigger play area. There was also an interchangeable terrace, which you could place on top, on the side or in front of the bakery to create a cafe area. The bakery also came with steps, which meant if you placed the Orchard Cottage on top of the building, the Sylvanians would be able to walk up the stairs to reach the building. The bakery had a re-release a few years later by Flair. I have added a few extra cakes to my bakery for detail. This was the second bakery released into the Sylvanian range, and is much more detailed than the original bakery. The Beagle Dog Family were released at the same time as the bakery in the UK, and their backstory had them running the bakery. In the Japan release, the Whiskers Cat Family ran it. 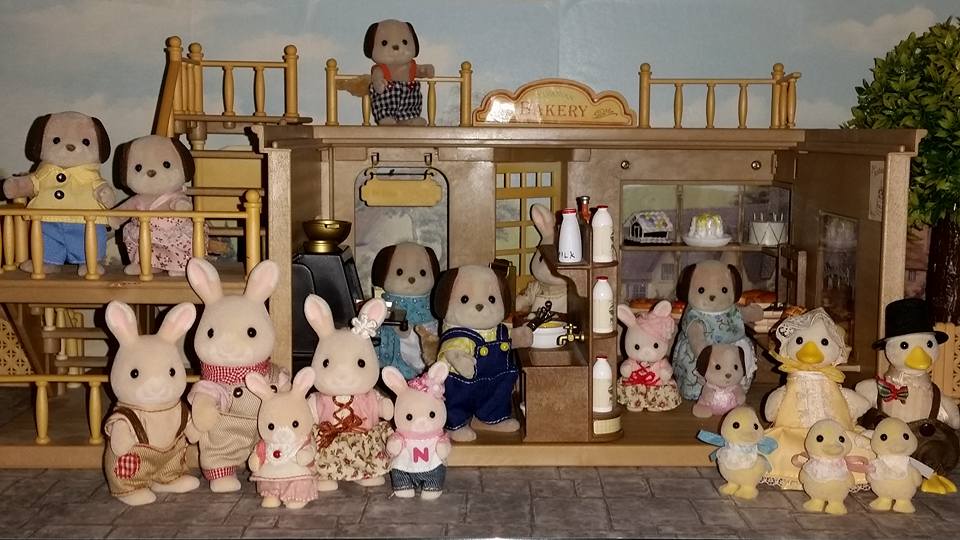