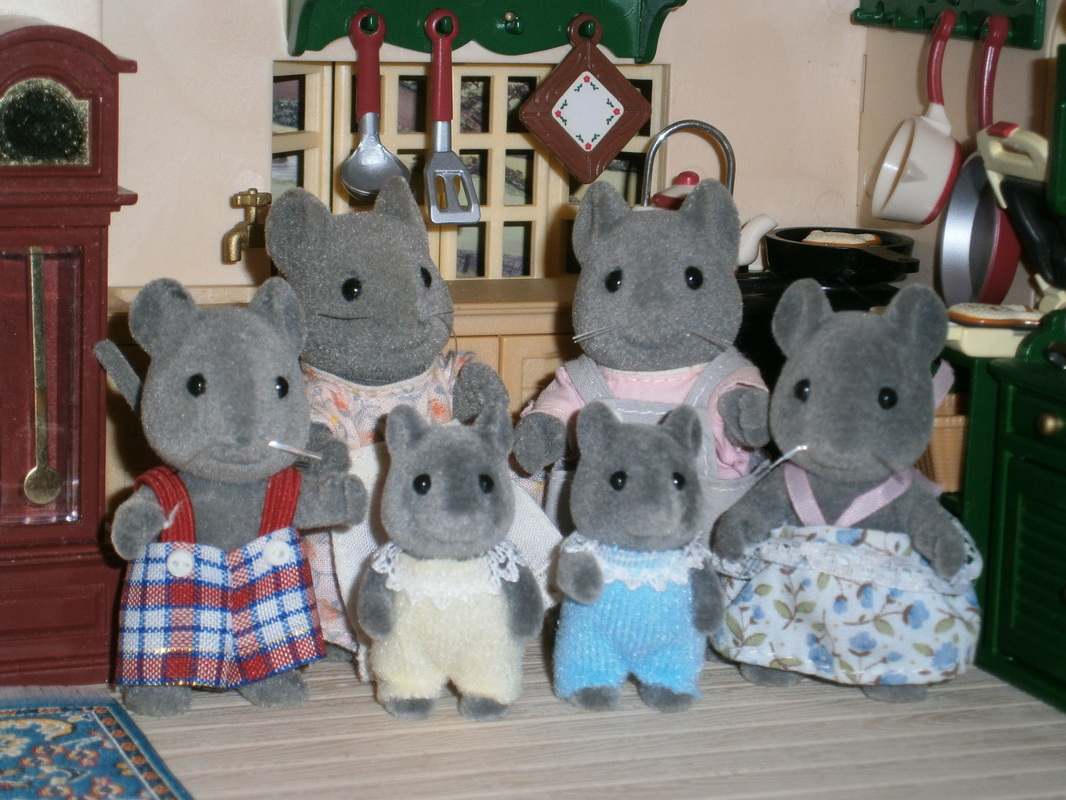 FATHER CHESTER THISTLETHORN is the editor of the newspaper. When there isn't much news, he makes it up himself, but he always ensures that his stories have a happy ending.

MOTHER WILLOW THISTLETHORN helps her husband at the local newspaper. Because they are the only two who work there, she's ended up being the chief reporter, the photographer, the typist and sometimes she even delivers the newspapers. She has also got absolutely perfect manners and teaches all her children to be polite.

BROTHER LESTER THISTLETHORN is always playing tricks. Once he jumped out on his sister Prissy and shouted 'BOO' so loudly, he frightened himself!

SISTER PRISSY THISTLETHORN sings all the time. She's so happy, she brings a smile to the saddest Sylvanian's face, even though her voice is not very good.

BABY BROTHER BARRY THISTLETHORN has got really cute little ears. He loves being sung to and talked to.

BABY SISTER HEATHER THISTLETHORN loves to keep dropping her bottle on the floor. She keeps her mother running all day, to pick it up. 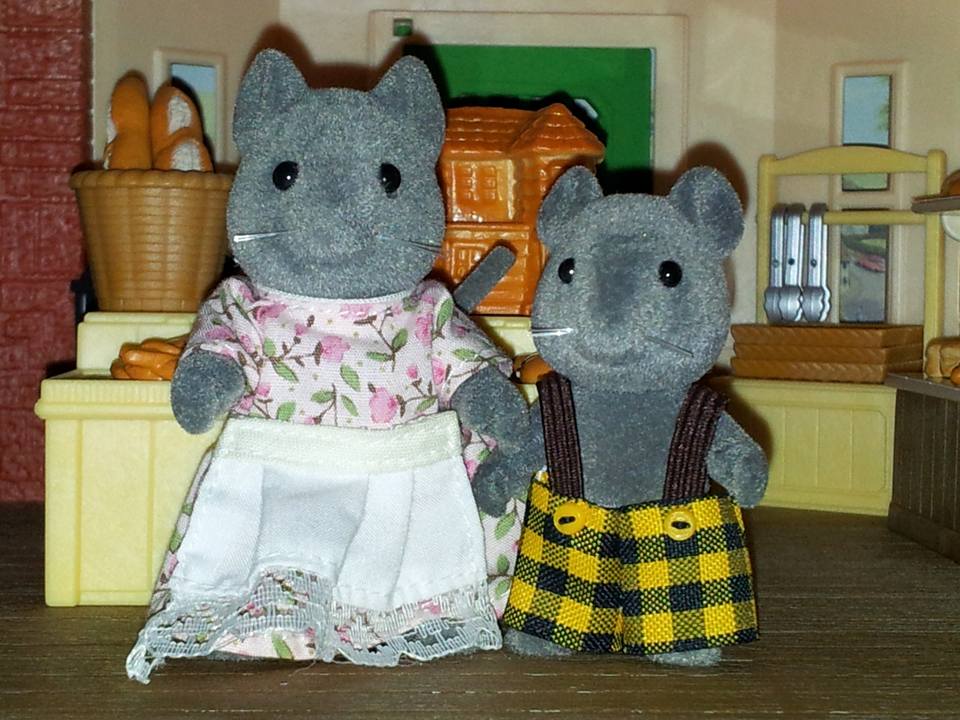 AUNTIE MARJORIE THISTLETHORN likes to help out at her brothers newspaper every so often. She feels so sorry for her sister-in-law Willow who always seems to be running around doing a hundred things at once. Her help can sometimes be a hindrance though, as once she tried to set up all the prints of the newspapers, and got all the pictures matched to the wrong stories! The villagers did find that issue very amusing though.

COUSIN LEOPOLD THISTLETHORN wants to be a reporter when he is older, and is always at the newspaper offices to see if he can learn anything. Because his auntie and uncle are the only ones who work there, he usually follows his auntie as he learns more!

The Thistlethorn mouse family were one of the Original families in the Sylvanian range, debuting in the UK in 1987. The original release of the Thistlethorn mice had their tails as plain plastic, but later releases saw their tails covered in fur. When Flair took over the Sylvanian distribution in 1999, the Thistlethorn's had a re-release. Later mouse families had a different mould, with much bigger, cartoonish ears. The Thistlethorns, Meadows and Hazelwood mice are the only mice with this style body. Although a hamster release used the same mould, just without a tail.