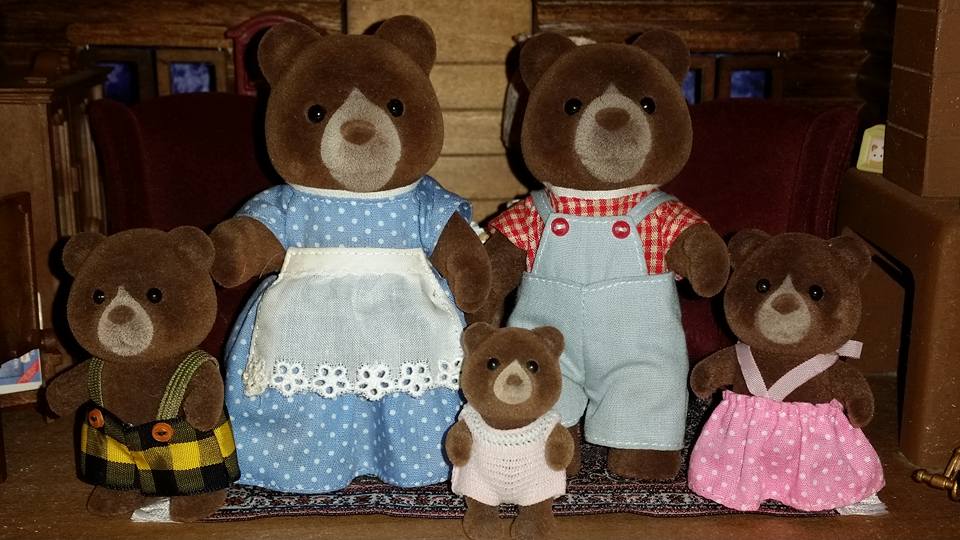 MOTHER ELIZABETH TEARDROP is a very skilled cook, which is why she is always asked by all the restaurant owners if she would be able to run their business when they go on holiday. It's a perfect job for Elizabeth, as she usually goes from restaurant to restaurant every few weeks covering the owners. It also means she never gets bored in her job, as it changes every few weeks!

BROTHER HARRY TEARDROP is a very mischievous young boy. He just loves playing pranks on people. His best friend is Buster Slydale, which shouldn't really come as a surprise. Together they are the cause of most of the pranks and jokes which occur throughout the village!

SISTER KATIE TEARDROP is often the victim of her brothers pranks which makes her despair at times. He is often playing mean tricks on her, like swapping the sugar for salt when she has a cup of tea, or swapping the salt for sugar when she is having food! Katie got so cross with her brother one day, she poured a bucket of ice water over his head! As you can imagine, she doesn't have as many pranks played on her now!

BABY MOLLY TEARDROP is such a quiet baby, often just sat in her crib, watching the world go by. She is fascinated by her brother Harry's pranks on the people around him. She hopes to be just like him when she is older! 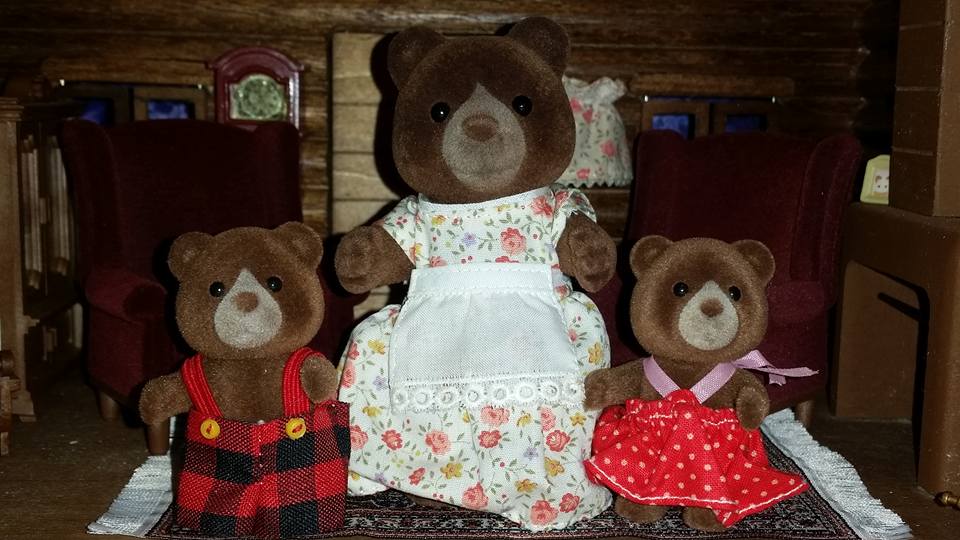 AUNTIE MEREDITH TEARDROP is always on hand to babysit for the villagers. She adores children, and loves reading stories to them, usually involving princesses and far away lands. Sometimes she can have twenty different children and babies in her house, all that she is looking after!

COUSIN JOSEPH TEARDROP is always exploring somewhere in the village or the surrounding woodland. He hopes to grow up to be a world famous archaeologist one day. He has dug his mothers garden up many times over the years. His best find so far was some old coins which were about one hundred years old.

COUSIN LISA TEARDROP loves the rain. Whenever there is a storm, she likes to sit by the window with a hot chocolate and watch the raindrops run down the window panes.

The Teardrop Bear family were first released in Japan in 1991, and are an exclusive family to Japan. The original release of them, saw them dressed in the same clothes as the Timbertop Brown Bear family. They are slightly darker than the Timbertop Bear family. The family got a re-release a few years later, the re-released versions saw the mother in a new dress, and the son in red dungarees like the UK release of Bud Timbertop, with a sister as well in red. The Teardrop Bear family are extremely hard to find in a mint condition. I collected mine in 2015. I managed to find both mother figures and the sister in Denmark, and managed to find a brother and father on E-Bay. There are three baby figures released as well.
Powered by