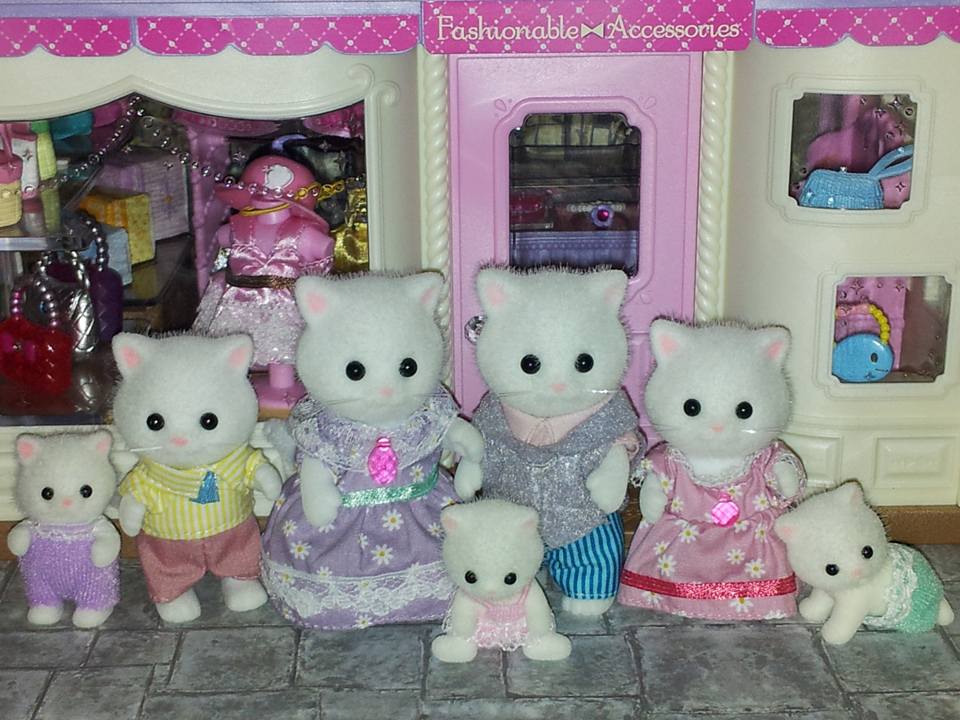 FATHER ARTHUR TEAK just loves collecting furniture and his favourite carpet is the centrepiece of the beautiful Teak Family living room. Arthur can’t help but collect pretty bric-a-brac and antique furniture, from teacups to vases.  He has a particular soft spot for carpets as there are so many wonderful designs!

MOTHER CECILIA TEAK, sometimes affectionately called ‘Bo’, loves designing dresses so much that she opened her own boutique with her sister-in-law. She has a wonderfully large wardrobe and is always encouraging little Nora to borrow her clothes and accessories, although Nora is not quite grown up enough for them to fit her yet! From fabric to frills, Cecilia loves all things fashion and fun!

BROTHER FELIX TEAK is known around Sylvania for being incredibly kind; but shhhh… don’t tell anyone that he’s afraid of heights. You couldn’t ask for a better friend than Felix Teak. Popular with the Sylvanian girls because he has such as warm heart, Felix has a knack for picking out the perfect gifts for friends and family because he’s always listening when they say what they like. He’s not keen on climbing trees though because he starts to get wobbly when he looks down at how far he’s climbed.

SISTER NORA TEAK is pretty-in-pink and rather good at doing make-up and making her friends look extra nice. She thinks that her mother is the most beautiful of them all, and often picks out a dress because she thinks that her mother would like it. She’s got plenty of tips for applying make-up from her mum and is constantly trying out new fun looks. She loves to look at her mother’s clothes and can’t wait to work in the boutique one day designing her own creations.

BABY SISTER BONNIE TEAK is a bit like a magpie because shiny things are always catching her eye. This could be anything from a pretty candle to some tasty looking jelly beans. But she likes to hold onto these treasures and watch them for hours, sometimes holding them in her paw. Unfortunately chocolate melts and she often gets mucky from holding too tight onto her sparkly treasures. Poor little dear!

TWIN BABIES NEL & NED TEAK are cute as can be, and while Nel can be a bit of a fussy eater, Ned is a grumpy little baby with a talent for making a mess. If little Nel gets given something she doesn’t like to eat she won’t take a single bite, but if it’s one of her favourites, she’ll make sure she gets second helpings. Ned can be a little bit grumpy and he often makes his mother sad by getting her dresses dirty with his mucky paws. Mother Cecilia has even started wearing an apron even when it’s not dinnertime just in case he gets some mud or tomato sauce on her! Oh no! 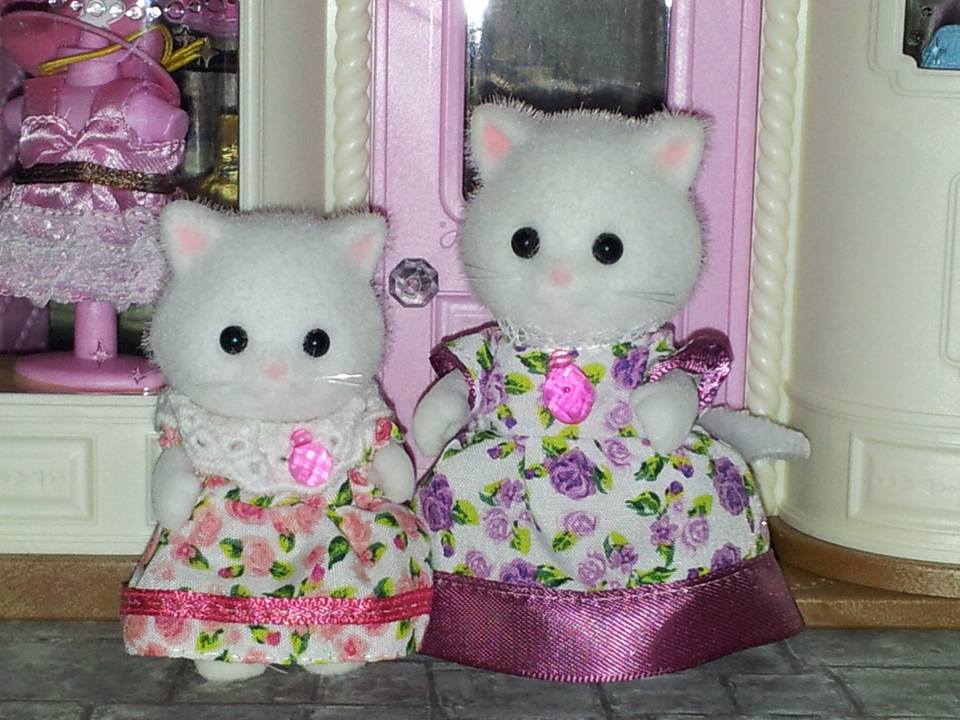 AUNTIE CORNELIA TEAK is very fashionable and always knows how to accessorize any outfit. It was because of this that she decided to open a Boutique with her sister-in-law, Cecilia Teak. Because there were already a few dress shops and boutiques in the Sylvanian Village, they wanted their shop to be different, so they decided to specialize in fashion accessories. Cornelia makes all the fancy bags herself, right down from the design to the sewing. Many a Sylvanian lady can be seen walking around with a 'Teak Original' bag hanging off her arm!

COUSIN CONNIE TEAK loves helping out in the family boutique during the weekends and after school. Like her cousin Nora, she is very good at applying make-up and is hoping that when she is older, she will be able to have her own beauty salon where she can give all the Sylvanian ladies a make-over. Her skills always come in handy at school whenever there is a play being put on, she can often be found back stage doing all the stage make-up.