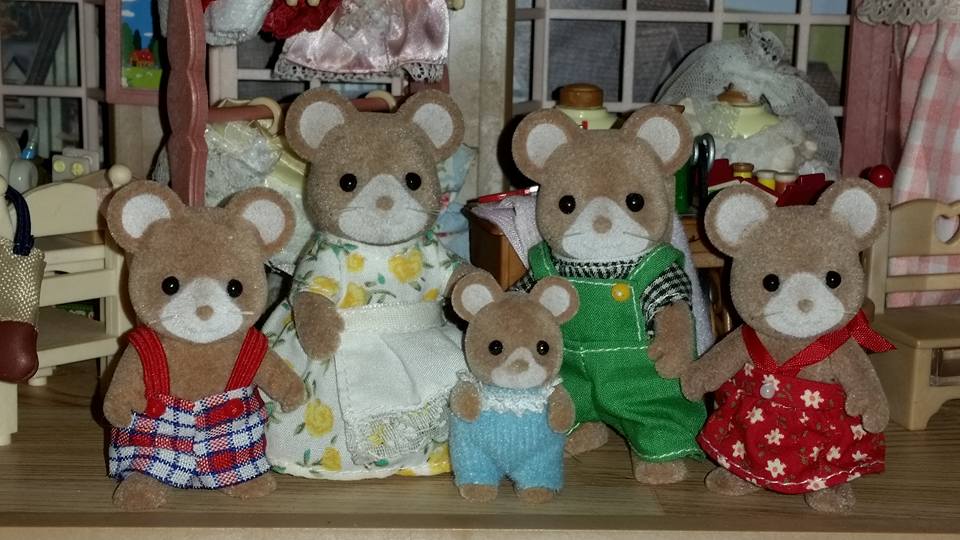 FATHER WENSLEYDALE-HECTOR NORWOOD known as 'WH' to his friends, is the jolly chap who owns the newspaper, book and stationary shop called WH Norwood & Sons. His favourite pastime is gossiping with all his regular customers!

MOTHER BRIE NORWOOD also works at the shop. She can always be found sitting at her desk in the back office keeping the business records. In her spare time she is studying very hard to become a fully-fledged Chartered Accountant and – strange as it may seem – can't wait to sit the difficult exams!

BROTHER ENDEAVOUR NORWOOD is the paperboy for his father and mother's shop and is blessed with boundless energy and enthusiasm. Every day before school he gets up hours before the birds have uttered their first sleepy 'tweet' to name and address all the papers for delivery.

SISTER KATY NORWOOD, unlike her early rising brother, morning is not the best time of day for Katy. In fact, the week is not particulary popular with her, because she doesn't like getting out of bed and going to school. Of course, on Saturday afternoon she works in the shop!

BABY BROTHER NORMAN NORWOOD loves paper. He loves drawing on paper, painting on paper and most of all, he loves wet, squishy paper that he can mould into different shapes. It's called 'Papier Mache' but Norman's efforts look more like 'Paper Mashed'! All in all, it's very fortunate that his parents have so much spare paper in their shop for messy Norman to play with.

BABY SISTER MILLIE NORWOOD is very good at crying. She's also excellent at screaming and stomping her feet until she goes quite red in the face. What Millie is not very good at is sleeping. That's why all the other children call her 'Shoosh', because that is what their parents tell them to do every time they go near her...in case they wake Millie up from one of her rare snoozes.


The Norwood Mouse family were first released into the UK range of Sylvanian Families in 1997, when Sylvanians celebrated their tenth birthday in the UK. The family had previously been available in Japan, but the original Japan release saw the family a lighter colour. They were the first mouse family released using the new mouse mould. The Norwood family got released as individual figures from 2001, as part of the family life range. The father figure was the only family member not to be part of the new range. The mother figure and brother both had new outfits in the Family Life release. In 2011, two new mouse figures were released with the Norwood name as part of the new school range. A mother (who was the school nurse) and a sister in a sports day set. Promotional pictures had both figures as Norwood mice, and they even shared the same names as Brie and Katy. Upon release though, the mother was a Mace mouse. The sister in the sports day set varied. Some releases featured a Norwood mouse, while others came with a Mace mouse.
Powered by