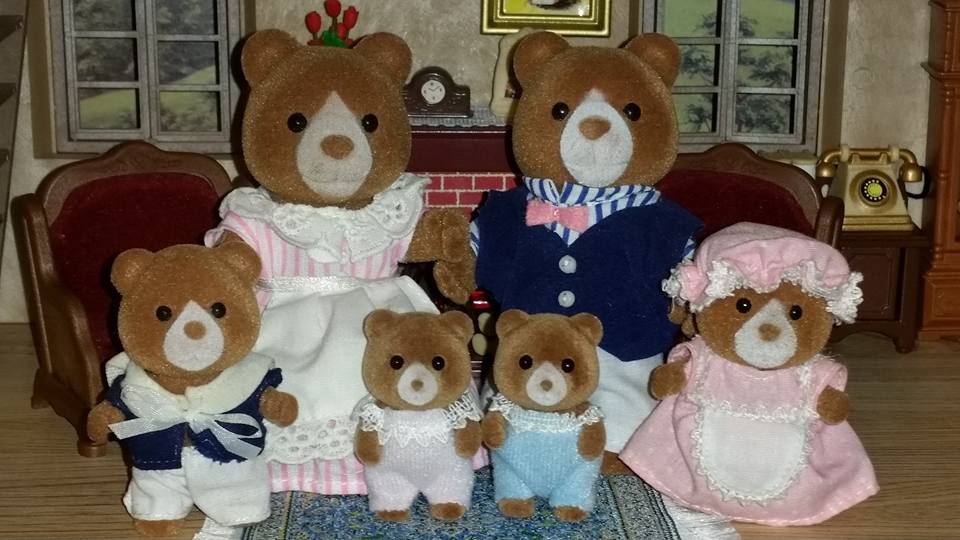 FATHER MAURICE MARMALADE is so fussy and neat, that he often drives the rest of the family mad when he follows them around the house tidying up after them Don't dare leave a cup and saucer in the wrong place when Maurice is around! ''A place for everything and everything in it's place,'' is his daily motto, but as he is always so good natured and pleasant, everyone forgives him – eventually!

MOTHER MARGOT MARMALADE likes to look neat and tidy all the time. She washes and starches her apron every single day! Margot makes her children laugh when she puts on an extra special 'posh' voice to answer the telephone, but Margot never takes any notice of them. She just says that one day, it might be somebody really important on the other end and she wants to make a good impression.

SISTER OTTILEE MARMALADE is the complete opposite of her tidy parents. She is a tomboy and has already decided that she wants to be a daring and courageous firefighter when she grows up. To her parents despair, she is constantly practising her firefighting skills by climbing tall trees and running amok with the garden hose. You can be sure that Ottilee's pretty pink dresses and hats are covered in dust and streaked with mud every afternoon when she comes home from school!

BROTHER OSCAR MARMALADE is never happier than when he is playing outdoors and getting as muddy as possible! He is very sporty and can never decide whether he prefers rugby, football or cricket – he is so good at all of them! His father is always scolding him about his appearance, but secretly he is very proud of his sporty son.

BABY TWINS KIT AND KARENZA MARMALADE are known as 'The Terrible Twins'! They are quickly becoming known as the naughtiest babies in Sylvania, as they love to have pretend fights and make lots of yelling and shouting noises. One day they were so noisy that Ottilee accidently on purpose sprayed them with water from her firefighting hose! It made them very wet but it certainly did the trick and stopped them from scrapping! 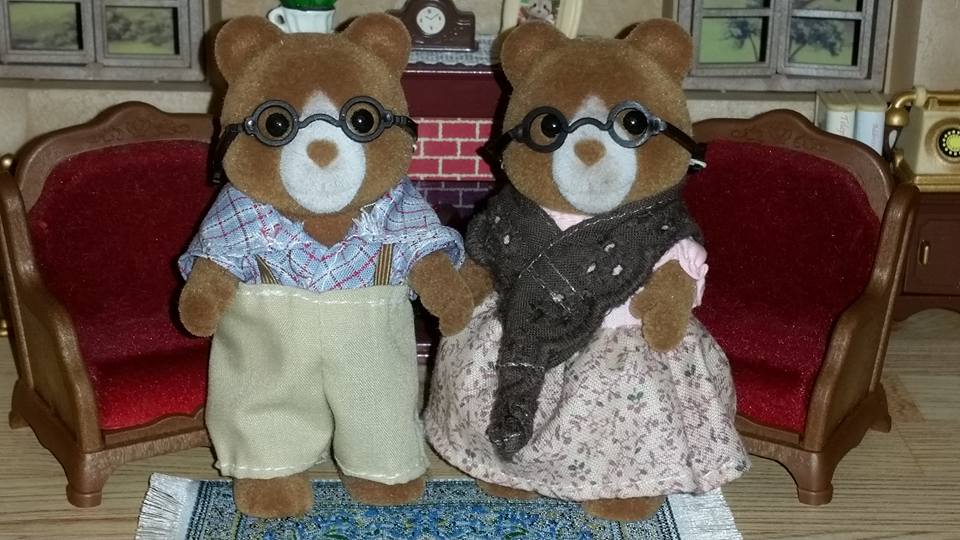 GRANDFATHER QUINCY MARMALADE never seems to sit down – especially when his granddaughter Ottilee is around! Ottilee is always dragging him off to play firefighters. He can't resist any request from Ottilee. So, even though he knows he will be in big trouble with Clementine for getting himself and Ottilee all muddy and wet, he never says no.He is building her a lovely red fire engine for her Birthday.

GRANDMOTHER CLEMENTINE MARMALADE is a wonderful Granny. Not only does she make the best blackberry and apple pies you have ever tasted, she also loves to be with her grandchildren and often has them over to stay. It's great fun because she spoils them so with delicious treats and arranges wonderful little trips to exciting places.

The Marmalade Bear family were first released in the UK in 1992. The grandparents were released a year later, as token collector exclusive figures. The family got a re-release by Flair in 2006, along with the grandparent figures. They are in the large bear mould, and were the last bear family released in this mould. The next bear family in the UK, released in 1999, were the Petites in the new smaller mould. The Marmalade family have a large teardrop on their face, similar to the Japan 'Teardrop' Bear family, but are of a much lighter appearance. The Marmalade Bear family were designed by Tomy exclusively to the UK range at the time, but were based on the JP Teardrop Bear Family. The family was released into the American Calico Critters range, but using the smaller bear mould. The family kept the same clothing as the UK release, and the babies came as a twin set. The grandparents were not released with the US version of the family. There was also a wedding set released of this family, The Hedges Bears.