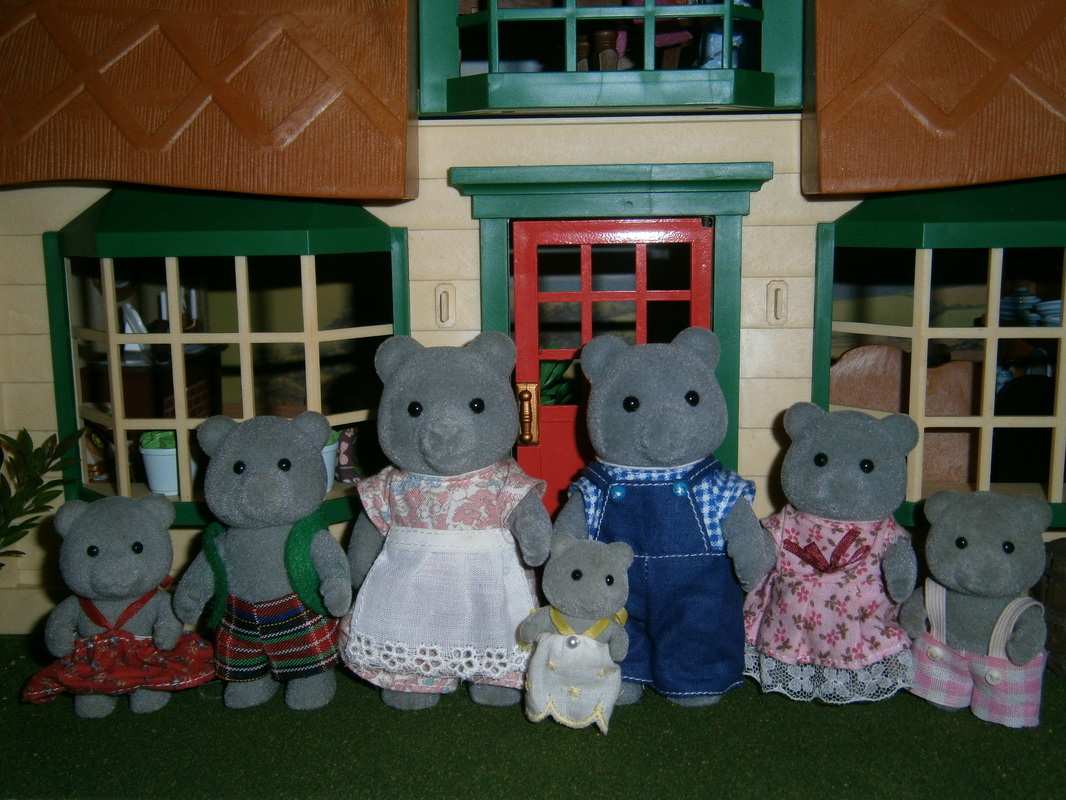 FATHER FORREST EVERGREEN is known as the 'Forest Doctor', because he is an expert in the ways and uses of plants. If you have a toothache he will make you a poultice of cloves, for a tummy ache he will recommend that you need ginger. For all the little children he has a 'cure all special', a big bag of lemon drops, which makes him very popular.

MOTHER HONEYSUCKLE EVERGREEN just loves reading. In fact she will read anything and everything, which is one reason why her shopping trips take so long! She reads all the details of all the ingredients on each and every tin and packet before deciding what to buy. Her favourite time of day is children's bedtime, when she can read them all a bedtime story.

OLDER SISTER SUMMER EVERGREEN loves going to school. She rushes there to meet her friends - and learns a bit too! Her favourite subject is reading and writing, inspired from all the bedtime stories her mother read to her when she was younger.

YOUNGER BROTHER PRESTON EVERGREEN is always fooling around, playing jokes or telling them. Everyone finds him very funny and loveable so he is excused for his pranks, even by his form teacher in school who sometimes laughs as well.

YOUNGER SISTER ASHLEY EVERGREEN just can't slow down! She is quick thinking, quick talking and moves at lightening speed! Spending any time with Ashley is truly exhausting as well as being a little stressful!

BABY SISTER POPPY EVERGREEN is a bundle of fun. Her favorite game is peek-a-boo.

BABY BROTHER DUSTY EVERGREEN is the opposite of his twin sister Poppy. He loves to while away the hours sleeping. 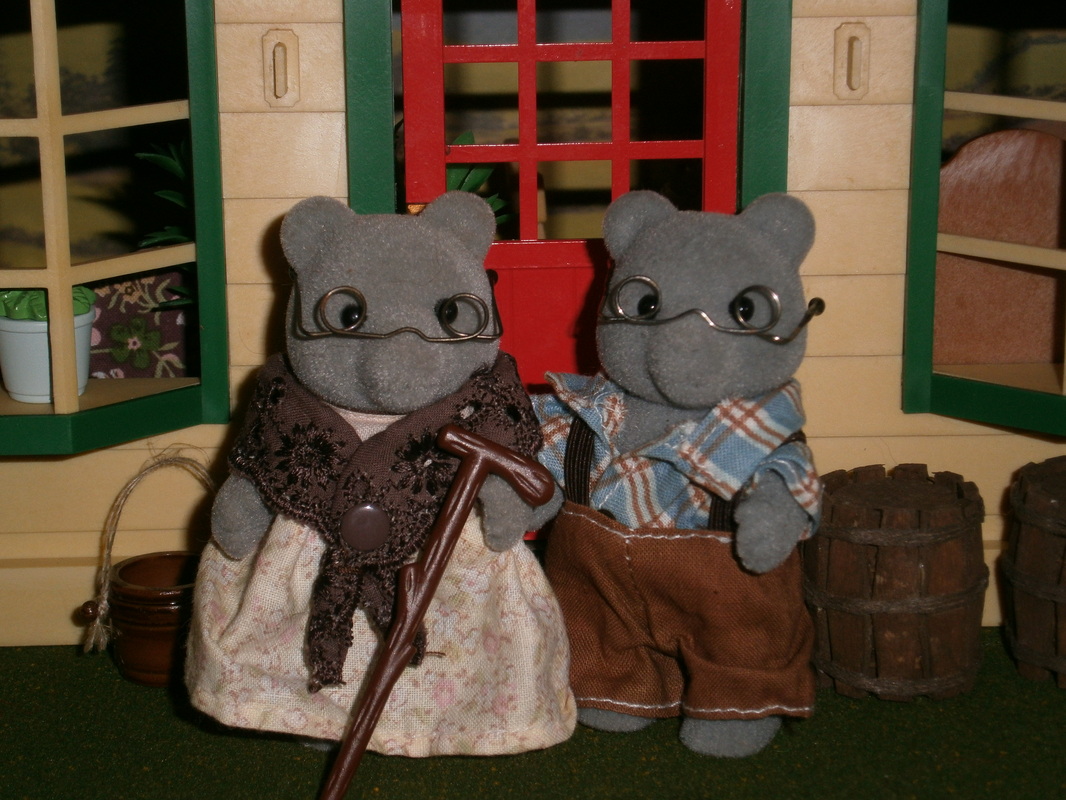 GRANDFATHER ERNEST EVERGREEN is Sylvania's great inventor. He locks himself away in his shed for days on end whenever he has an idea for some gadget or other. It must be said that not all of Ernest's inventions have been a success and many of them don't seem to work at all!

GRANDMOTHER PRIMROSE EVERGREEN is Sylvania's 'weather girl' with an instinct for what tomorrow's weather will bring. If her ears itch it will be sunny, if her toes itch it will rain, if her nose itches it will snow! Ernest jokes that if Primrose itches all over it will be because she has caught measles. 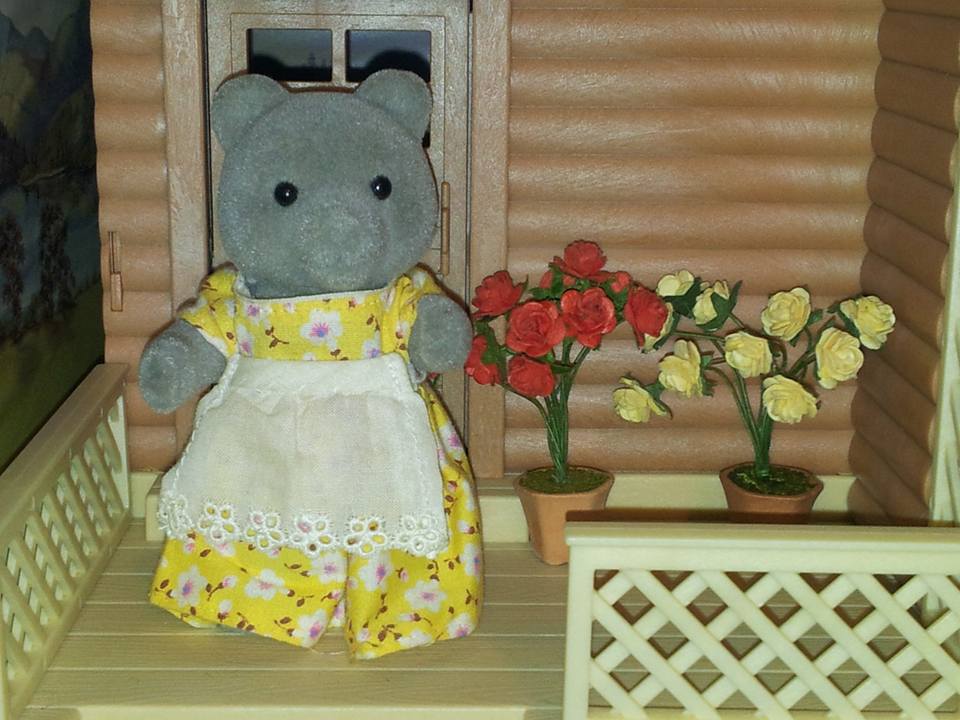 AUNTIE DAISY EVERGREEN spends a lot of her time in the garden, tending to her beautiful rose bushes. She has loved gardening from such a young age, and some of the rose bushes in her garden are what she planted from seeds when she was just a little girl! 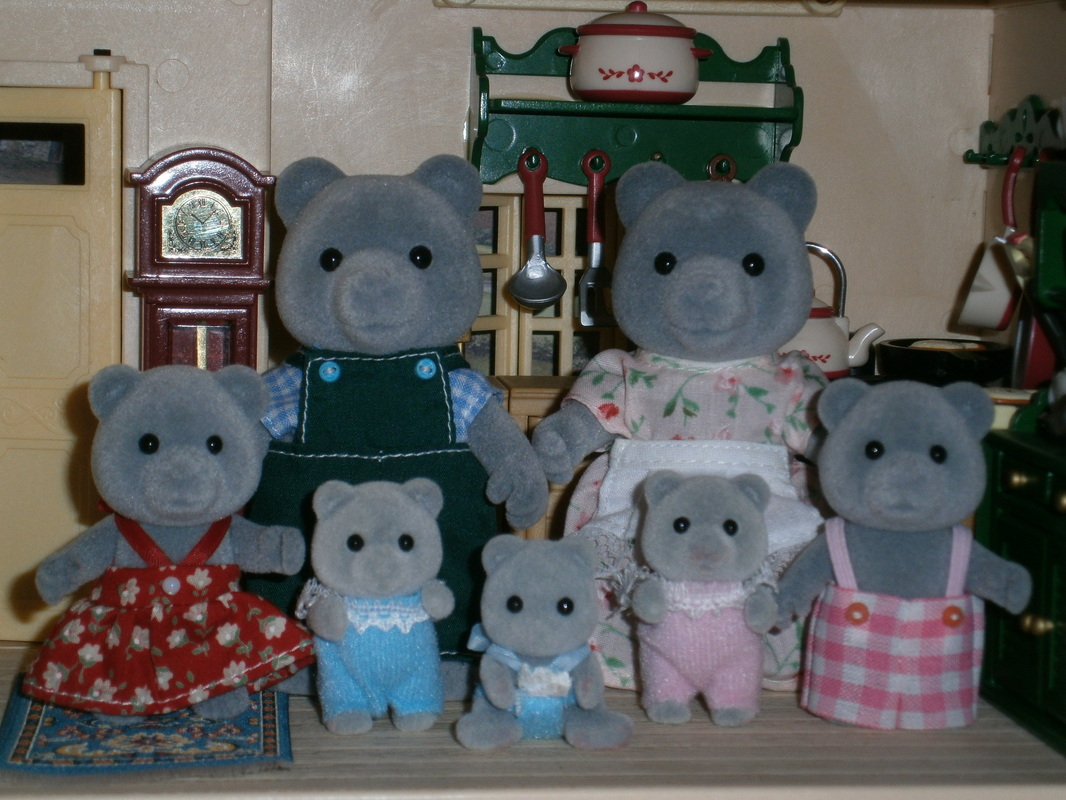 The Evergreen Grey Bear Family were one of the Original families first released upon the Sylvanian launch. Debuting in Japan and then being released in the UK in 1987. They were one of the largest families, with older siblings. The only other family with older siblings in the UK, were the Timbertop Brown Bear family. They also had grandparent figures. There was also a grey bear wedding set, called the Sweetwaters, who are most likely relatives. The family were retired at the start of the 1990's. In 2005, Flair relaunched the Evergreens, but without the older sibling figures. Their biography in the collector catalogue was expanded upon, compared to the original release (the 2005 biography is what I have used here, with the 1987 biography for the older siblings). They still kept a similar mould to the original released version (as a more recent bear family was now using the newer smaller bear mould). There was also a sitting baby figure, available in a carry case. In 2005, the parents, younger siblings and a baby figure were also re-released in Japan (using the original 1985 mould) as a celebration of 20 years of Sylvanian Families, also sticking to similar boxes used for the original release. 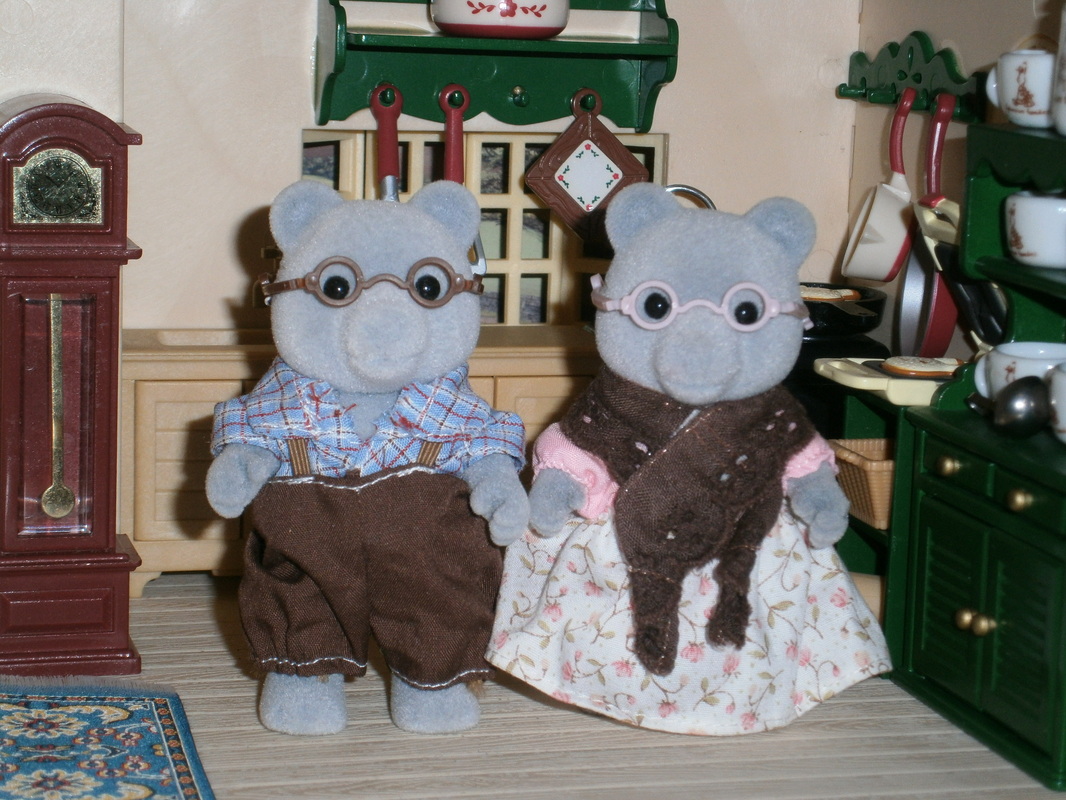