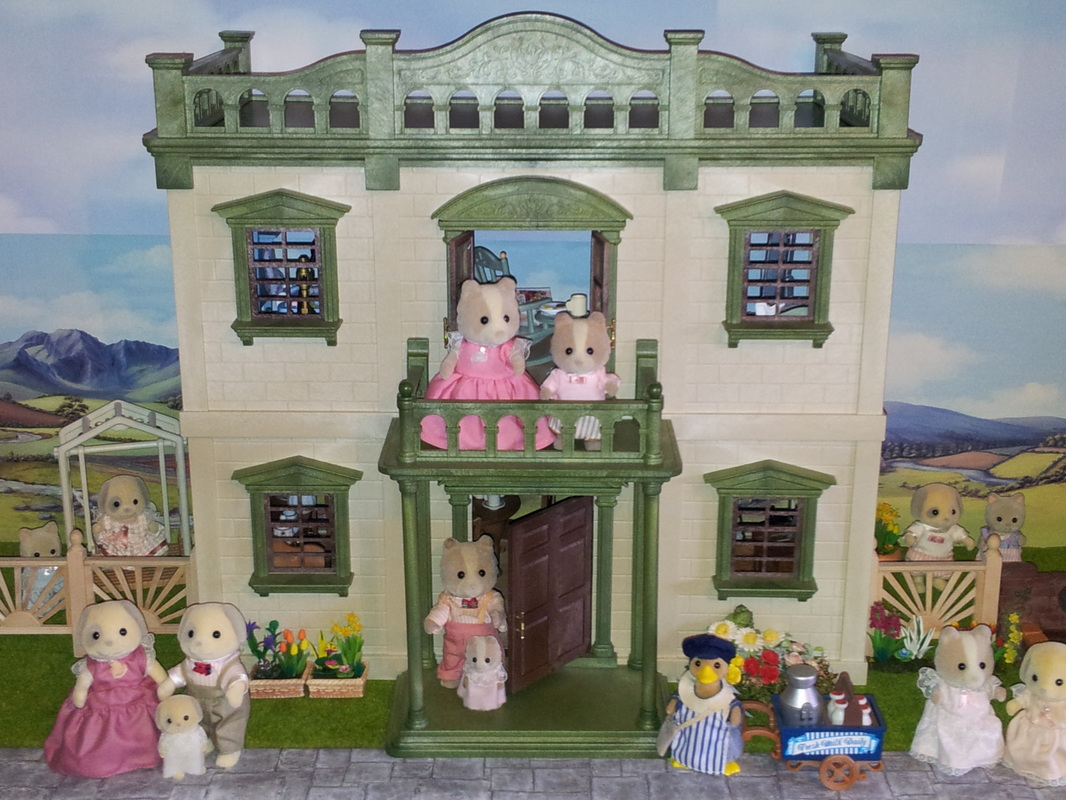 The Country Manor was originally released into the Japan range in 1987, as part of the new 'Urban Life' range. The Urban Life range was a more upmarket style of Sylvanian, with nicer, more old fashioned buildings and families I much smarter outfits. There was a new range of furniture as well, all done in an older style. The only buildings to make it into the UK range from the Urban Life collection was this building and the Country Mansion. When released in the UK in 1989, the Country Manor was a different colour to the Japan version. The balcony doors on the Japan building, has plastic in the panes, giving a glass look, whereas the UK version had nothing. The Manor is very similar to the mansion, except the mansion has an extra floor and an attic, along with a conservatory.

In my village, the Urban Life Farthing dog family live in the manor. They are often visited by their good friends the Patches family. I tried to furnish the house with Urban Life style furniture, some items from the range were released into the UK range in the late 1990s. The upstairs area is furnished with the Flair release blue bathroom set and green bedroom set. I used the 2015 Freya Chocolate birthday set to furnish the roof top patio area. 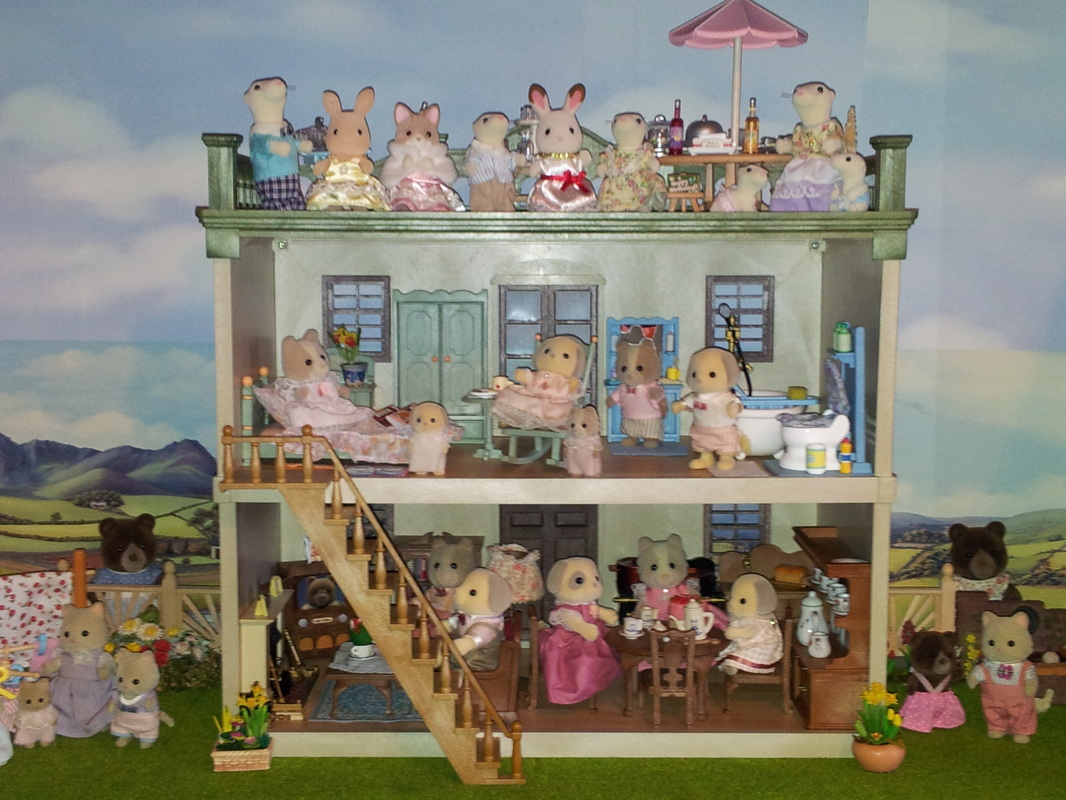