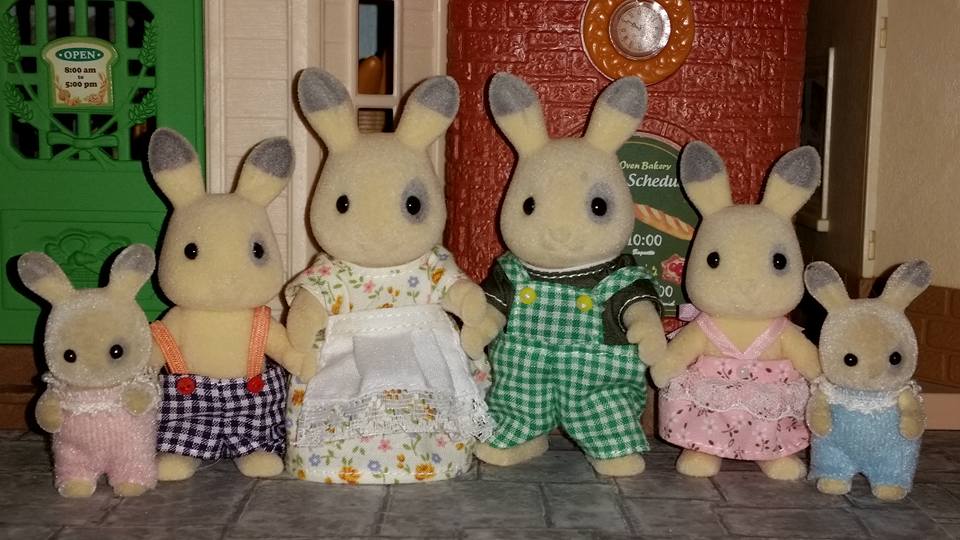 FATHER HECTOR CORNTOP loves digging in his garden. He's never happier than when he is planting row upon row of carrots and lettuce. He loves chatting over the garden fence to his neighbour Nancy Waters, who is also a big gardening enthusiast like him. They are often swapping notes and tips on how to grow perfect plants.

MOTHER CHRISTABEL CORNTOP is very proud of her fruit garden and orchard. Her apples are famous for being the crispest and the most delicious in the whole of Sylvania. She often swaps baskets of fruit for flowers with her neighbour Nancy Waters.

BROTHER SCOTT CORNTOP can run faster than any other rabbit in Sylvania. He's always organising races just so he can prove how fast he is. Once he starts running there is no stopping him!

SISTER KIRSTY CORNTOP loves dancing and putting on dance events. Her favourite event is the Barn Dance she puts on every year with Misty Waters at the school for all of the children of Sylvania.

BABY BROTHER KIM CORNTOP wants to dance just like his big sister Kirsty, but has a problem remembering all the steps.

BABY SISTER CORA CORNTOP likes to help her father in the garden, but she prefers pulling carrots up and eating them to actually planting them. 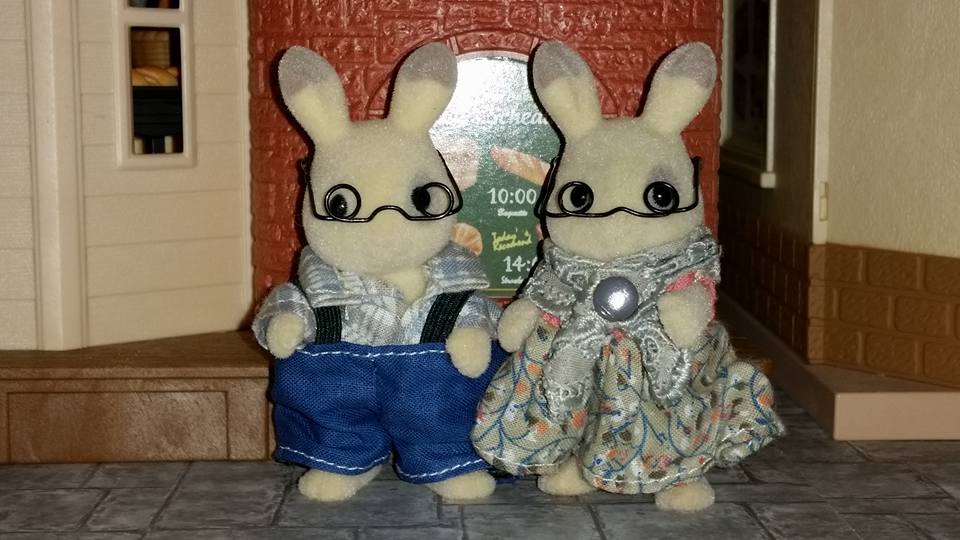 GRANDFATHER ZACHARY CORNTOP used to likes to spend his retirement in the garden with his son Hector and granddaughter Cora, tending to the plants. He always chuckles when he sees Cora pulling up the carrots, and then proceeding to nibble on them.

GRANDMOTHER ROSEANNA CORNTOP makes a delicious apple crumble and apple pie, using the freshest and crispest apples from her daughter-in-law Christabel's orchard. She often lets grandson Kim like the mixing spoon, once she has put everything in the oven. 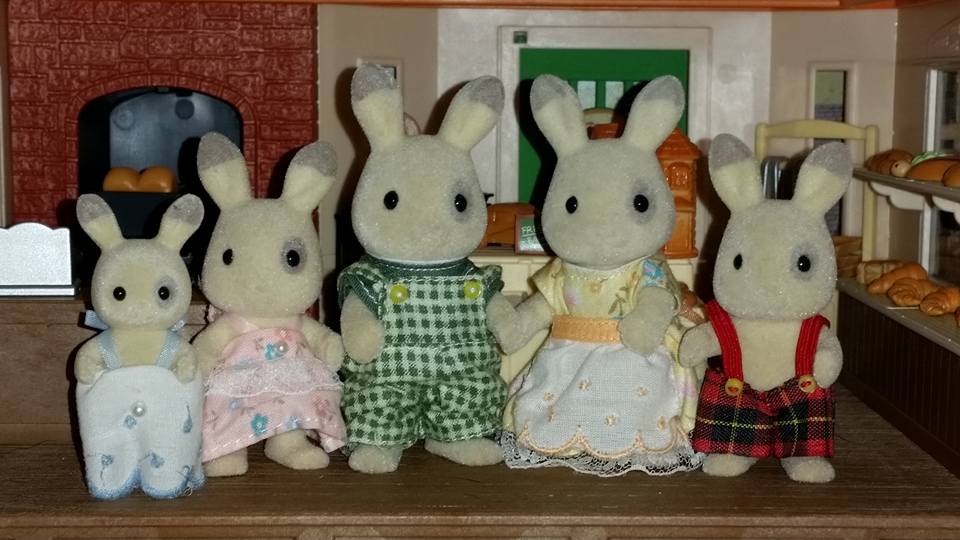 FATHER KENDALL CORNTOP unlike his brother Hector, is not very keen on gardening. The trouble is, he can not tell a plant from a weed, so he often lets his garden get overgrown. Luckily, his wife Sybil is more green fingered so the garden doesn't get too bad.

MOTHER SYBIL CORNTOP often despairs with her husbands lack of horticultural skills. She went away for a fortnight once, and came home to find he had pulled up all her nice flowers and left dandelions growing all over her flowerbed!

BROTHER AUSTIN CORNTOP is quite laid back and relaxed. He is the opposite to his cousin Scott. Some people say whereas Scott Corntop is the fastest rabbit in Sylvania, his cousin Austin is the slowest!

SISTER TRINA CORNTOP is quite a creative young lady, and can often be found in her fathers garden shed (which is not used very much by Kendall!) creating something. She has made some picture frames for her mother and also created her own dolls house.

The Corntop family were first released into the UK Sylvanian range in 1989, they were released in the third wave of figures, including the Underwood Badgers and Forrester Dogs. The grandparent figures were exclusive to the US market, where the family were called Hoppinset. The grandparents are quite hard to find these days, although every so often some appear on E-Bay. The family were released again in the early 2000s by Flair, wearing slightly different outfits. I have used the US first names for the Flair release of the Corntops, and created a biography for them.
Powered by