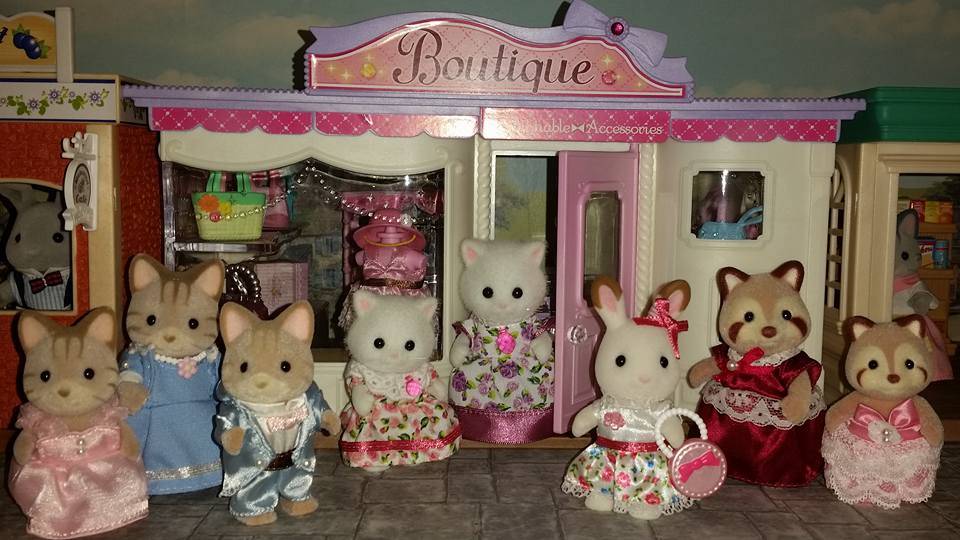 The 'Fashionable Accessories' Boutique is the fourth boutique/dress shop to be released into the Sylvanian Families range, making its debut in Japan in 2015, before getting a UK release in 2016. It is of a very similar design to the previous dress shop, released a few years previously. What sets this boutique apart from the previous releases, is that it focuses more on the accessories than the dresses. When released, it came with the Persian Cat mother (in my village she is the auntie) in an exclusive outfit. Two extra playsets were released, to complement the building. The first was a make-up table, released with a Persian Cat sister (in my village she is the cousin) in an exclusive outfit. The second playset was a dress rail with two dresses and an exclusive Freya Chocolate figure. I found it difficult to fit both of these sets in the boutique, so chose to not include the make-up table in my building.


In my village, the 'Fashionable Accessories' Boutique is run by sisters-in-law Cecilia and Cornelia Teak. Cornelia Teak has always been well known for her ability to accessorize every outfit she wears, be it with a handbag or a piece of jewellery. Her sister-in-law Cecilia suggested she open her own boutique, as most Sylvanian ladies would love to have somewhere nearby where they could do the same. Cornelia agreed, but only if Cecilia would run it with her. Cornelia makes all the beautiful bags herself, right down to the design to the hand stitching. Cecilia makes all the beautiful jewellery and dresses by hand. Their daughters can often be found at the weekend, helping in the shop. Many of the ladies in the Sylvanian Village can now be seen with an 'Original Teak' bag on their arm! 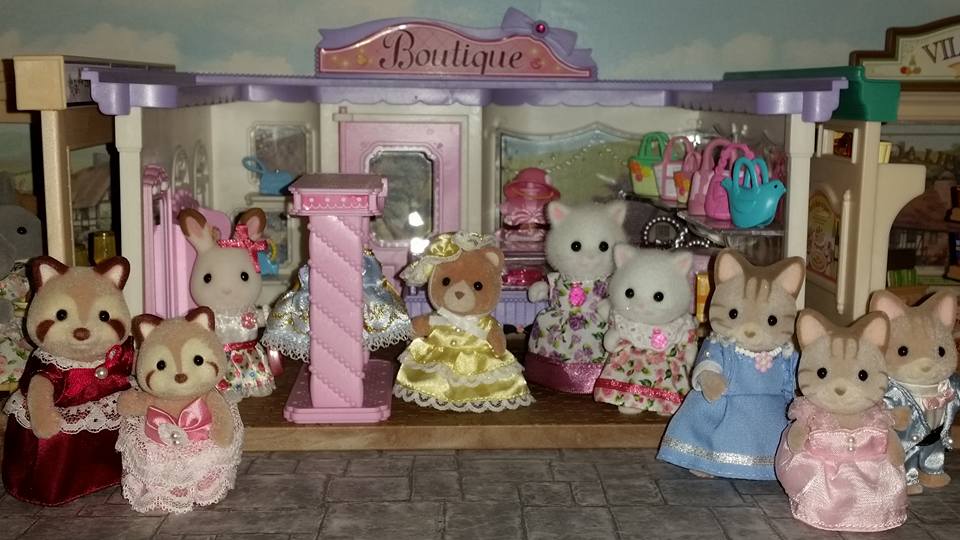