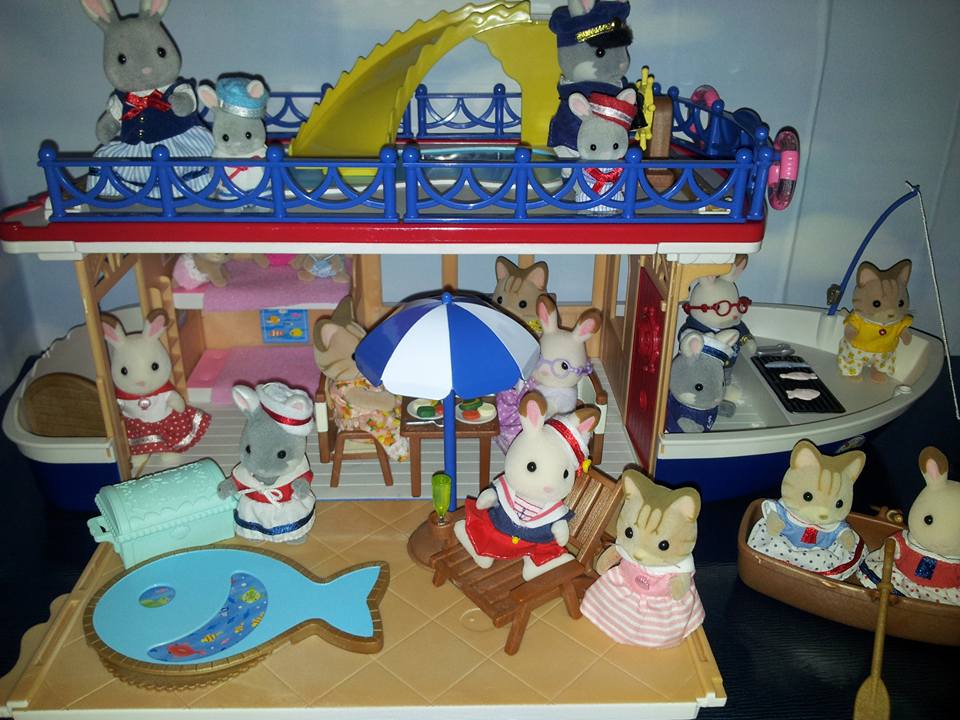 The Seaside Cruiser boat was first released into the Sylvanian Families Range in Japan in 2014, before getting a UK release in 2015. It came with an exclusive Freya Chocolate figure, wearing a red and white dress with a seashell necklace. There is a barbeque grill at the front of the boat, to cook all the fish that get caught at sea. There are also bunk beds which will convert into a shower area.  It also comes with an oven inside, and a table and chairs to eat. It also came with a little island and a palm tree, for the children to row over to in the little boat. The official story with the boat, is that Freya Chocolate's grandparents are often sailing around Sea-Breeze Cape, and she joins them for many adventures.

In my village, the Seaside Cruiser is owned by the Columbus rabbit family, who go out to sea and have many adventures on it. Knowing how much the Chocolate Rabbit grandparents enjoy sailing, they let them move onto the boat with them, as it is much more fun to go sailing with friends. Freya Chocolate often comes along, as well as other families who want an adventure at sea.

*On a side note, it is so difficult to do a really good display when it is meant to be all at sea. The pictures show my current display of the Seaside Cruiser, but I feel it still needs a lot of work doing to it to make it more realistic.*
Powered by