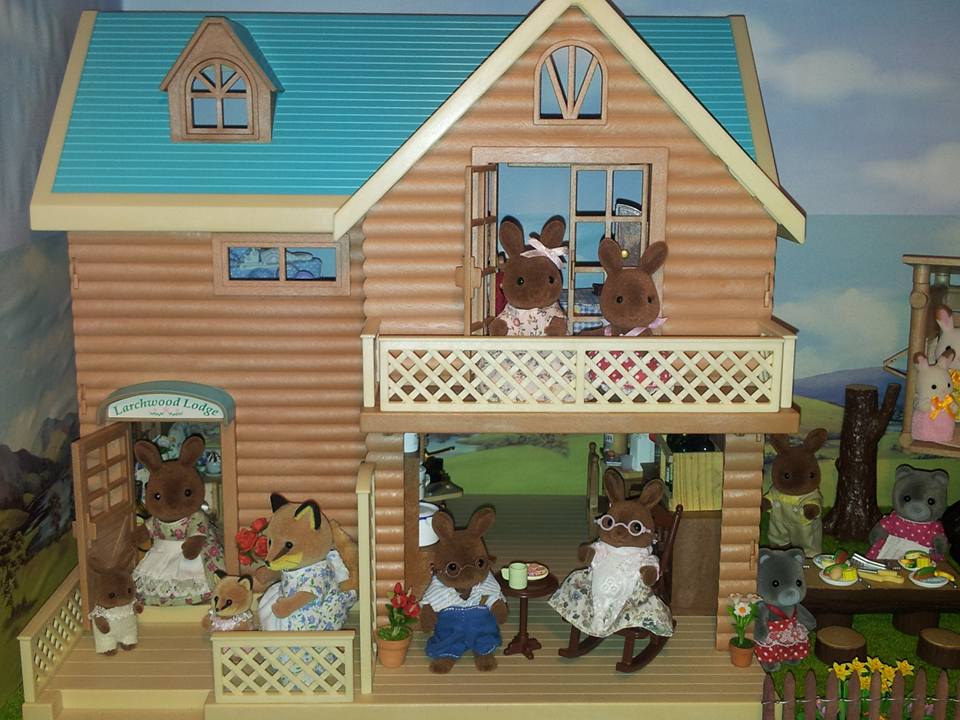 Larchwood Lodge was first released into the UK range in 2011, and is a re-release of the building originally called the 'Lakeside Lodge', which was originally released in 2002. As you can see from the pictures, it is quite a large house. The upstairs is all one room, but various furniture sets can seperate it into two. There are also two rooms downstairs, one large room and a smaller room with the staircase. The large downstairs room has an open porch area, which is nice for the Sylvanians to sit on in summer. Larchwood Lodge has a blue roof, while the original release Lakeside Lodge has the red roof.

In my village, the Wildwood Rabbit family live in Larchwood Lodge. It's a nice large house, which is perfect for when father Herb decides to throw a party. The large room downstairs is the kitchen/dining room for the Wildwood family. Mother Ginger is often downstairs cooking away.  I used a few non-Sylvanian accessories in this house. I got a wine rack of Beaujolais to sit on top of the kitchen sideboard, next to a cup rack. In my display of this building, I have also used the old Tomy Treehouse and the tree table and log stools for the garden. It's perfect for when Herb throws a barbeque and invites the villagers around. 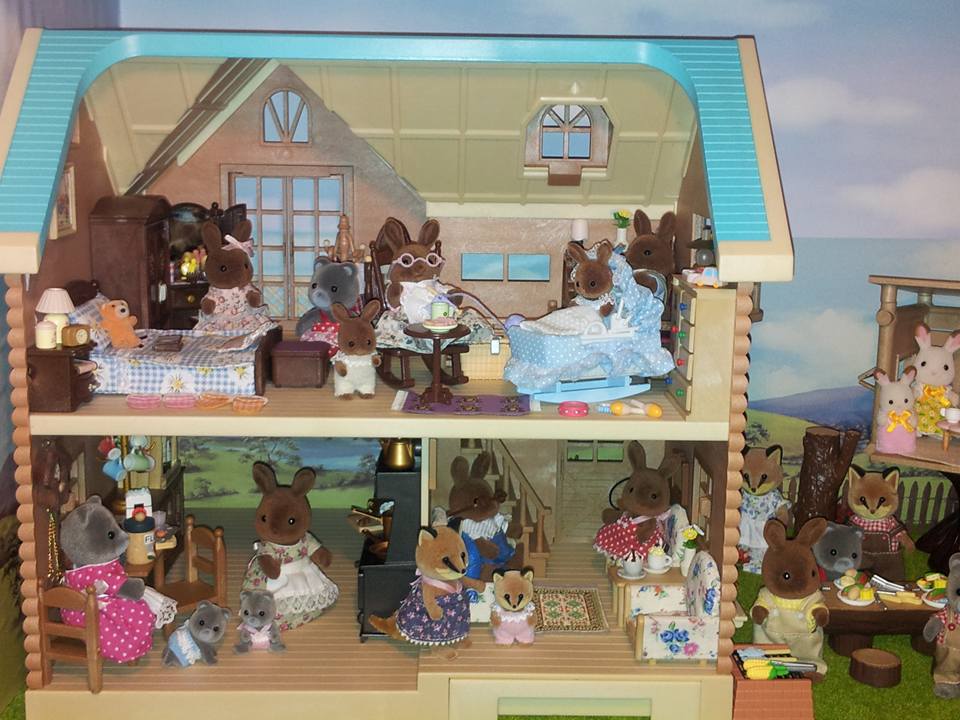