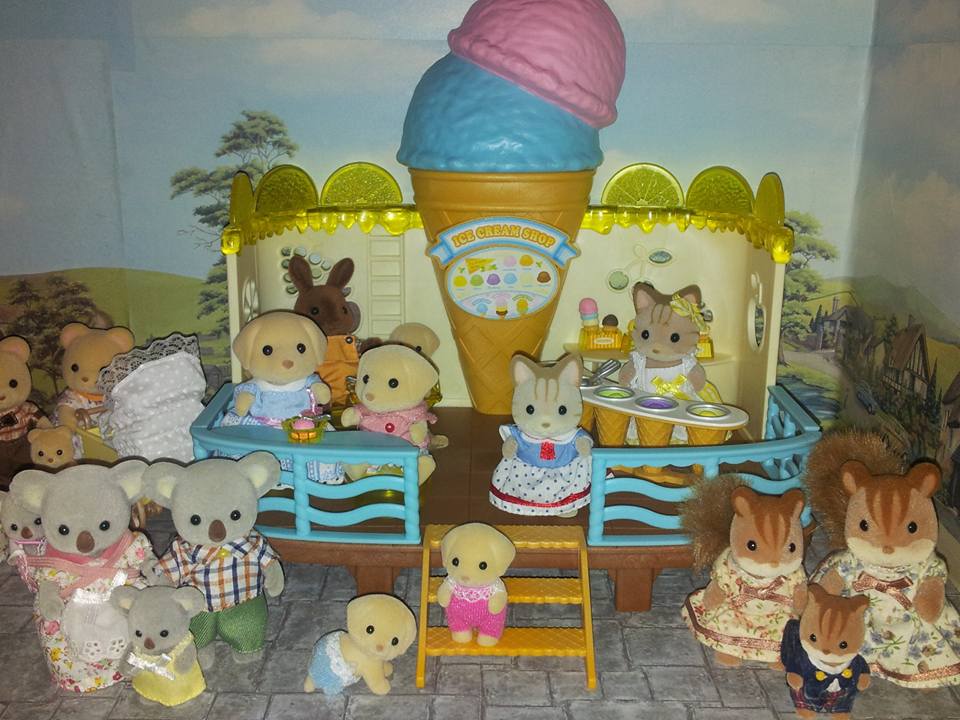 In my village, the Ice Cream Shop is on the coastline at Sea-Breeze Cape. Auntie Alicia Sandy runs the Ice Cream Shop. On a busy summers day her shop will be so busy, that Sylvanians will be queuing all the way down to the beach just for one of her delicious ice creams. In the school holidays, her daughter also helps in the shop, alongside her mother.
Powered by