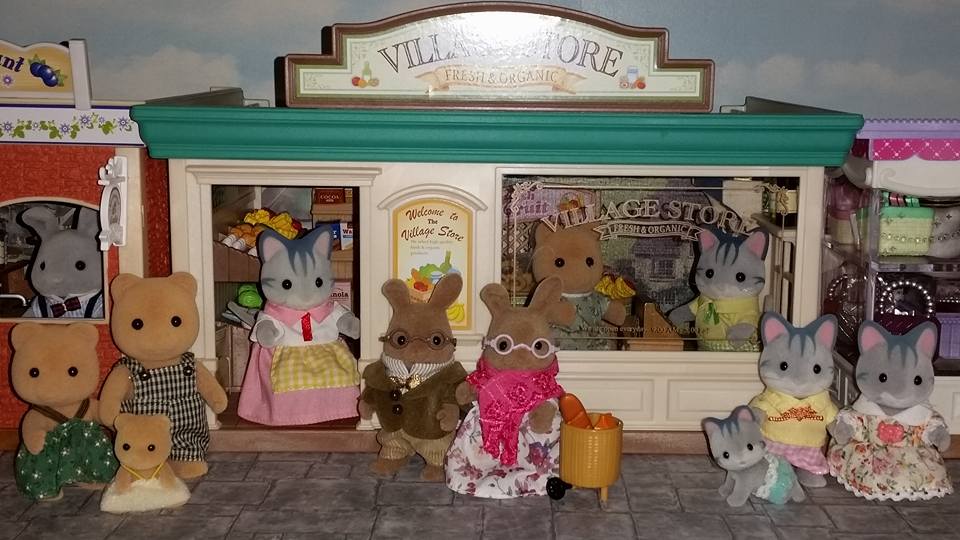 The Village Store was originally released into the Japan Sylvanian Families range in 2012, but was labelled as a Supermarket. It was released into the UK range as the Village Store in 2013, as one of the last ranges by Flair, before EPOCH took over the distribution of Sylvanian Families in the UK. In 2014, EPOCH changed it over to the Supermarket for the UK range. Both versions are the same, apart from the shop window and the signs. The original UK release was the standard building, with many accessories. The Sylvanian Shop in London carried an exclusive version, coming with a free mother figure in her shop uniform. I managed to get my version at the annual Sylvanian shopping weekend in Whitchurch of 2013. There have been a couple of other gift sets released since, coming with other exclusive figures and extra accessories.

The Harvey Grey Cat Family run the Village Store, and it can be found in the middle of the Sylvanian High Street. It was originally started by Grandparents Bert and Joyes Harvey, before being taken over by their sons, Perkin and Mark when they retired. Bert and Joyes still help out in the shop every so often, as they miss their chats with their regular customers. 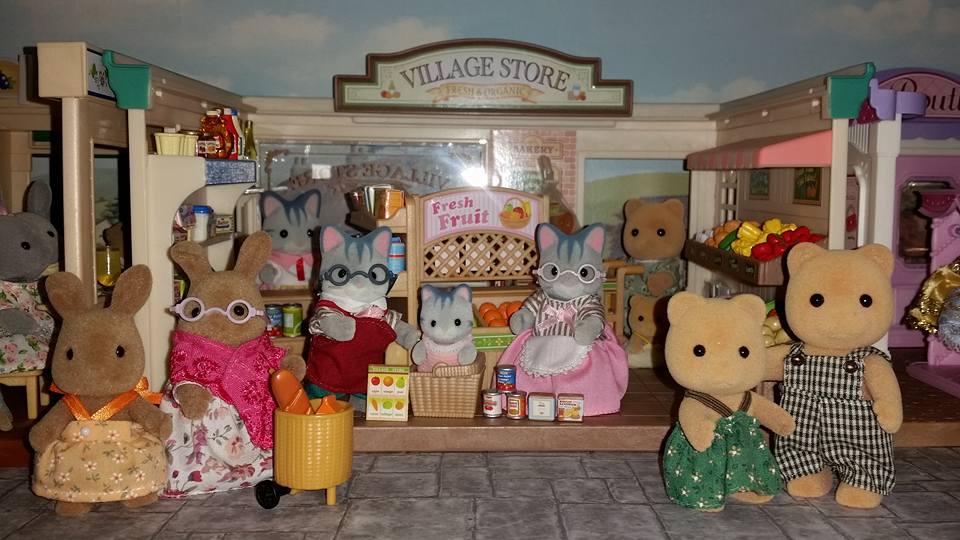