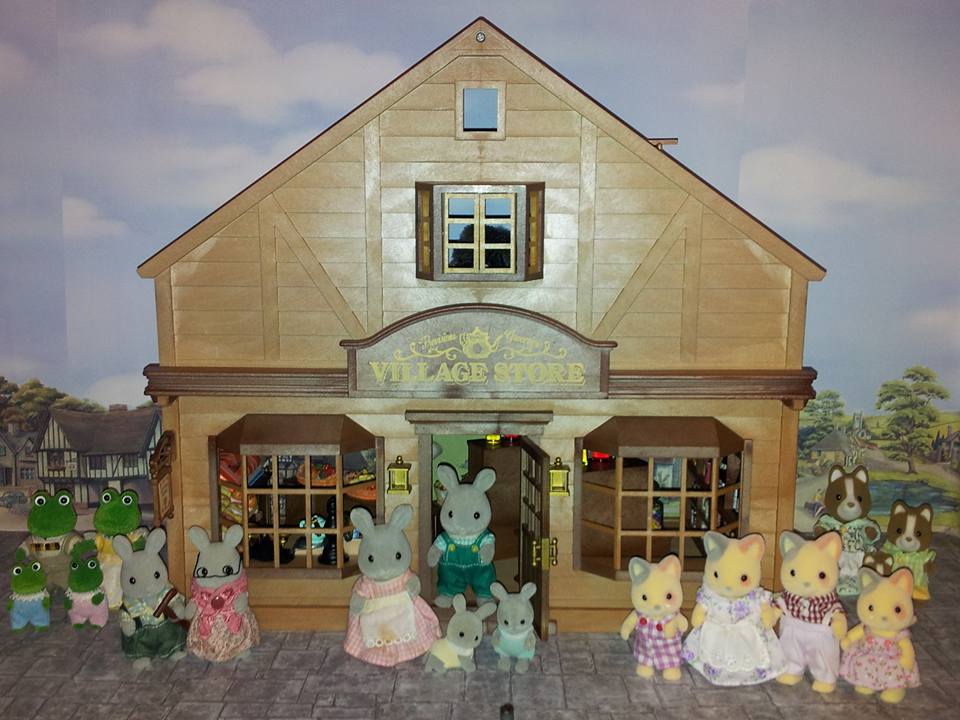 The Village Store was first released in the UK in 1992, having been released in Japan the previous year under the label General Store. It came with many various accessories, although in my building I have added lots of other accessories to make the shop more full, and also to replace items that were missing. In Japan, they released building extensions you could add to the shops, to create a living space upstairs. The extensions also came as a downstairs and upstairs in one building called The Big Red House. The upstairs of the boutique is the upstairs of that building, to add a living space. The extensions were mentioned in the Sylvanian fan club magazine, with a UK release hopeful. Sadly the upstairs extensions or the Big Red House never got a UK release.

In my village, the Babblebrook Rabbit Family run the Village Store. Father Rocky is always kept busy serving all his customers each day, and having a good chat with each and every one. He has also let the Osbourne Auntie run her doughnut stand from his shop. Grandmother Pearl was hoping to have a little cake stand in the store, but Rocky felt it better for his reputation, and for his customers taste buds, to let Auntie Osbourne have the area instead. I managed to get an upstairs for the building, for the Babblebrooks to live in. Because they are one of the original families, I really wanted their house to be decorated with all the original green furniture. 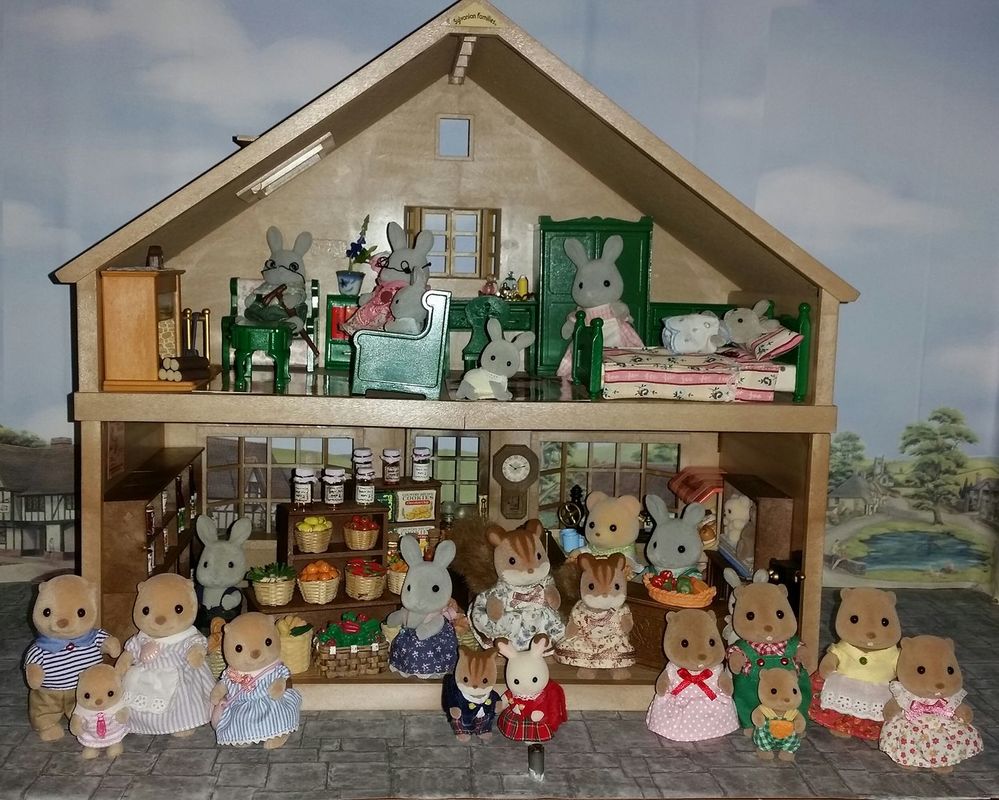