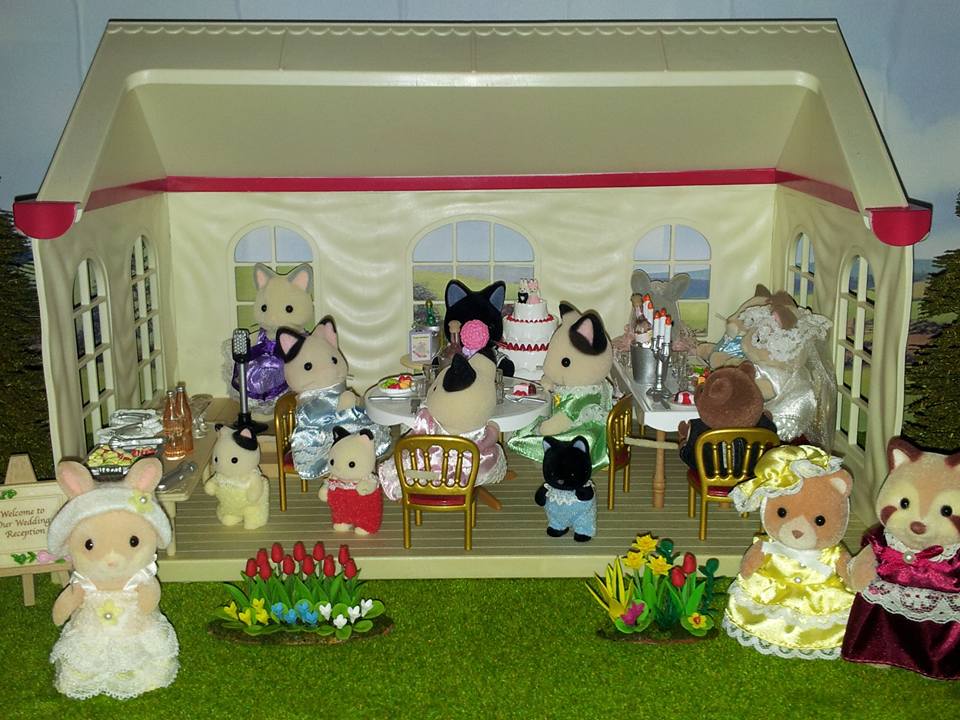 The Marquee was originally released into the UK range in 2008, and was different to the one pictured, which was released in 2012. The original marquee was blue and white, with the roof being a fabric material with blue and white stripes and two flags. It also came with a Fisher Cat grandmother figure and vegetables and cakes for a village show. The re-release of the marquee was done to fit in with the wedding range. This version came in red and white and only included the stand and speakers. Several wedding sets were released alongside the marquee, including the furniture inside.

In my village display, you have the Dante Cats celebrating their big day, with their guests the Marlowe Tuxedo Cat family in attendance. There is live entertainment thrown on, thanks to Mrs Cheshire, the wedding singer. 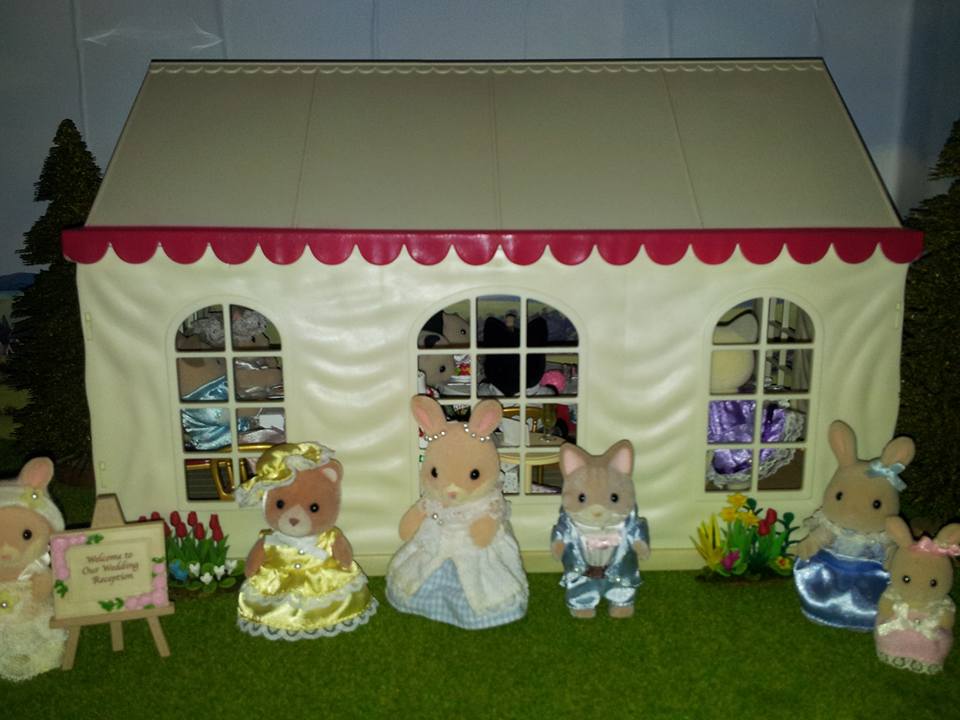