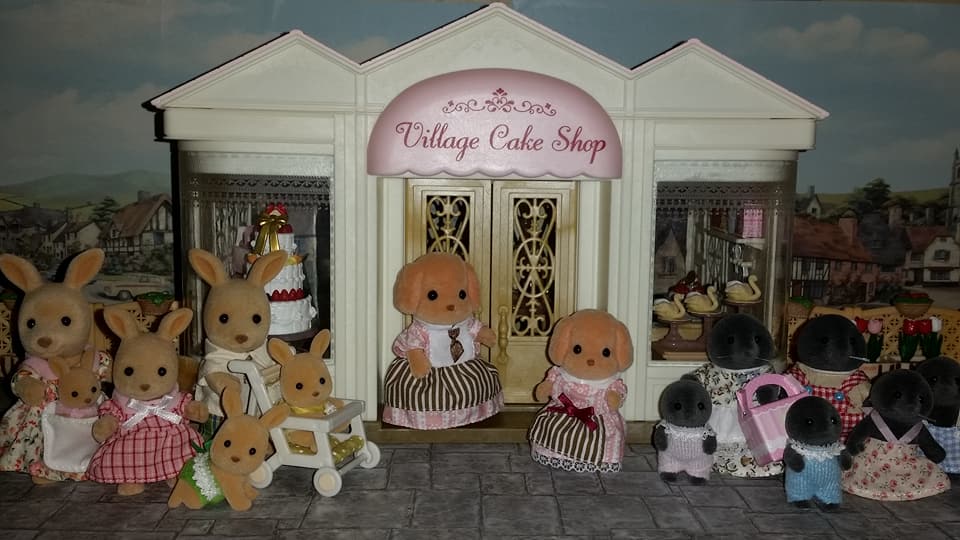 The Village Cake Shop was originally released into the Japan Sylvanian Families Range in 2016, before getting it's UK release in 2017. It came with an exclusive Cakebread Poodle Mother figure, who runs the Cake shop, and an additional set of a cake making set with the Cakebread Poodle sister was also released at the same time. The building came with a selection of cakes and stands also. I added the Japan Exclusive Fenton Labrador Mother figure with dessert stand to the Cake Shop. UK club members were also given an additional Cakebread Poodle Sister when they joined the fan club in 2017. 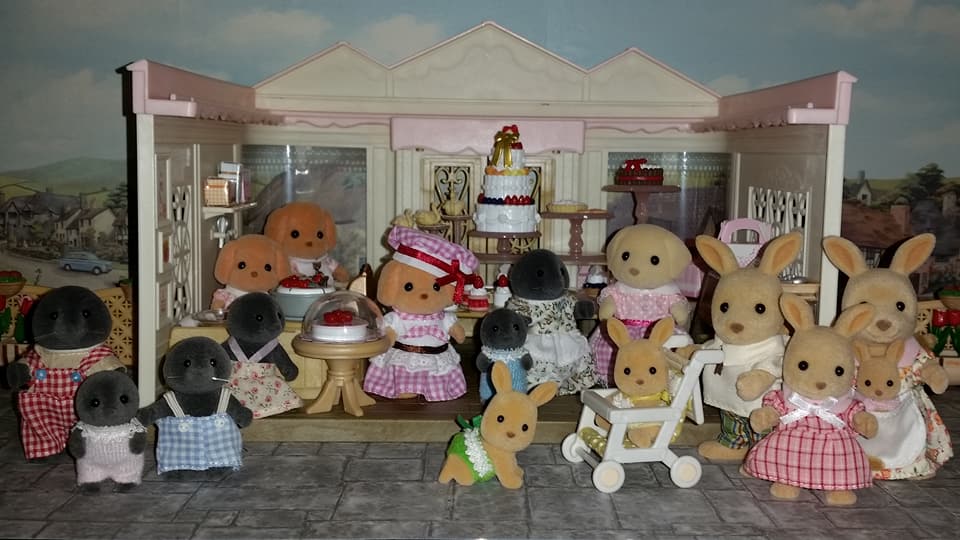