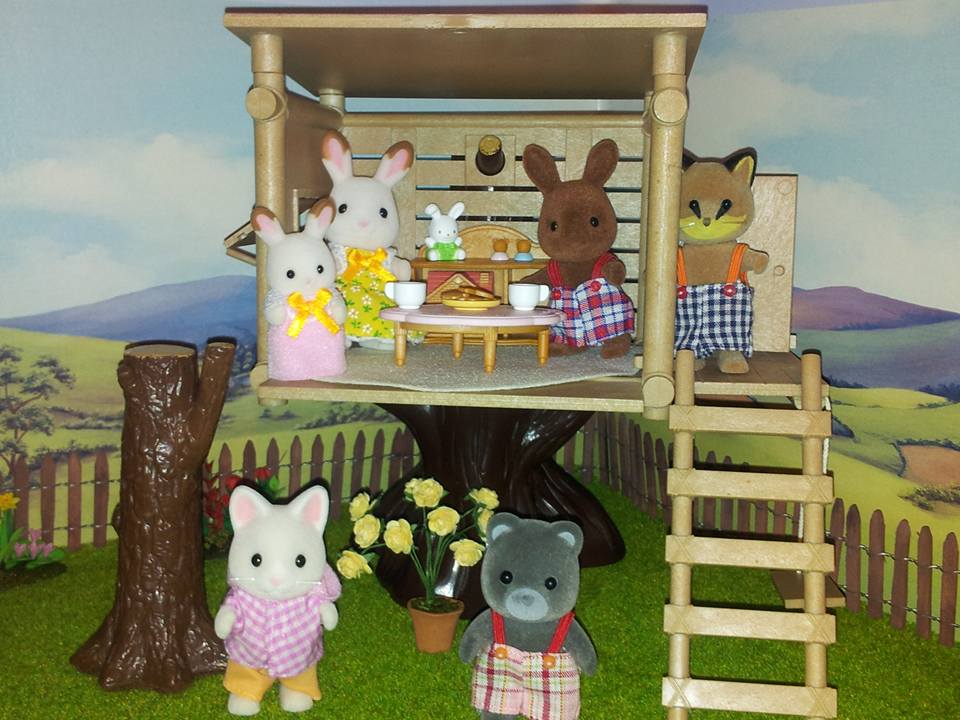 The treehouse was first released in to the UK Sylvanian Families range in 1988, having been available in Japan previously. It is quite a basic building, and is for the children to play in. It came with a ladder and a swing. There have been two other treehouses released into the range. One was a large tree, turned into a house. The second was a tree with a hollow trunk and a wooden house on the top.

In my village, the treehouse is in the garden of Larchwood Lodge, home of the Wildwood Rabbit family. Brother Rusty often plays in the treehouse, and invites his friends around to play after school. When his friend Freya comes over to play, he always puts out biscuits and hot chocolate on the little table.
Powered by