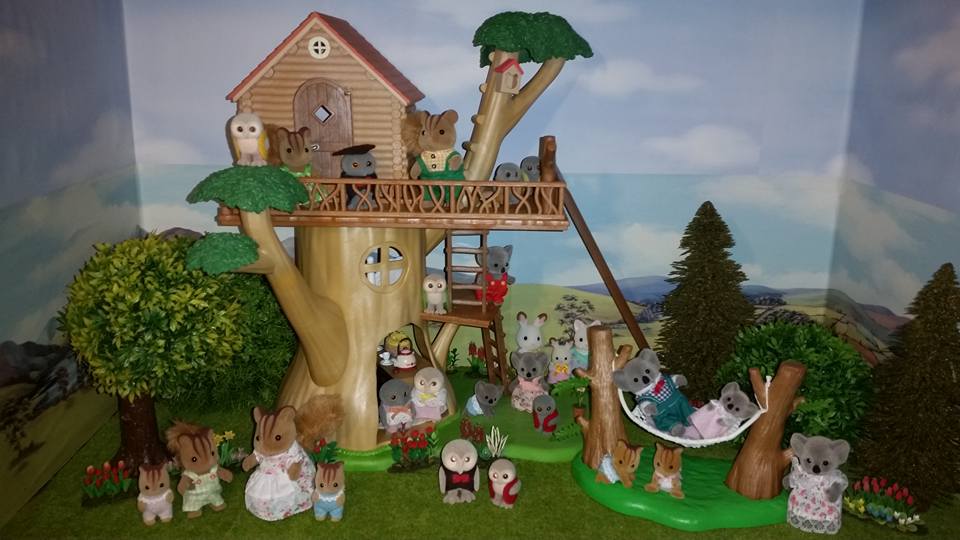 The Treehouse was released into the Sylvanian Families range in Japan in 2012, with a UK release the following year. It came with the Log Cabin, and was part of a new holiday range. The Treehouse can be connected to the Log Cabin. The Treehouse is designed for the Sylvanian children to have an adventure playhouse. There have been several releases of the treehouse, as special gift sets with exclusive figures. Most containing a variation of Freya Chocolate.

I decided when I saw the treehouse, that it would make a perfect home for the Treefellow Owl family. Because it is quite small inside (it is meant for the children figures) it was quite a squeeze fitting in furniture. I do think it works well as a home for them though. I was hoping to also fit in a bookcase, but the room sizes prevented it. 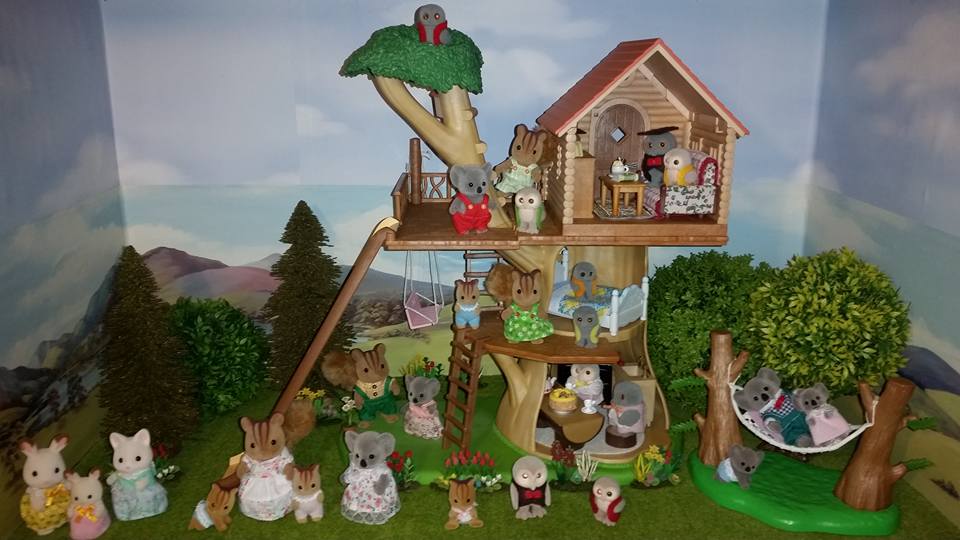