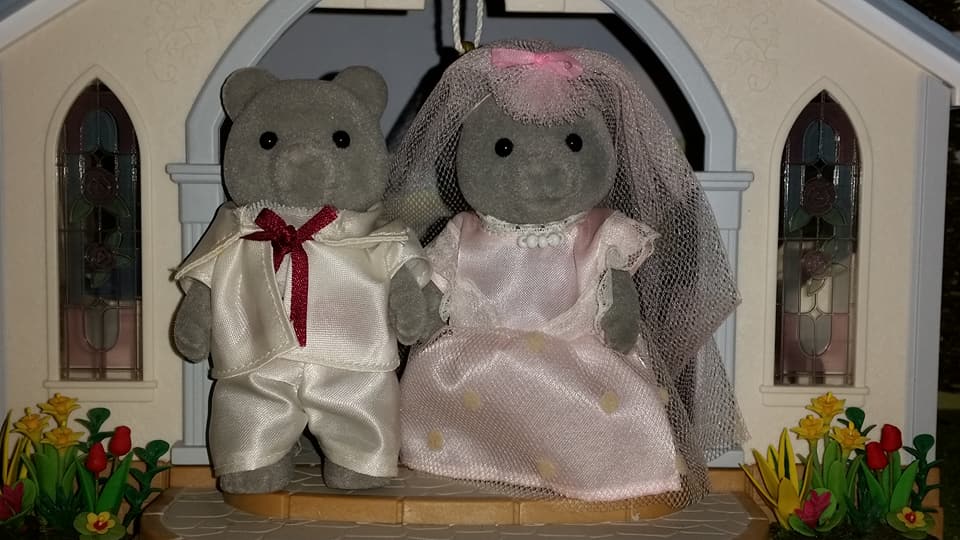 Morris and Kelsey Sweetwater spent many months planning their perfect wedding day. From the moment they met, they felt they were destined to spend the rest of their lives together. The last few months have felt like a whirlwind for both of them, from their original meeting, to their first few dates, to the proposal, to the planning stages, and now to today, the big wedding day. Their friends and families have all helped them with the preparations, so their big day can go smoothly and memorably.

The Sweetwater Bear Wedding set was one of the original four wedding sets released into the UK Sylvanian Family range when they launched in the UK in 1987. The bears are part of the Evergreen Bear Family. They had a short life in the range, unlike the Honeypot and Brighteyes wedding sets, which were available from the token collectors club for many years. Although they had a short life span, they do appear on E-Bay quite regularly, but I have noticed recently they are getting more expensive to buy.
Powered by