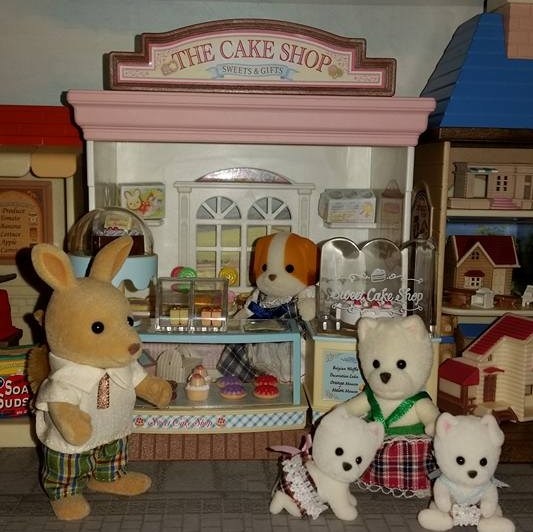 In my village, this cake shop sits along the other small shop buildings, including the Sylvanian Toy Shop and the Sainsburys shop. The Chiffon dog mother runs the shop, with many regular customers each day. To fill the shop more, I added the Japan cake shop counter and accessories which were released in the early 2000s.
Powered by