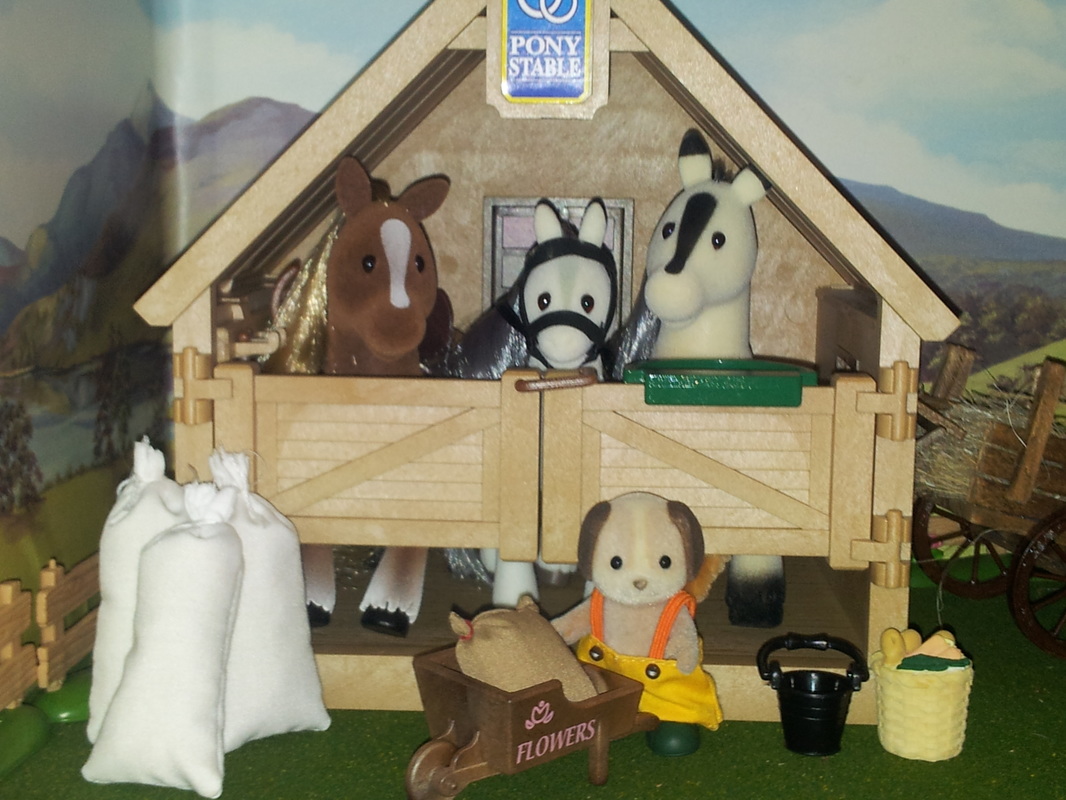 The Pony Stable was first released into the UK Sylvanian Families range in 1990, and launched the 'Pony Club'. A new range of ponies who helped the villagers, such as pulling the ice cream wagon, or the Underwoods caravan. The Pony club, including the stable, got a relaunch into the Sylvanian range by Flair in 2004. The stable came with Holly the pony.

In my village the stable is based at Meadow Croft Farm, where Harold Beagle can often be found cleaning out the stables in return for being allowed to have a ride through the fields on a pony. All the ponies are kept very warm in their stable, especially in winter when the snow descends on the Sylvanian Village.
Powered by