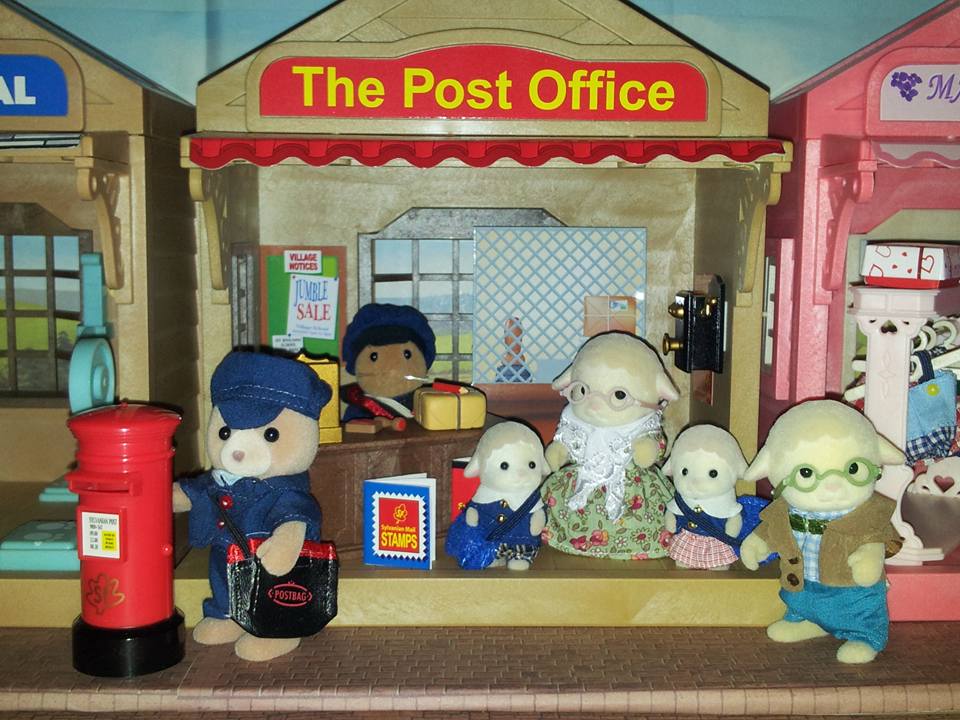 The Post Office was first released into the UK range of Sylvanian Families in 1992 by Tomy, a year after the florist and hospital. It came with an exclusive figure, Samuel Stamp, who was the village postman.  It also came with a postbox, some letters, a counter, and a cardboard cut out background. When Flair took over the distribution of Sylvanian Families in 1999, they re-released the Post Office. There is a variation of this building, exclusive to Ireland, with the red colours of the Post Office being replaced with their traditional green colours. A postman figure, Postman Pete Petite was released by Flair in the late 2000's. He didn't come with a building, but he did come with a bicycle and a parcel to post.

In my village, the Post Office is displayed with the similar sized shop buildings, in an area I class as the 'Old Town' of the Sylvanian Village.
Powered by