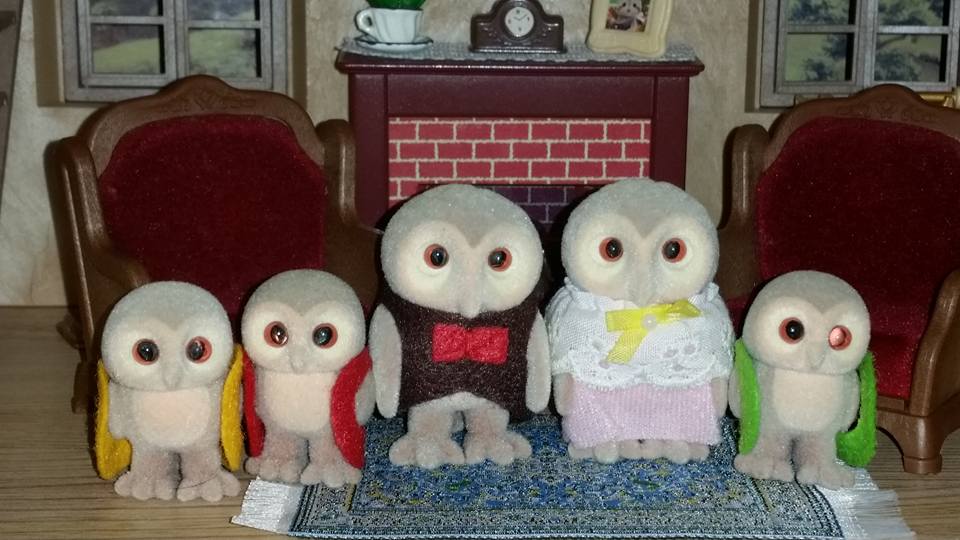 FATHER SEEWELL PLUME is the sage of the Sylvanian Forest, who knows many secrets. He is the fount of all knowledge and all the sylvanians flock to him for advice.

MOTHER EVANGELINE PLUME is versed in the ways of the weather and she can predict rain, wind or snow, weeks in advance. If you are arranging a picnic in Sylvania, it is best to talk to Evangeline before fixing the date.

TRIPLETS FLEUR, DEE AND LEE PLUME are known collectively as 'the three feathers'. They do everything together and are never seen apart. The three sit together in class and work very hard at all subjects, especially Biology, Sociology and Geology.


The Plume Owl family were first released in the UK in 2003, and were the second owl family released in the Sylvanian range. They appear to have had a very limited run in the UK, and are very hard to find these days. Their clothing is practically the same as original owl family the Treefellows, as is their size. The only real variation is they are of a lighter appearance. This family was also released in Japan, as part of 'The Dream Project' range, but were of a whiter colouring. The Dream project range was released approx in the mid-2000's.
Powered by