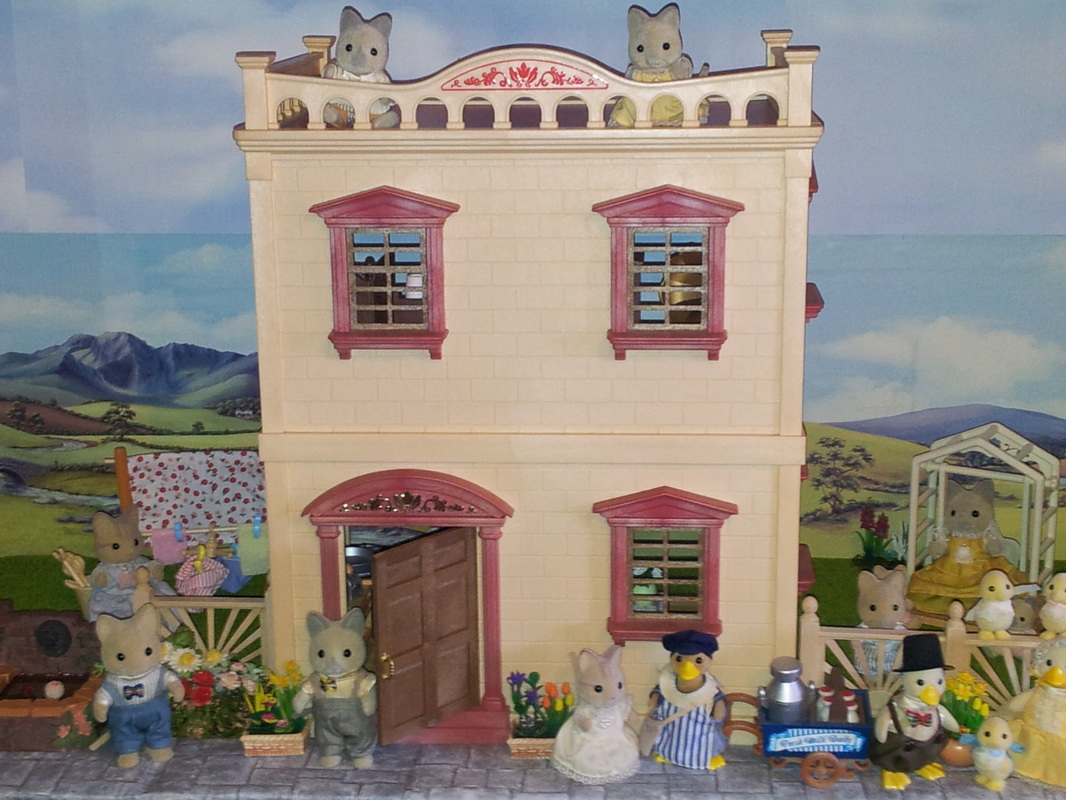 The Pink Corner House is a Japan Exclusive release from 1988, as part of the Urban Life range. I am unsure if this was it's official name, but I found the name online and think it does suit the building. It was the second house released in the Urban Life range. It was never released in the UK, and is quite a rare find these days. I found mine on the Japanese auction site Rinkya, complete with box. The building has faded a lot with age now but is still in a good condition. It is of a similar style to the Country Manor, but on a smaller scale. It was difficult selecting the style of furniture I wanted for this house, as I wanted smart furniture, but had used a lot of the posh furniture on the Country Manor. I had to sacrifice having a full kitchen, as the building is quite small, so Mrs Solitaire has a trolley instead to store all her kitchen items. Eventually I settled on the Flair released Drawing room furniture set, with the deluxe master bedroom set for upstairs. I managed to find a Tomy gramophone, which I put upstairs. On the box of the house, they had a gramophone and sofa upstairs and I thought it looked good so hunted one down.

In my village, the Urban Life Solitaire Cat family live here. They often have their good friends the Catwood family come over and visit. Grandmother Primrose Evergreen is often babysitting for the family, and likes to sit in the upstairs bedroom in the comfortable rocking chair and listen to music on the gramophone. 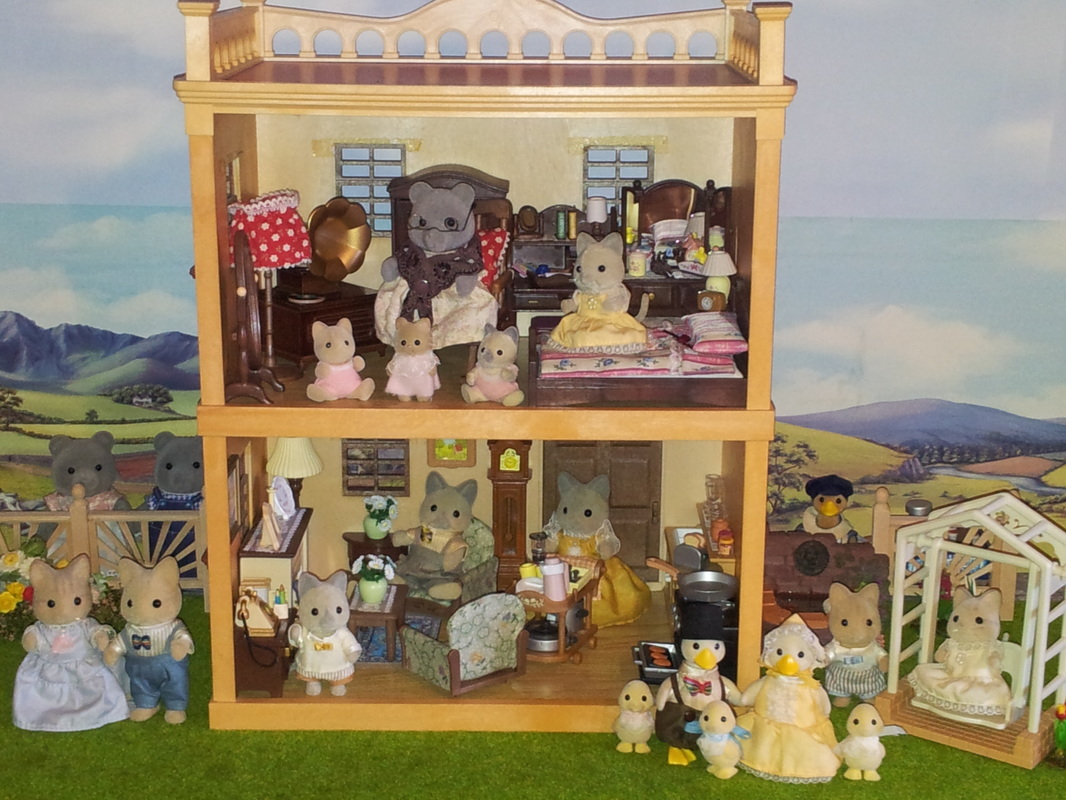