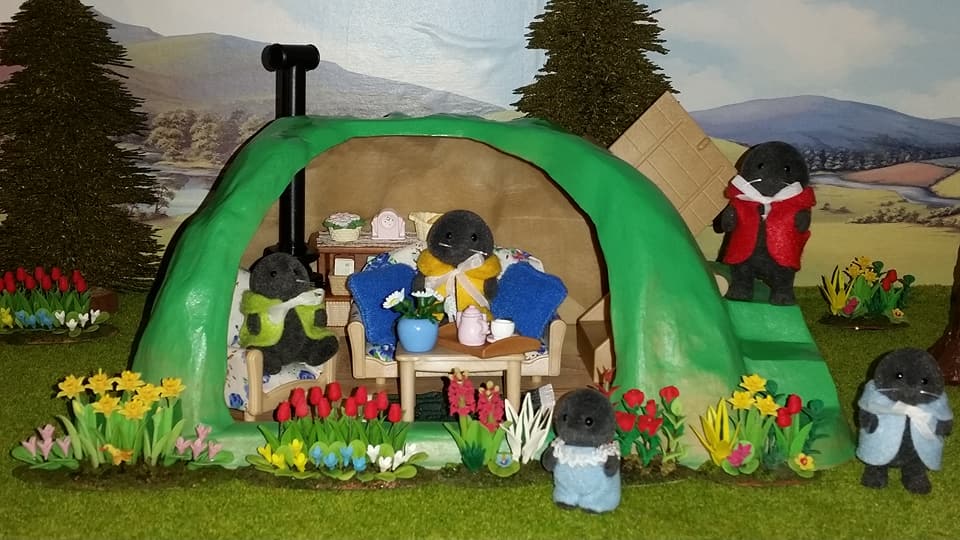 The Mole House was a Japan exclusive to the Sylvanian Families range, originally released into the market in 1986. It had a re-release in the mid 2000s, and was sold for a short time in the UK from the Sylvanian Families shop in London. It is quite a hard building to find these days. I was lucky to find mine quite early on when I started my collection, and won it on E-Bay. I haven't seen one for quite a while now. It has a small stove atached to a chimney, and also comes with a small bed.

In my village, one of the McBurrows mole family variations live in the mole house. I have it located near to the very large treehouse, and the Furbanks Squirrels are their neighbours. 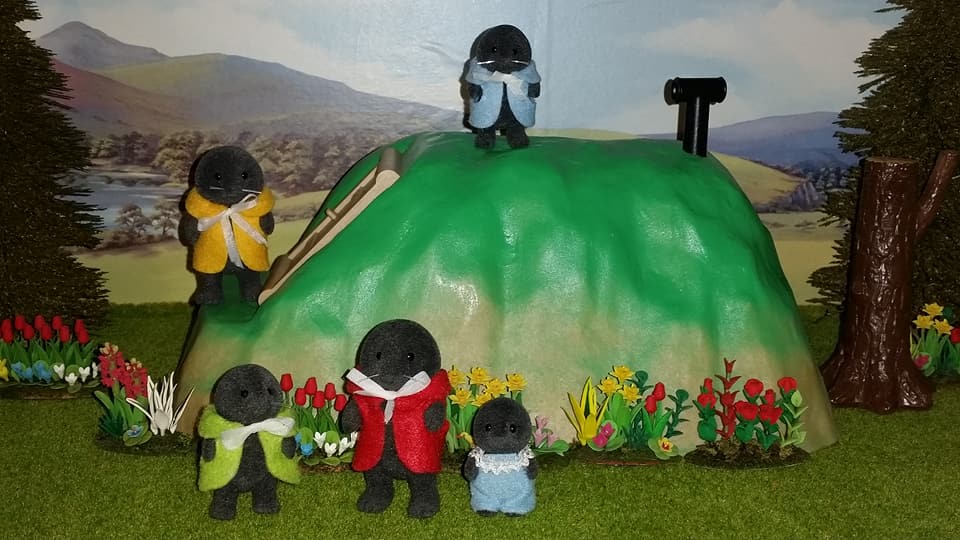