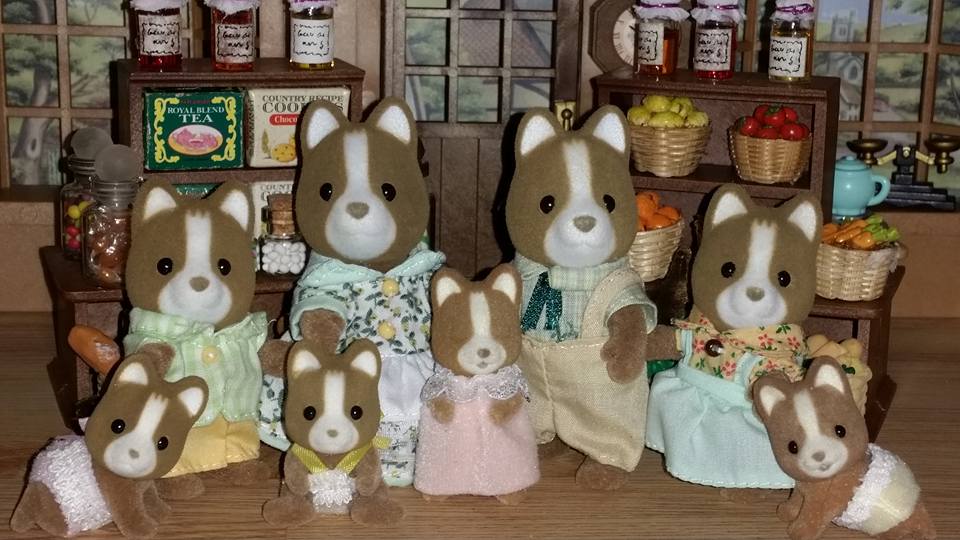 FATHER HUBERT ALAN HUCKLEBERRY is a writer and 'wordsmith' who loves finding out the meaning of names and new words. He was especially pleased to discover his name means 'Bright minded'. In order to write in peace and quiet, he escapes to his 'writing den' at the bottom of the garden. His den is lined with shelves full of books, a chair and a small desk littered with scraps of notepaper. On the desk, amongst all of Hubert's paperwork is a battered old typewriter he calls Archibald! The name Archibald means 'genuine and bold' which Hubert feels sums up his writing. The typewriter is also a bit of a snitch! If the sound of keys driving an image through the ribbon onto the loaded sheet of paper can't be heard pounding from the den, it usually means Hubert has fallen asleep at his desk.

MOTHER HATTY HUCKLEBERRY is a very level headed and practical lady who knows what she wants. Hatty means 'House Ruler' which is just what she is in the huckleberry household! Hatty's house rules include - leaving dirty shoes in the porch, putting dirty clothes in the dirty linen basket and not leaving them on the bedroom floor, doing homework before watching TV and putting your dirty dishes in the sink after meals. Her list of rules is endless and of course, difficult to impose completely in a household of children and a vague, preoccupied husband who is always thinking of new plot lines for his creative writing! So as she picks up socks and a plate of half eaten biscuits from the bedroom floor, she smiles and thinks to herself: "The children did remember to buy me my favourite hand cream for my birthday and get me some flowers on Mother's Day."

BROTHER DENNIS HUCKLEBERRY is strong minded about what he will and will not eat; his diet consists of five things and five things only! Taramasalata with pitta bread, potatoes either mashed or as chips, eggs boiled or fried - never scrambled, Marmite on toast for breakfast, Marmite sandwiches during the day and sweetcorn cooked on the cob. His parents, Hubert and Hatty, have tried to vary his diet but to no avail. Dennis means 'Belonging to the God of Wine', but his parents think it should have been...the God of Whine, which is all he does at the dinner table when presented with a meal that does not conform to his five a day!

SISTER ESME HUCKLEBERRY's name means 'Beloved', a suitable name for daddy's little sweetheart. Esme dotes on her father and is always waiting at the door for his return from his 'writing den' at the bottom of the garden. She can't wait to give him a hug and a kiss before fetching his slippers and making him a cup of tea. Her love of words and their meanings is only matched by her father's. The two of them regularly enjoy a game of scrabble, seated at the kitchen table matching their skills and knowledge of words, seeing who can win the most games in an afternoon session.

BABY SISTER CORDELIA HUCKLEBERRY's name means 'Warmhearted', but she is sometimes far from that to her baby brother, Jethro. Whatever Jethro has or is playing with, Cordelia demands to have! "I want!" seems to be her mantra. Hatty, her mother, did try to put a stop to this by peeling an onion and handing it to Jethro, who accepted it with a thank you. "I want it!" cried Cordelia, before Jethro could take a bite. The onion was passed across to her by her brother and in no time Cordelia devoured the vegetable with a look that said: "I want more". That look was soon replaced by a gasp, then a howl of complaint and watery eyes.

BABY BROTHER JETHRO HUCKLEBERRY's name means 'Superiority', when in fact he is a lovely, quiet little boy who is happy to fit in with anything his bossy baby sister, Cordelia, suggests. 'Serenity' would match Jethro's personality closer than 'Superiority'. He likes to hide from his sister and read his picture book in peace and quiet and his favourite hidey-hole at the moment is an old cardboard box in the downstairs cupboard. 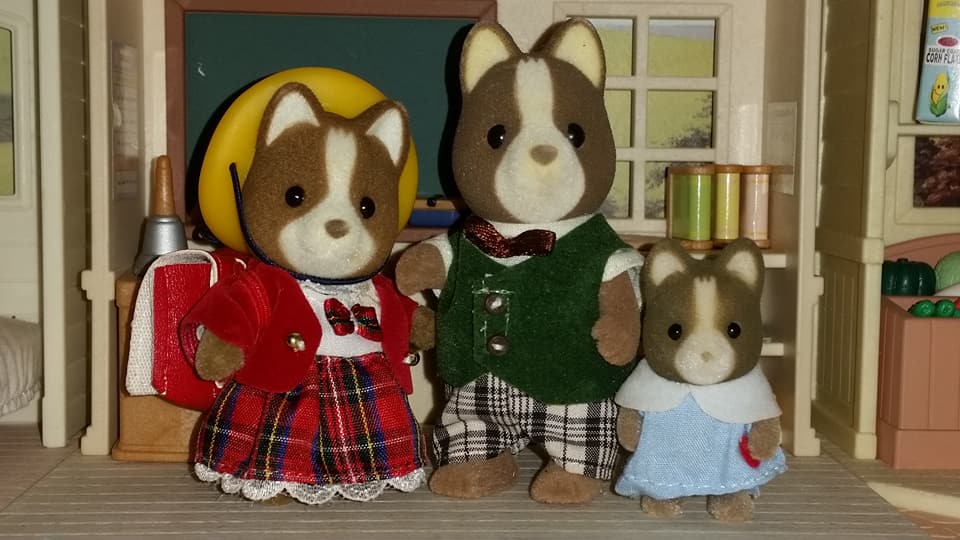 UNCLE TOBY HUCKLEBERRY is a teacher of English and creative writing. Like his brother, Hubert, he is a very good 'wordsmith', and he has taught many of the children in the village different words to describe the same thing. Many of the children's parents say they get beaten in games of scrabble now, because their children are learning so much!

COUSIN WINIFRED HUCKLEBERRY is a very creative young lady, and spends most of her spare time writing creative stories. Because her father and uncle are very creative at writing, she has learned a lot from them. She also won a creative writing competition in the Sylvanian Newspaper, which resulted in  her story being published in the newspaper.

BABY COUSIN FINN HUCKLEBERRY was very scared on his first day of nursery! He was worried that he would be all alone without anybody to play with, but he had no reason to be worried, within thirty minutes he had made several new friends, and now looks forward each day to going to nursery!


The Huckleberry Hound family first got released into the Sylvanian Families range in Japan in 2003, with a UK release the following year. The Japan release also included a standing individual baby, which was not included in the UK release. The uncle figure was released with a school building exclusively to Japan in 2006, which was part of the 'worker series'. There were three small buildings, a school,. a clinic and grocery shop, each with an exclusive figure. There was also a postman set and a pizza delivery set. The two sets without buildings did get a UK release (although the pizza set only came with a figure in an exclusive to Tesco set). The grocer set also got a UK release, exclusive to Sainsbury's, with a different figure. The baby in the nursery uniform was released in the UK, in 2005 as part of a nursery baby set, along with two other babies. I can't remember what year the sister in the school uniform was released, but I do know she was a Japan exclusive.

*The biographies of the Huckleberry family have been taken from the official Sylvanian Families Club Magazine, from the Autumn 2014 edition, and not the collectors handbook. The biographies and names in italics and red are unofficial and were created by me, as no official names or biographies exist*
Powered by