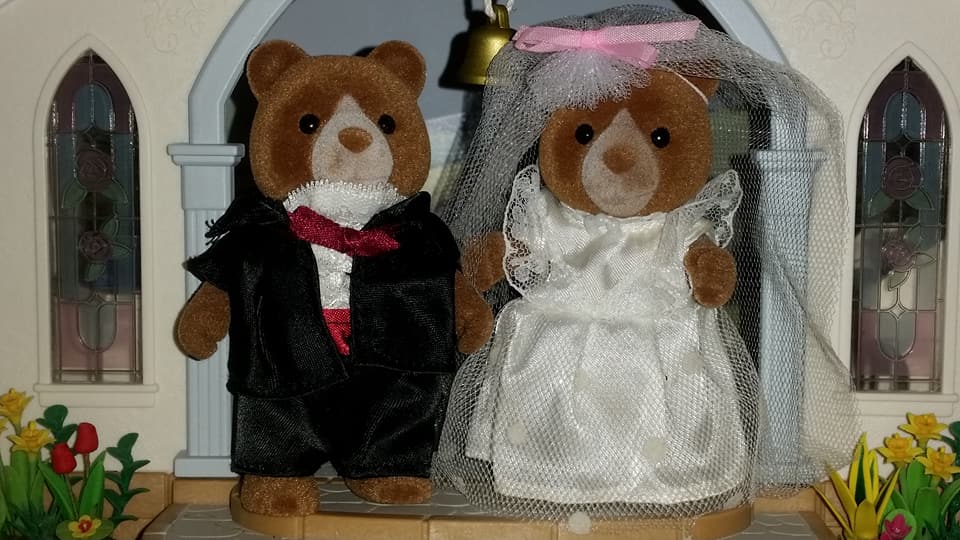 It was the annual summer picnic when these two lovebirds first met. Edward was visiting his sister Margot Marmalade and her family at the time. It was a beautiful sunny day when the Country Bus was picking up all the villagers to take them to the park for the picnic. When Primrose got on the bus, the only seat left was next to Edward. As she sat next to him their eyes met, and everyone says it was love at first sight. For the rest of the day they were inseparable, and spent all their time talking. Their day ended with a lovely walk along the Sylvanian river, where they watched the sunset over the lake.

After several dates, and countless reasons Edward made for staying on his holiday in the Sylvanian village, Edward took Primrose on a romantic picnic by the lake, where they watched the sunset. As the sun had almost faded, Edward got down on one knee and asked Primrose "Will you marry me?", to which she said "Yes!"

After months of planning, the day was set for the wedding, the day of the annual Village Picnic, a year to the day when they first met. It was such a beautiful day, and their reception was held at a marquee in the same place of the picnic, so everyone in the village could attend. 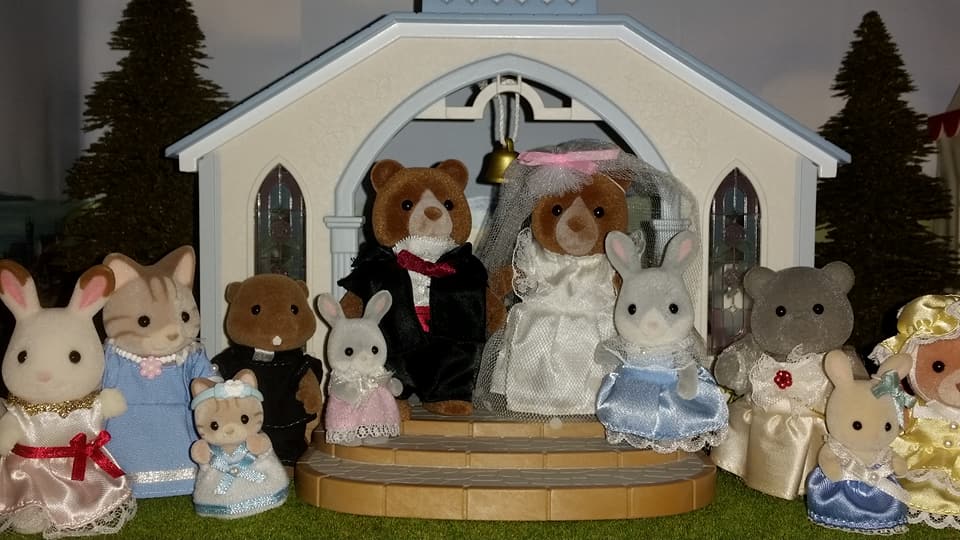