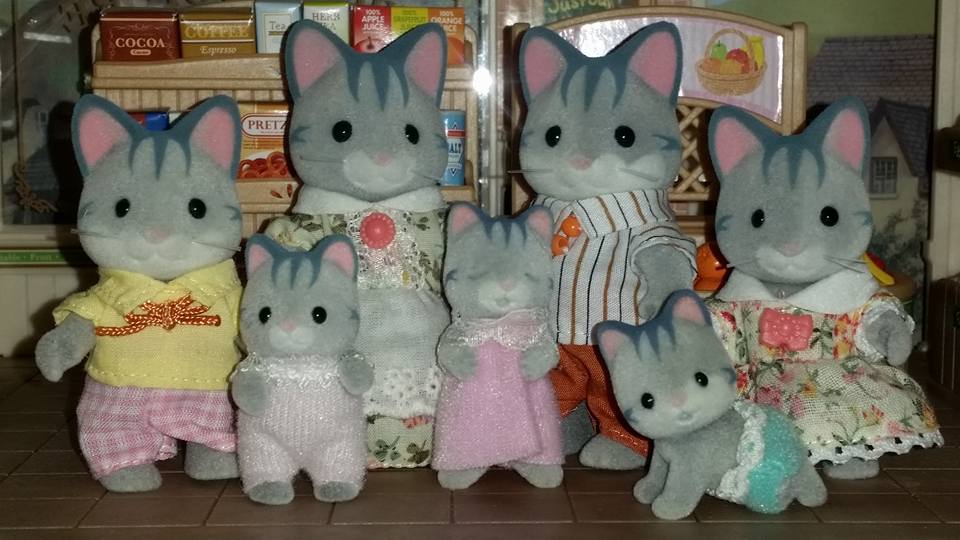 FATHER PERKIN HARVEY runs the Village Store that was started by his now retired mother and father many moons ago. Perkin thoroughly enjoys his work, meeting and greeting his friendly customers and keeping the store clean and tidy with all the shelves well stocked and the fruit and vegetables beautifully presented in racks and baskets.

MOTHER DOROTHY HARVEY likes everything in their store neat and tidy just like her husband, Perkin. She is also a bit of a tease and has been known to surreptitiously turn some of the food cans on the shelves upside down just to see her darling husband get into a bit of a fluster!

BROTHER AUSTIN HARVEY likes to help his mother and father in the store and would love to run the store himself one day. He is encouraged by his Grandfather Bert, whom would like the family business to stay in the family.

SISTER ZARA HARVEY is not very keen on working in the family business, she finds the whole process of shopkeeping rather tiresome and annoying. So she is working hard at her schoolwork with the idea of going to University to get a degree in Social Economics.

BABIES LIBERTY, ASHTON AND LULU HARVEY love it when their parents take them to work with them. They just love crawling around and touching everything, which drives their parents mad at times. Perkin was not impressed when the triplets knocked over his prized tower of canned soup last winter, so now says they must be kept in their play pen whenever they come to the store. 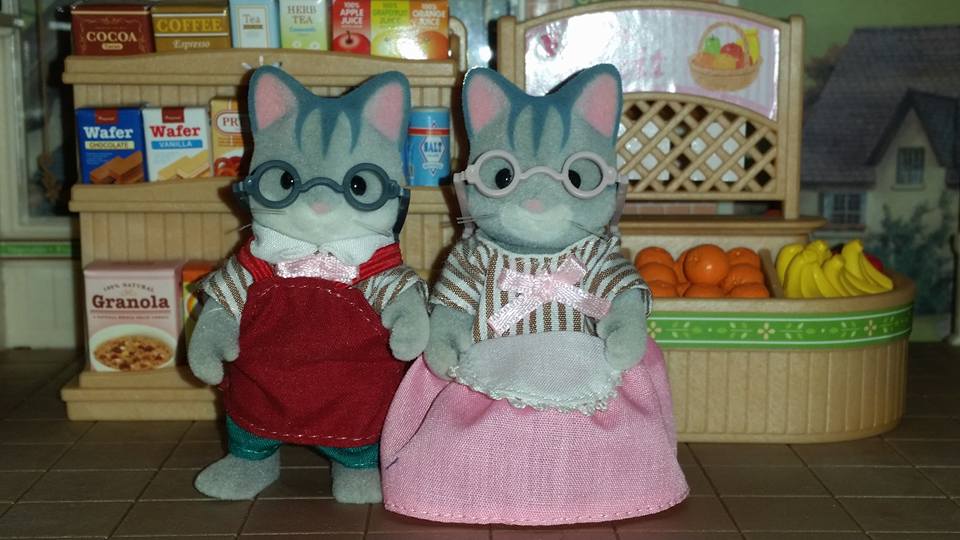 GRANDFATHER BERT HARVEY opened the Village Store many moons ago with his darling wife Joyes. Even though they have both now retired and the store is run by their son, Perkin, neither of them can completely let go. Bert likes to pop into the store most afternoons, just to see that everything is alright. Oh! and while he is there he might as well just restock and tidy the shelves!

GRANDMOTHER JOYES HARVEY, like her husband Bert, enjoyed her long working life in the Village Store and misses chatting to the customers. So she also pops into the store most days with a "You look like you need a break and a cup of refreshing tea!" Closely followed by "Don't worry, I can look after the till!" 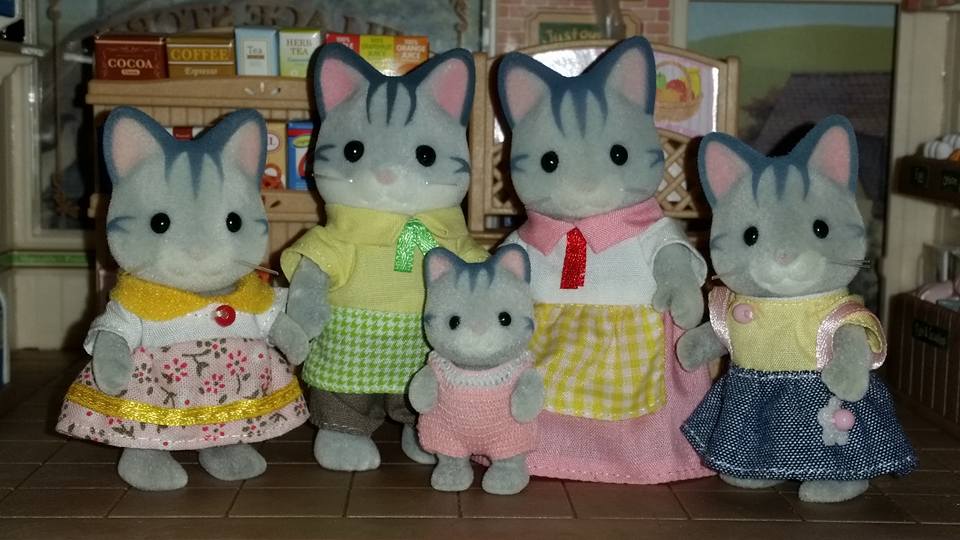 FATHER MARK HARVEY works alongside his brother Perkin, in the Village Store. The store has been in the family for many years now, since their parents opened it. Mark is extremely proud of his fruit and veg stand in the store, and has been known to spend hours just tidying it, and sometimes even cleaning all his apples so they are juicy and shiny for the customers!

MOTHER CATHY HARVEY also helps out in the Village Store. She is usually there first thing in the morning, as she bakes all the fresh bread and croissants. She has a little oven in the storeroom where she has mastered cooking all the freshly baked products. Her croissants are the biggest in Sylvania, which is quite a feat when there are four bakeries in the village. She won't tell anybody her secret!

SISTER LAURA HARVEY helps out in the store at weekends, as it helps her save money. She treated herself to a nice pair of roller skates last week from the 'Babblebrook General Store' with all her wages she had saved up. She is currently saving up for a new tennis racket now, as she wore her old one out!

SISTER ASHLEY HARVEY, like her cousin Zara finds shopkeeping very dull and boring. She would much rather be out trying on clothes at the 'Brambles Boutique'. She has decided that when she is older she will have her very own boutique, selling the best fashions. Her mother has tried explaining that a boutique is a shop, just like the Village Store, but Ashley replies with “But it sells clothes, how can that compare to tins of soup?”

BABY SISTER KATIE HARVEY, unlike her cousins who are the same age as her, is a very quiet girl. When she goes to work with her mother she is content with just curling up in a corner and sleeping.

The Harvey family were first released into the UK range of Sylvanian Families in 2013, after being available in Japan the previous year. The mother figure in the shop uniform was an exclusive figure available with the shop when purchased from the Sylvanian Store in London. The Father figure in his uniform was originally part of a gift set of the Village Store in Japan, coming with an exclusive Freya Chocolate figure. This gift set was finally made available in the UK in 2015. The two sister figures are exclusives to Japan, one coming with a furniture set and the other coming with some outdoor play accessories. The grandparent figures were only available for a year in the UK, once EPOCH took over the distribution of Sylvanians in the UK the grandparents changed to the parent sized mould.
Powered by