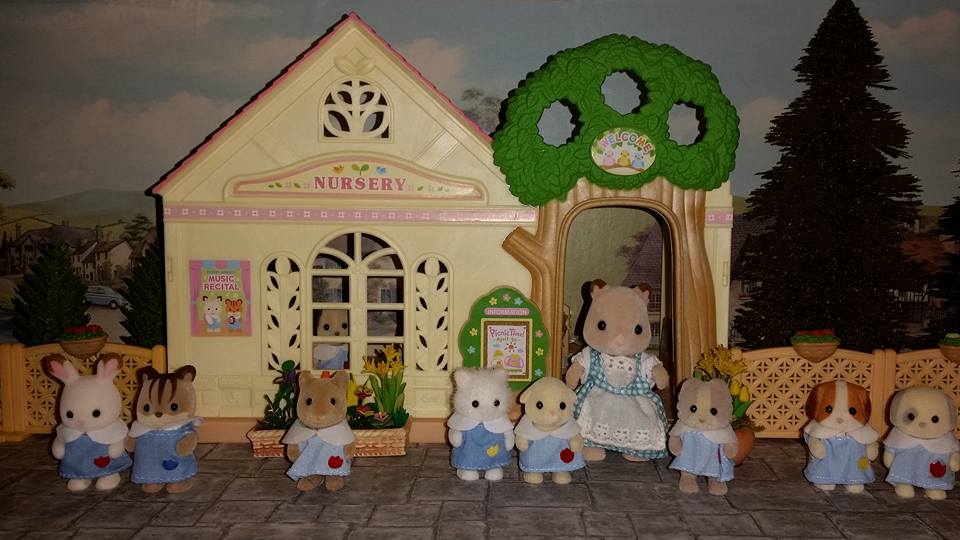 The Forest Nursery was first released into the Sylvanian Families range in Japan, in 2013, before getting its UK release in 2014. It was released at the same time as a new school. I am not sure how many nursery buildings have been released, as there have been several now, and I am not a big collector of the nursery buildings. I originally purchased this building as it was a gift set, with some exclusive figures, but I decided to keep it as I thought it looked a nice building. The gift set release featured the hamster mother in an exclusive outfit, and also a chocolate rabbit baby and a walnut squirrel baby, both in nursery uniforms. The gift set release also included the nursery bus and a baby see-saw, which were also available separately.

Emma Goldbacke and her sister-in-law Pam are the nursery teachers at the Forest Nursery. Each day they teach all the Sylvanian Babies their alphabet and counting, and also have fun singing and finger painting. Emma's husband Nick, drives the double decker bus, bringing all the babies to school, and dropping them home each evening. 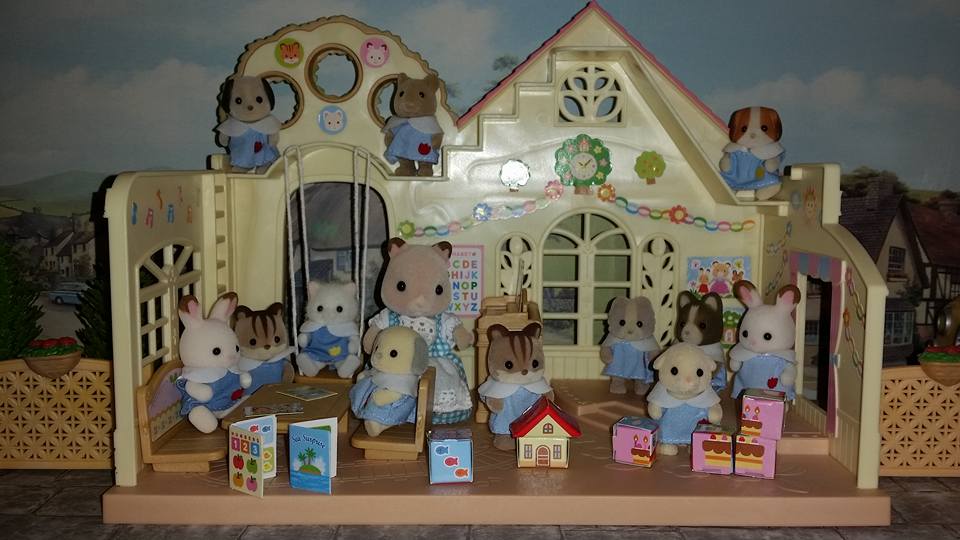