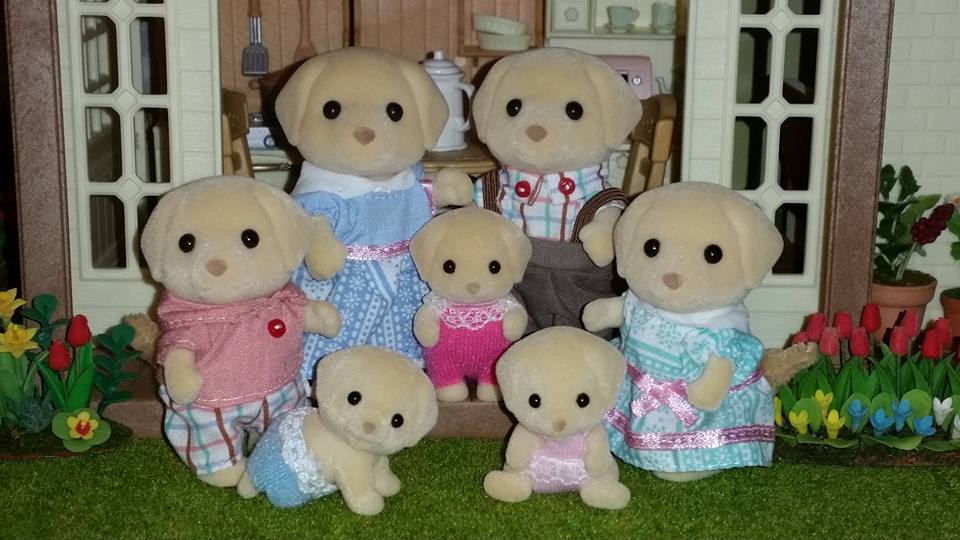 FATHER BARKER FENTON loves to play games. He gets even more absorbed in playing catch or tag than the children. He also likes toys, and has many toys that he used to play with when he was a boy lined up in his den.

MOTHER LUCY FENTON likes reading stories to her little ones, but at night she sometimes falls asleep before the babies do! Lucy also reads books at the nursery, so the babies always look forward to seeing her for story time.

BROTHER BUDDY FENTON is a bit of a daddy's boy and wants to be with his father all the time. His favourite thing is a stuffed toy his father gave him when he was little. He still sleeps with it at night, but he keeps that a secret from his friends because he's a little embarrassed to admit it.

SISTER SADIE FENTON likes to wear pretty clothes that match those that her friends are wearing. Her favourite dress is the one that matches her mother Lucy's dress. She always wears it when the family goes out together at weekends.

BABY BROTHER MARLEY FENTON likes to play his toy trumpet. He always looks happiest when he is playing his trumpet together with this sister Sadie on the piano. In fact, the whole family enjoys the cute duo's performances.

BABY SISTER SHILOH FENTON wants to become a pretty girl like her big sister Sadie. She always watches Sadie and tries to copy how she moves. But she looks most cute to the grown ups when she can't quite copy her sister exactly right.

BABY SISTER POPPY FENTON likes to act like a grown up. When her father Barker tries to take her photo, she puts on a prim expression and poses for the camera. She also likes to try on lots of cute dresses whenever she goes to the dress shop with her mother Lucy. 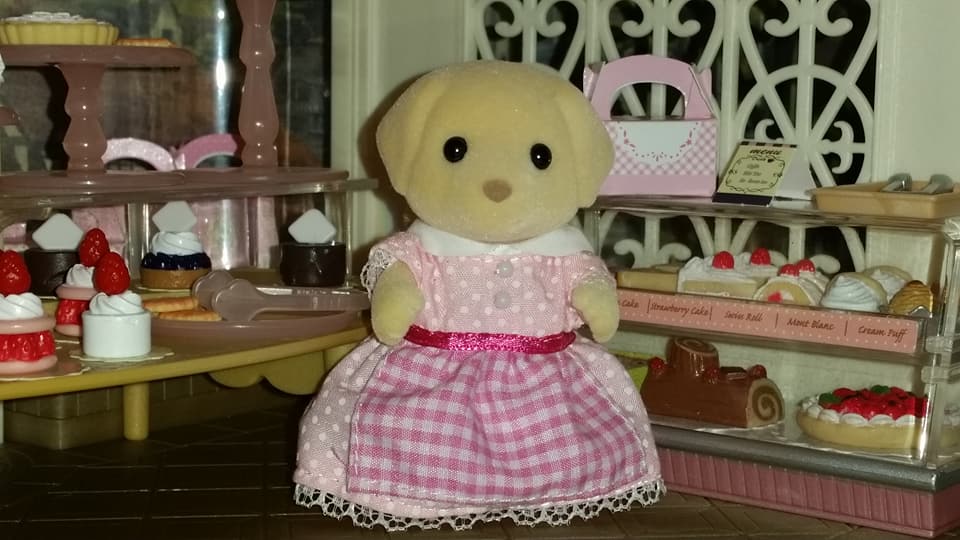 AUNTIE DOLORES FENTON makes some of the most delicious cakes and patisserie treats you will ever taste. She has her own little cake stand in The Cakebread Cake Shop, where she works with the Cakebread sisters, Veronica and Roxanne, making the sweetest treats in all of the Sylvanian Village.


The Fenton Golden Labrador Family were first released into the Sylvanian Families Range, in Japan in 2014, before getting a worldwide release the following year. The Fenton's use a slightly different mould to the original Barker Golden Labrador family, making their appearance slightly different. The auntie figure was a Japan exclusive release, and came with a new version of the dessert stand, which had previously been released a few years earlier.
Powered by