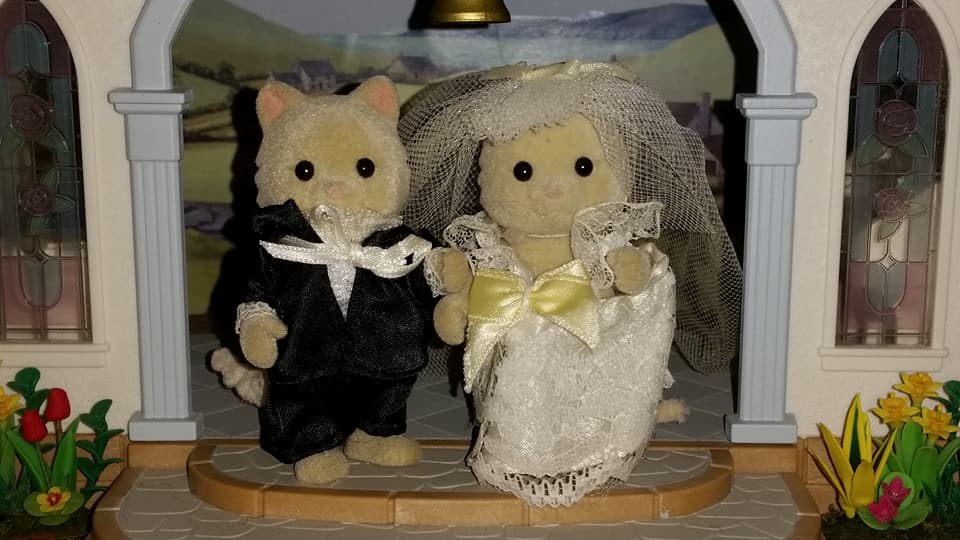 Tilly and Dillon Fellini were childhood sweethearts. They first met in the Sylvanian nursery and have been inseparable ever since. When they were in school they always had lunch together, and always tried to sit together in their lessons. Even when they finished school and went to college, they went to the same one and always tried to spend their breaks together. It was no surprise to anyone in the village when they got engaged and eventually married.


The Fellini Cat Wedding couple were released into the UK range in 1993, as exclusive figures included with the new Country Cottage, and were only available in Argos. They were the first two cream cats from the Urban Life range released into the UK range until the Chantilly family were released ten years later. This wedding couple are very rare to find, but occasionally appear on E-Bay. 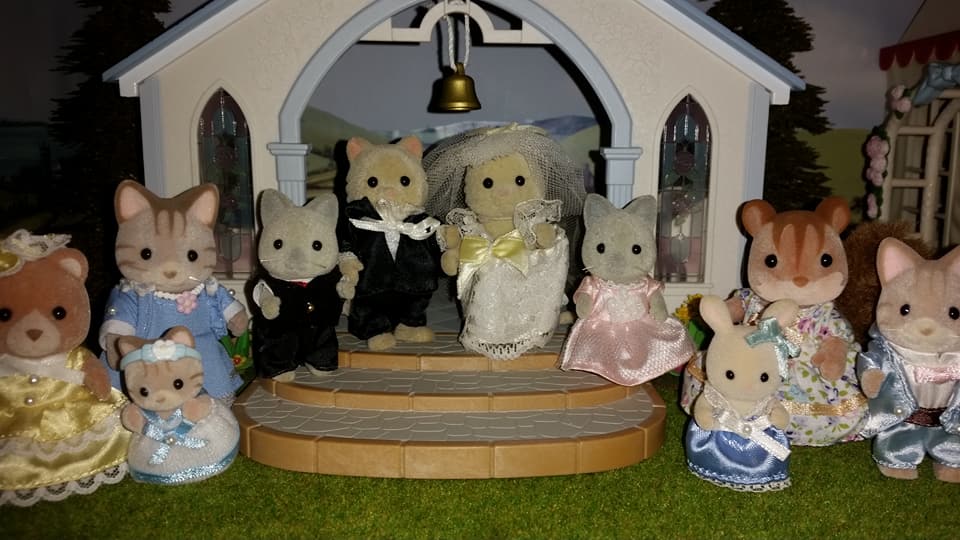