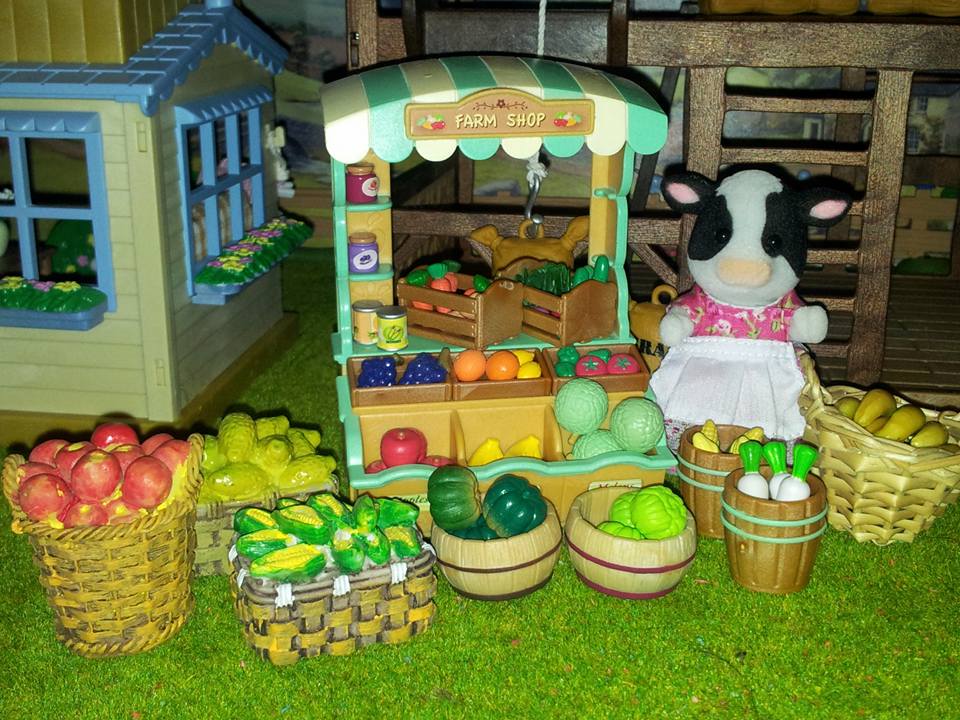 The Farm Shop was first released into the Sylvanian Families range in Japan in 1998. It was called the Vegetable Store upon its original release. It did not get a UK release until 2011, when Flair launched the 'Down On The Farm' range. The UK release came with exclusive figure, Dolly Buttercup, the cow auntie figure. Her husband Penleigh was released with the horse and cart set. The original release of the Farm Shop to the UK range, was meant to be in a cottage style shop, similar to the Post Office and Florist, but the entire farm range was different when released compared to the original designs. This range was short lived, and is already becoming quite hard to find.

In my village display, the Farm Shop is displayed on my farm layout, next to the Windmill and in front of the barn. I have added extra fruit and vegetables to the set to give Dolly a full range of items to sell to anybody visiting the farm
Powered by