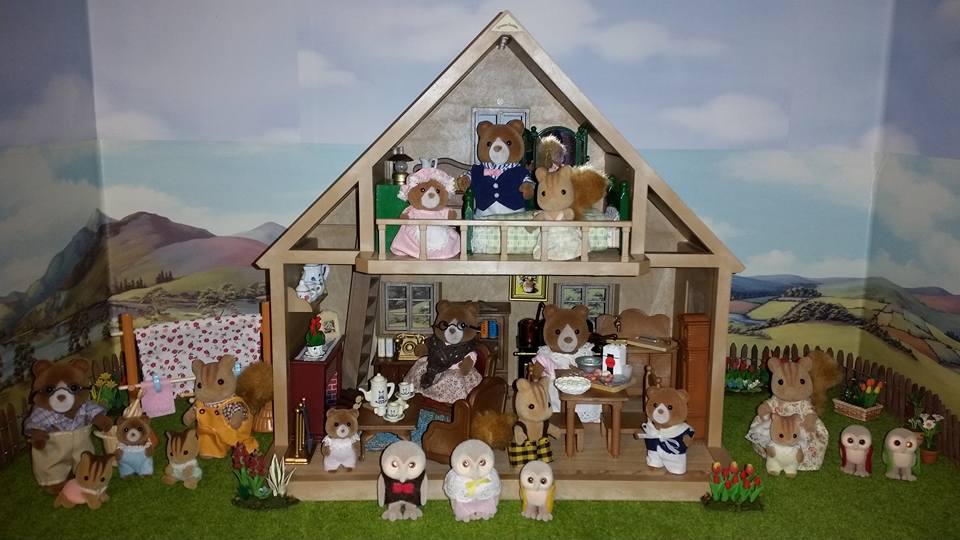 This version of the Country Cottage was released in Japan first, in 1991, with a UK release in 1992. It is the same size as the original release, but has been improved. The front door is altered, and the windows all open now. There is also a ladder, with a doorway in the bedroom, similar to the deluxe house. There is also a balcony now for the Sylvanians to sit on and watch the sunset in the evenings, with a shelf built into the wall in the downstairs area. Like the original Country Cottage, this came as a flat pack item, and needed gluing together to be built. I finally got this version just before Christmas 2017, on E-Bay for just £9.99. It even came with the original box.

In my village, the Marmalade Bear family live here. To furnish this house, I have tried using the classic furniture, released around the same time as the cottage. One of the reasons for this is because I find the larger mould bears can't really sit on the modern chairs comfortably due to their size. Their good friends, the Furbanks Squirrel family and the Plume Owl family are visiting them in the display pictures. 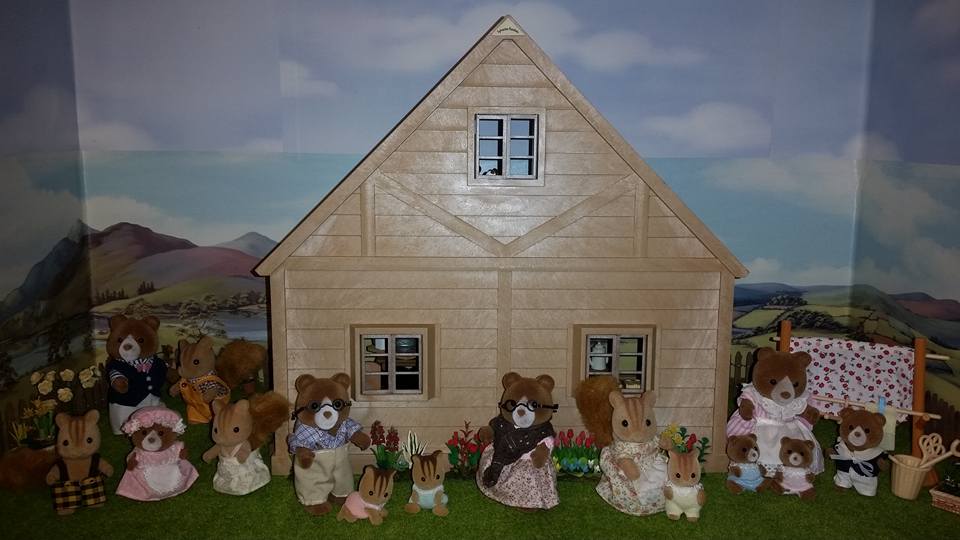