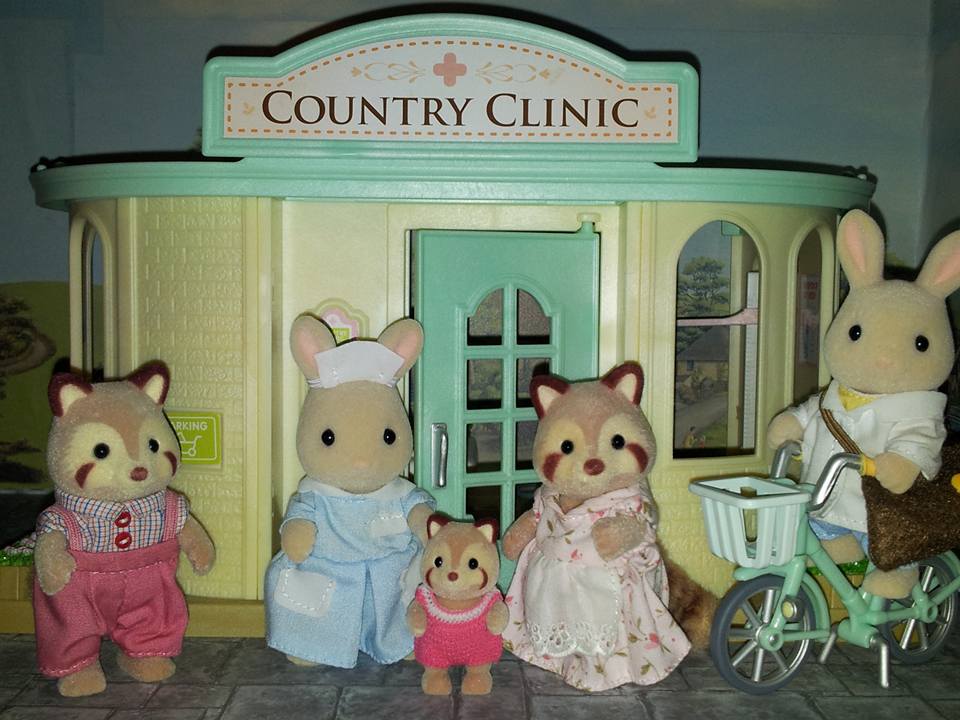 The Country Clinic is the fourth hospital style building to be released into the Sylvanian Families line, making its debut in Japan in 2013, before getting a UK release in 2014. It is of a similar style, content wise to the previous hospital. It comes with a reception area, doctors desk, bed and medical accessories. It is also of a similar size, but slightly smaller. Several accessory sets were also released to enhance the set. Two of these sets, a doctor with push bike and a receptionist with a desk, were released exclusively to Japan. The dentist and nurse set received a worldwide release. The Periwinkle rabbit parents run this medical facility. The two previous UK hospitals were run by Doctor Murdoch, the bear, with assistance from Nurse Emily Nightingale. I was able to make an extra two Periwinkle Rabbit families with both parent sets from the hospital range.

In my village, the latest clinic to open is run by the Periwinkle Rabbit family. When the two brothers went away to medical college, one to study dentistry while the other to become a doctor, they both met their future wives-to-be, who were studying to become nurses. After marriage, they all returned to the Sylvanian village, which had expanded a lot over the years. Mayor Bill Waddlington asked if they would like to run the newest hospital which was being built at the edge of the village. They all agreed and it is now bustling with children visiting the dentist and families getting medical check-ups. 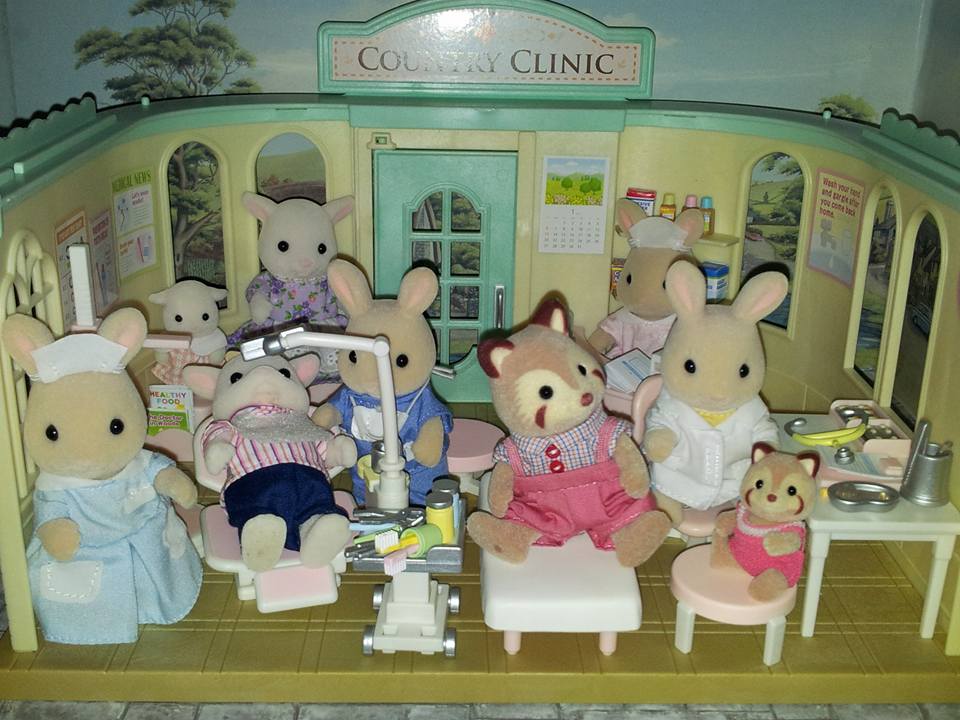