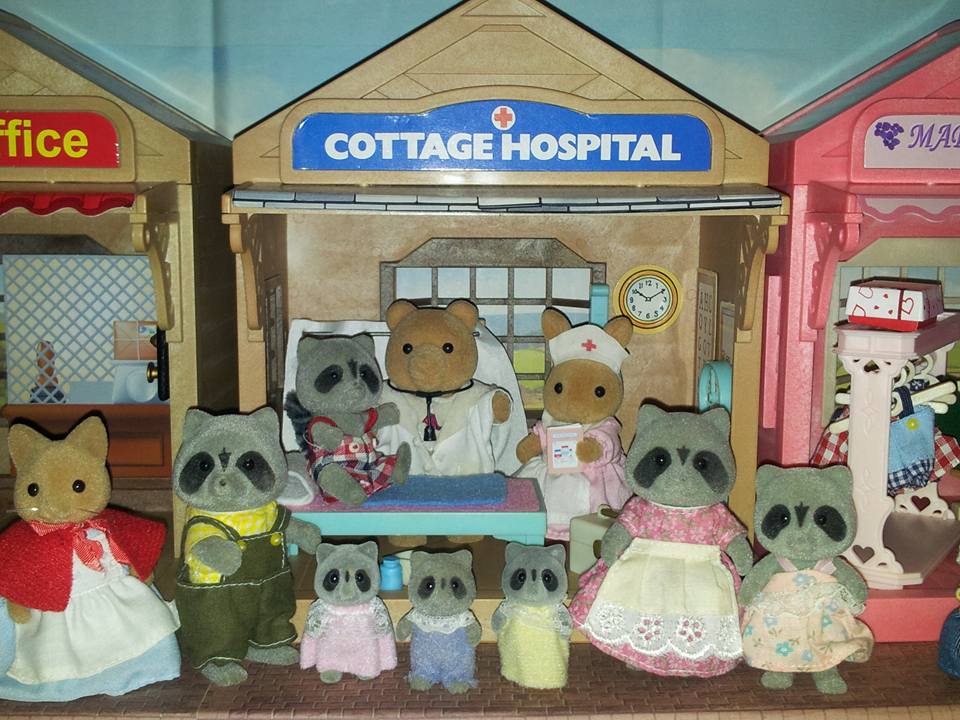 The Cottage Hospital was first released into the Sylvanian Families Range by Tomy in 1991, alongside the Village Florist. It came with an exclusive figure of Emily Nightingale. A doctor figure, Doctor Murdoch, was released seperately, while another nurse, Florence Merryweather became an exclusive token collectors figure. The hospital building was re-released in 2000, by Flair and came with Emily Nightingale again. Future hospital buildings that got released, came in different shaped buildings.

In my village, the Cottage Hospital is in the 'Old Town' area of the Sylvanian Village, and is used more as a clinic as the larger buildings are used for the more serious incidents.
Powered by