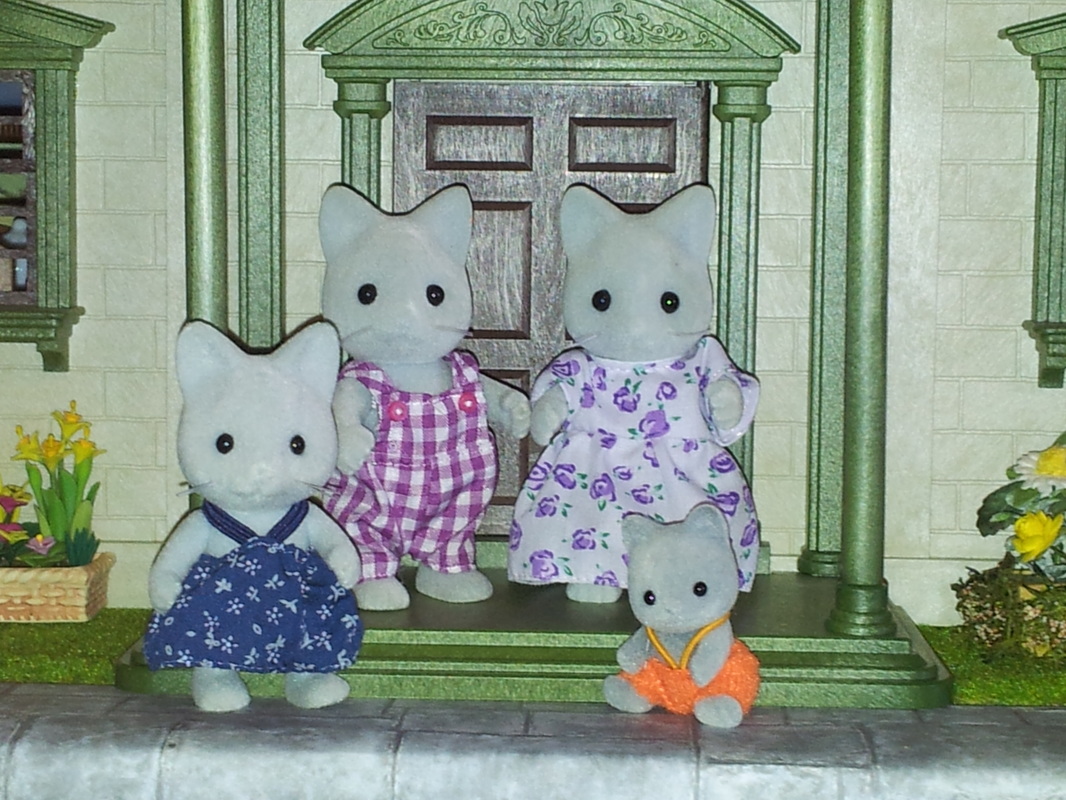 FATHER PERAN CORNISH bakes the most delicious scones you have ever tasted. Following a traditional family recipe, handed down through several generations of his family. His savoury cheese scones are a real treat, served with some butter, a dollop of pickled chutney with a piece of cheddar on top.

MOTHER LOWENA CORNISH loves serving a nice cream tea to her family in the afternoons. Using the scones her husband has baked, fresh cream from the Highfields Dairy and delicious homemade jam all served up with a nice pot of tea. Villagers love visiting Lowena as they know they are in for a joyous treat.

SISTER KENSA CORNISH is a very athletic young lady, trying to take part in as many sporting events as possible at her school. Her friends all accuse her of being very competitive, but the real reason she does all the sporting events is to keep fit, because of all the cream teas her mother feeds her!

BABY SISTER NESSA CORNISH is the second child born into the Cornish family, and is often spoilt by her big sister Nessa, who takes her out for long walks in her pushchair through the Sylvanian woodland.


The Cornish Grey Cat family were released in Europe as part of the Easy Buy Range, a cheaper Sylvanian to encourage people new to collecting. The Easy Buy Range are more basic than the regular Sylvanian Figures and have less detail. For example, the bears and Rabbits do not have tails, and the clothes are cheaper than on a normal figure. Some of the families made it into the UK range, however the Cornish Grey Cat family did not. They did not have a name, I gave them the name Cornish to match with the Devon Cat Family, and also tried to give them traditional Cornish names.