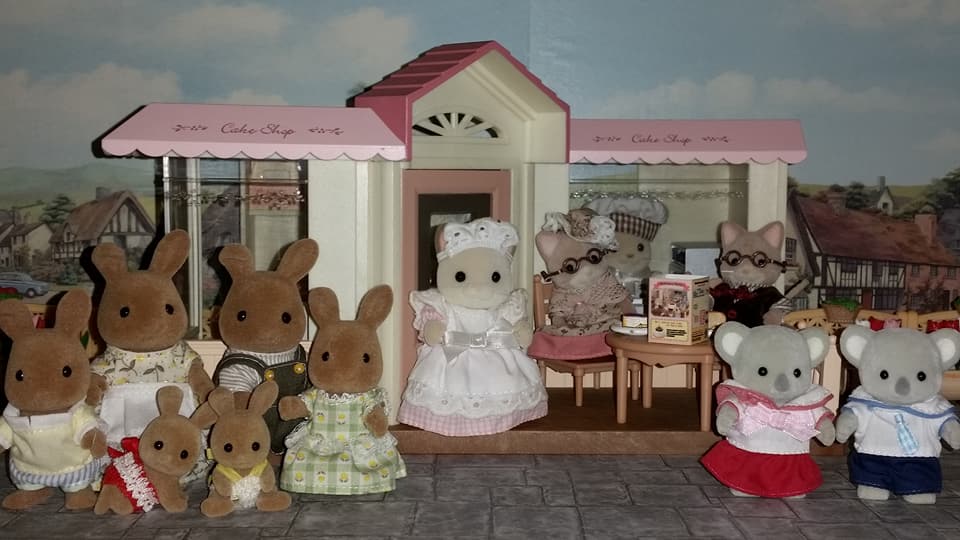 The Cake Shop was released into the Sylvanian Families range as a Japan Exclusive in 2006. It's colouring and styling make it fit quite well with the beauty salon and also the photography studio. It reminds me of the original bakery in its design, as it has part back walls and is missing a side wall, which makes it very difficult to take pictures inside. In the version I purchased, it came with the Keats Cat chef and waitress set. These were included in some versions of the bakery, but their costumes were also available separately. I believe there was also an exclusive gift set released of this set, which included a front area where you could put more seating and a milk rabbit sister. I have the rabbit sister, but not the other accessories.
Powered by