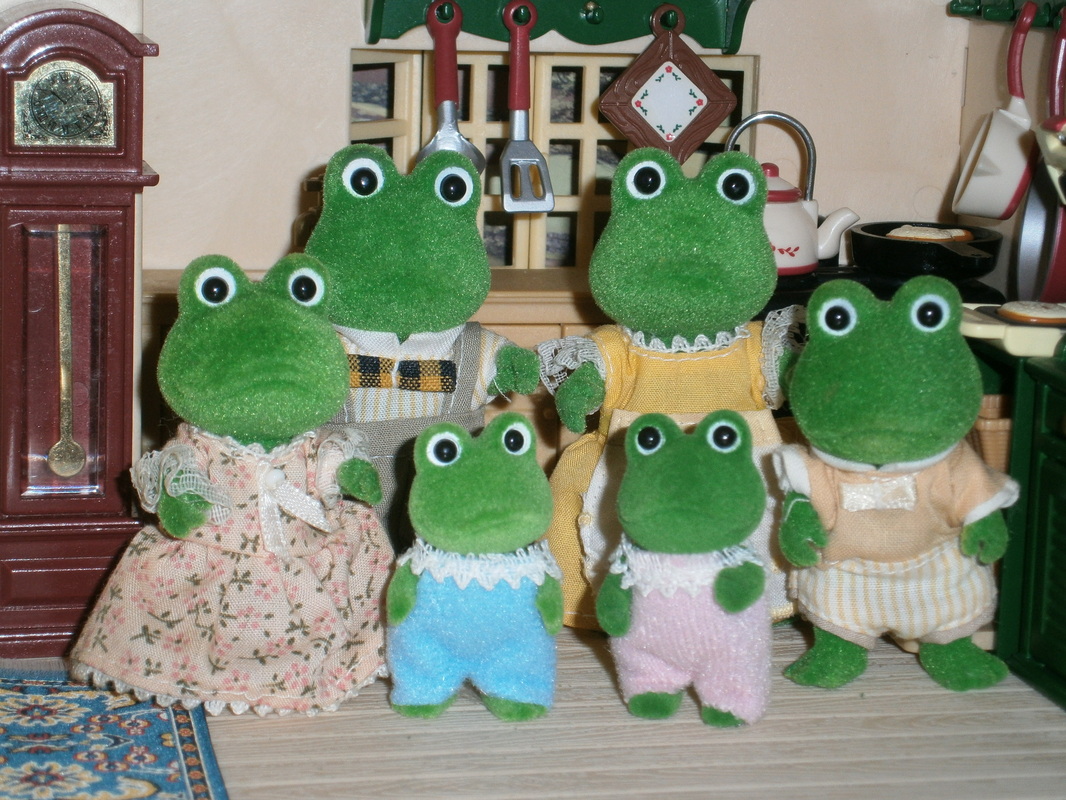 FATHER WALTER BULLRUSH is known for being very, very lazy, but this is not really true. If Walter likes to do something, he will put all his limited energies into it. He will always be ready to drive the Country Bus for instance, he will even get up early in the morning if you need a driver. Fishing, of course, is his main love, that is, dangling a hook in the water. He does not like to catch anything because if he did, he would have to then find something else to do. Walter has found that by singing at the top of his croaky voice he can frighten all the fish away! His singing also frightens everyone else away, so he spends many a happy, uninterrupted afternoon on the riverbank singing and sunning himself.

MOTHER LYDIA BULLRUSH, unlike her darling husband, is always working and working very hard. She runs a beautifully spotless house and cares for her husband and four children, and that full time job is only a small part of her busy life. Lydia has a passion for wicker work, whether it is making baskets, hats or mats, her workmanship is imacculate and very artistic. Collecting bulrushes, dying them bright colours before leaving them to dry in the summer sun is the only job she gets any help with. Algy, her oldest son, enjoys the summer afternoons down by the river helping his mother whilst she enjoys teaching him to weave.

BROTHER ALGERNON BULLRUSH hates his full name, so everyone calls him Algy, even his mother who does not like nicknames and only does so, because it pleases her wonderful son. Algy, like his mother, has a passion for weaving, but unlike his mother he prefers to create impractical items like wall hangings. He claims these items he creates are art, not picture art like in art class at school, but abstract art where the shapes and colours portray the meaning and message. Lily his sister says he gets these strange ideas from reading too many stuffy books.

SISTER LILY BULLRUSH loves to sing and unlike her father has a beautiful voice. Because she is a little shy she does most of her practising down by the river where everyone avoids going because of her fathers singing. She originally wanted to be a pop star but now wants to be an opera singer because people go to see the opera all the time. Pop singers only have concerts when they have a record in the charts. Ottilee Marmalade is also giving Lily tips on how to be more confident, hoping she will overcome her shyness.

BABY BROTHER MOSES BULLRUSH must be about the only little boy in Sylvania who loves having baths. He spends hours and hours in the bath playing with his rubber duck and other bath-time toys. If only Lydia or Walter had more time, he would spend all day playing and splashing around in the tub.

BABY SISTER IRIS BULLRUSH must be one of the cleanest little children in Sylvania, because she just hates having baths, so therefore never gets dirty. When ever it is her turn to have a bath, she just cries and cries, then bawls her eyes out and splashes about until her parents get her out of the bath. Bath-time in the Bullrush household is always rather nerve racking! 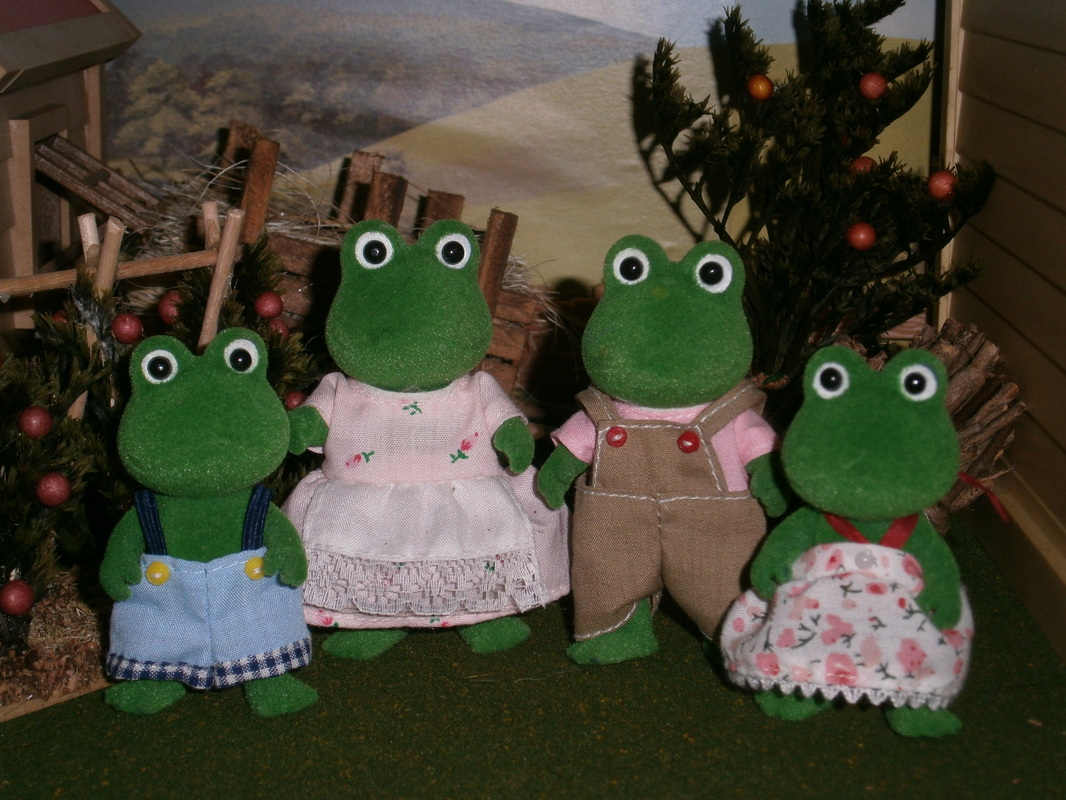 FATHER ARNOLD BULLRUSH, unlike his brother is a very good singer. He used to be a star of the opera in his youth, and sang to a full audience every evening. When he married, he decided to give up his opera career and start his own business doing boat trips along the Sylvanian River. The many tourists who flock to the Sylvanian village every summer love the trips along the river.

MOTHER OLIVIA BULLRUSH is the tour guide on the river boat trips. While Arnold is steering the boat along the water, Olivia gives tourists a detailed description of all the landmarks. She loves all the history of Sylvania, and gets a lot of her information from Bertram Bamboo so she can give an accurate description of everything. Before the boat sets off each morning, Olivia collects all the lunches for the day from her good friend Marion Brighteyes, at 'The Blackcurrant Cafe'.

BROTHER TOM BULLRUSH is one of the best swimmers in the Sylvanian village. Ever since a young age he has been drawn to the water. When he is on school holidays he likes to join his parents on the river tours, but that is just because as they reach the big lake he can jump off the boat and swim until his heart is content. At the Sylvanian Games he won a gold medal for his swimming, he hopes to enter the Olympics when he is older.

SISTER REED BULLRUSH is quite an intelligent girl, and has created all the flyers promoting her parents river trip business. She took some beautiful pictures of the river and wrote a description of the tour to put on the flyers. Her flyer looked so good that other local businesses have asked her to make some for them. She is currently creating one for The Babblebrook's General Store.


The Bullrush Frog family were first released into the UK range in 1991 as a family of six. They are the only amphibian family to have been released into the range in the thirty years that Sylvanian Families have been going. The original release had the family wearing similar clothing to the Japan 'Urban Life' families, although the mother wore an apron. The family were re-released when Flair took over the distribution of Sylvanian Families at the turn of the millenium, this time wearing different clothing to the original release. In the Calico Critters version of the family, the babies came as a sit and crawl twin set. The frog figures are prone to get yellow spots with age. I have found the original release of the frogs easier to obtain than the newer version.