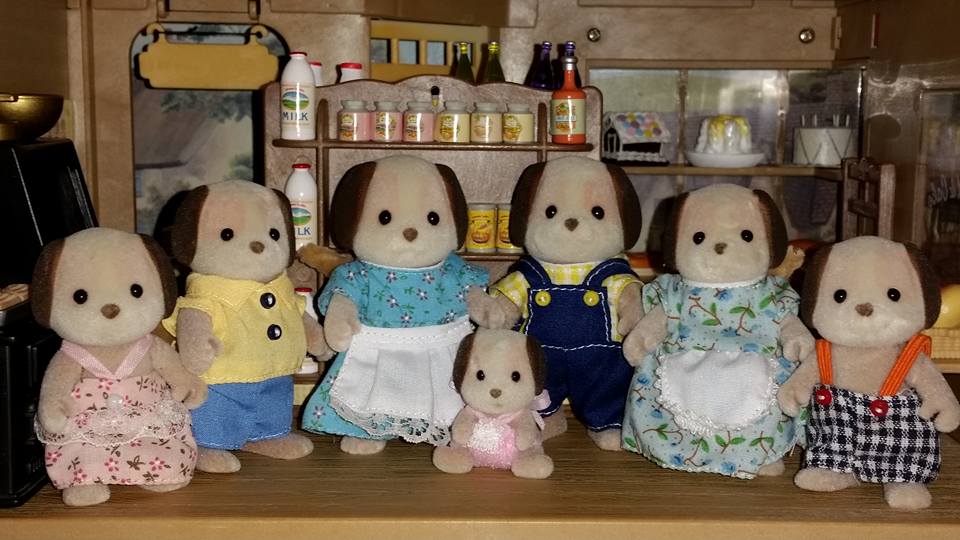 FATHER PERCY BEAGLE is Sylvania’s Master Baker. At 4 o’clock every morning (except Sundays) you’ll find him at the Beagle & Beagle Bakery making and baking his lovely crusty loaves ready to be delivered - still deliciously soft and warm - to his customers in time for their breakfasts.

MOTHER PRUNELLA BEAGLE helps her husband in the bakery as often as she can. Her speciality is making cakes for special occasions. Big, small, tiny, tall, she’ll make cakes of any size, shape, colour or filling. However, of all her wonderful creations, she says that she is most proud of her five tier cake that she made specially for Bobby and Louisa Brighteyes weding. It was an impressive four foot high!

OLDER BROTHER BARNABY BEAGLE has just gone off to college. His parents expected him to join the family business when he left school, but Barnaby thinks he was born to write not to bake! Prunella still hopes her son’s first book will be all about how to make the perfect loaf!

OLDER SISTER BEVERLEY BEAGLE is just as clever as Barnaby, but she is not so confident yet. She is not quite sure what she wants to do with her future, so has decided to take a gap year. She thinks that if she tries out lots of different things, she will find it much easier to make a decision!

BROTHER HAROLD BEAGLE does all the bakery’s deliveries on a heavy old black bicycle with a big wicker basket on the front where he puts the loaves. Although he doesn’t know what he wants to be when he grows up, he certainly isn’t going to be a baker. Getting up at six o'clock to do the deliveries is bad enough, let alone four o'clock, which is the time his father starts work!

SISTER ANTONIA BEAGLE loves baking bread. She loves everything about it, especially the deliciously warm smell of the freshly baked loaves. Antonia really enjoys helping her Daddy and Mummy at the bakery whenever she can after finishing her school homework. Her father is very proud of her and thinks that her pastel coloured icing is even better than his own!

BABY SISTER FIONA BEAGLE loves nothing better than to spend all day playing in the Sylvanian sandpit or teething on one of her daddy’s crusty rolls! 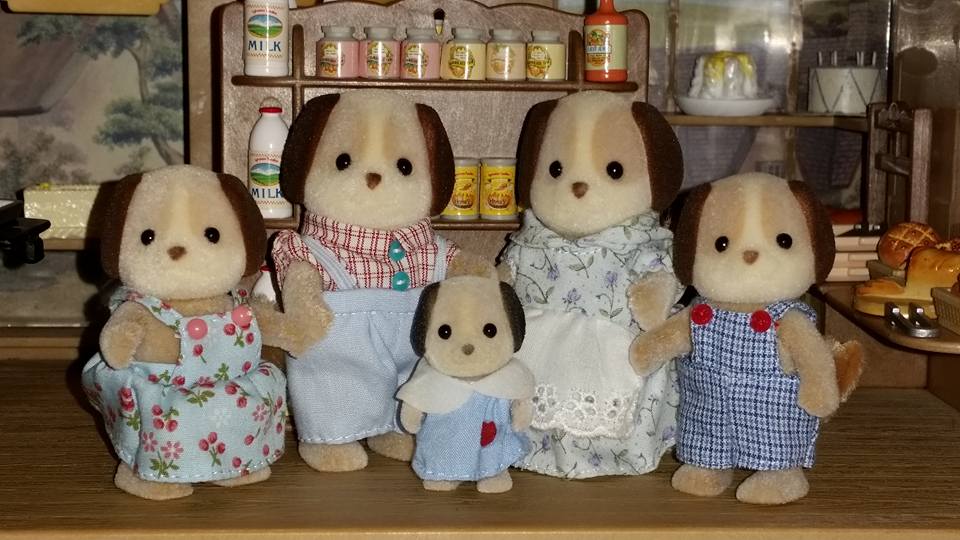 FATHER BILL BEAGLE works with his brother at the Beagle & Beagle Bakery, being the other 'Beagle' in the bakery name. Bill's speciality is all the crusty rolls and baguettes. He once made a baguette so big that it only just fit into the oven!

MOTHER LIZ BEAGLE often makes all the creamy fillings for Prunella's delicious cakes. While Prunella is baking away, Liz will be there making icing, whipped cream and custard for all the delicacies. She is also the one responsible for everyone getting a break. Every so often she will put the kettle on, make everyone a nice cup of tea, and say “Tea's up!”, and then gets everyone to enjoy a break on the terrace.

BROTHER TERRANCE BEAGLE is thankful his cousin Harold does all the deliveries each morning, as he hates getting out of bed. His mother has to shout about twenty times before he will even move from under his covers. She has threatened to throw a bucket of ice cold water over him one day to wake up, something she thankfully has not done yet!

SISTER WENDY BEAGLE is similar to her cousin Barnaby, in the fact she does not want to be a baker when she is older. She would much rather be a tour guide, showing people around the Sylvanian Village and telling them about the history of the local area. Whenever she gets the chance she is often down at the river, asking if she can help the Bullrush Family on one of their tours.

BABY WILLIAM BEAGLE loves nothing better than playing in the sandpit with his cousin Fiona all day long. William used to be fond of putting his foot in his mouth, but the taste of sand soon cured him of that! 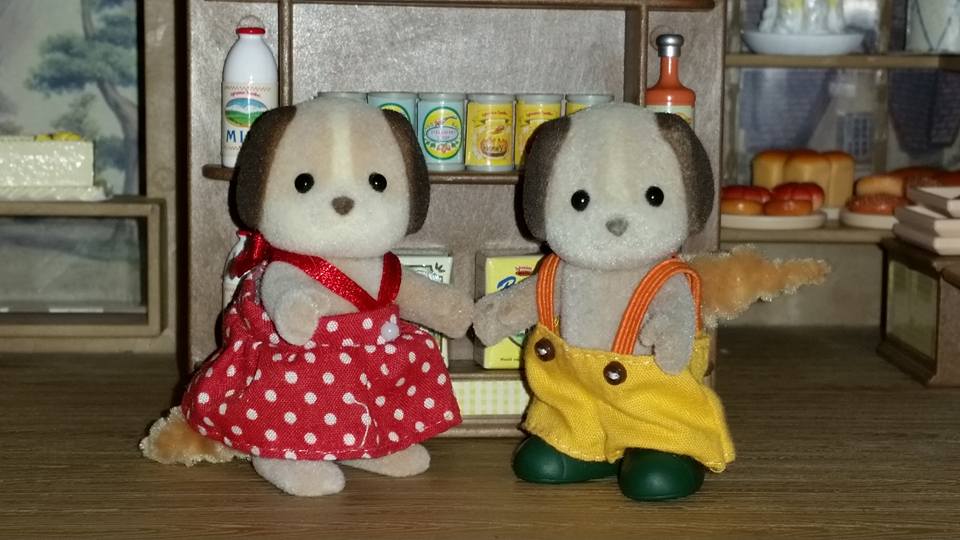 COUSIN PETER BEAGLE can almost always be found down at the Pony Stables at Highfields Farm. He absolutely loves riding the ponies, and in return for having riding lessons, he always cleans out the pony stables. He hopes one day to be a very successful jockey.

COUSIN LUCY BEAGLE, like her brother Peter, can always be found at the pony stables. She is becoming quite an expert rider now, and can often be seen taking place in the Sylvanian Gymkhana. She has won many rosettes now with her favourite pony, Willow.

The Beagle dog family first joined the UK range of Sylvanian Families in 1998, having been available in Japan previously. When released the babies could be purchased as a twin set, or individual standing babies. In 2002 and 2003, individual members of the family were released as part of the 'Family Life' range, a range which had a figure with accessories, doing usual everyday things. The only member of the family not be included in this was the brother. A few years later, the brother and sister were released as individual figures to go with the new stable and pony range. The Beagles have had two re-releases in the UK over the years, the first was in 2004, and also in 2012, when they were given the 'Celebration' boxed set release. This release saw them being joined by older siblings, the first time these two figures had ever been released. The 'Celebration' set did see the figures have a slight pink twinge to their faces. They also had two releases in Japan, one with the family wearing the same clothes as the UK version, and another re-release wearing completely different clothes.
Powered by