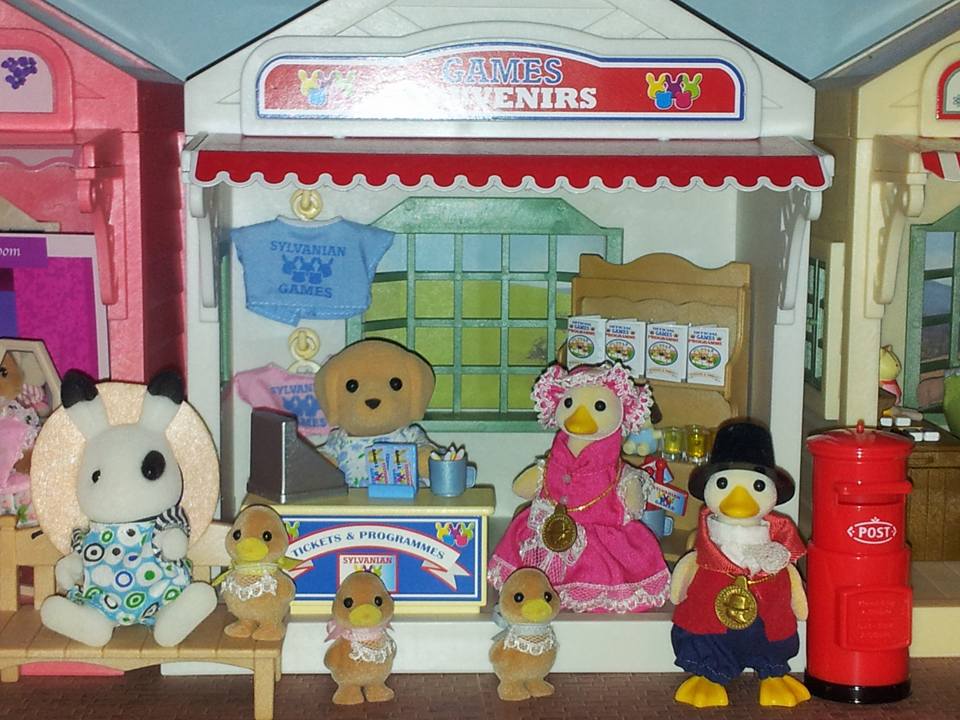 The Sylvanian Games Souvenir Shop was released into the Sylvanian range in 2012 by Flair, as part of the Sylvanian Games Range, released to coincide with the Olympics. It was the last of the shops to get a release in a cottage style building. The shop came with a range of sounvenirs for the games, including programs, tickets and t-shirts. Golden Labrador aunt, Zoe Barker came as an exclusive figure with this building, with her daughter getting a release in one of the games playsets.

This building is on display in my village with the other smaller shop buildings, in the 'Old Town' part of the village.
Powered by