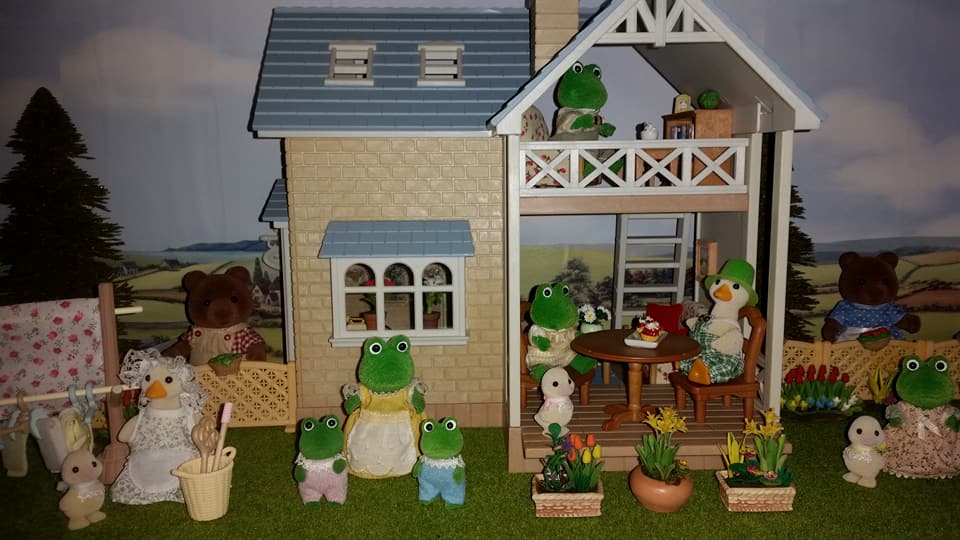 The Riverside Lodge was first released into the UK Sylvanian Families range in 2006, having previously getting a Japan release in 2003. It is quite a small building, and looked much bigger on the box. It has a downstairs balcony area, which can overlook the river (I am still working on my display of this building, and hope to add a river to the scene eventually). The downstairs living area has a built in stove, which helps warm the house during the winter months. I purchased my version of this building from the Sylvanian Shop in London, and it came with the penguin family included. The building got an exclusive release a few years later to Tesco, and it was then renamed Bluebell Cottage and came with a free mouse sister (from the European Easy Buy range).

In my village, the Bullrush frog family live in this house. It's right next to the river, which means they have beautiful views and can go swimming or fishing whenever they want to. They often have their friends, the Duck Family over to visit. My scene for this display is still being worked on, and I hope to be able to add a little river to it eventually. 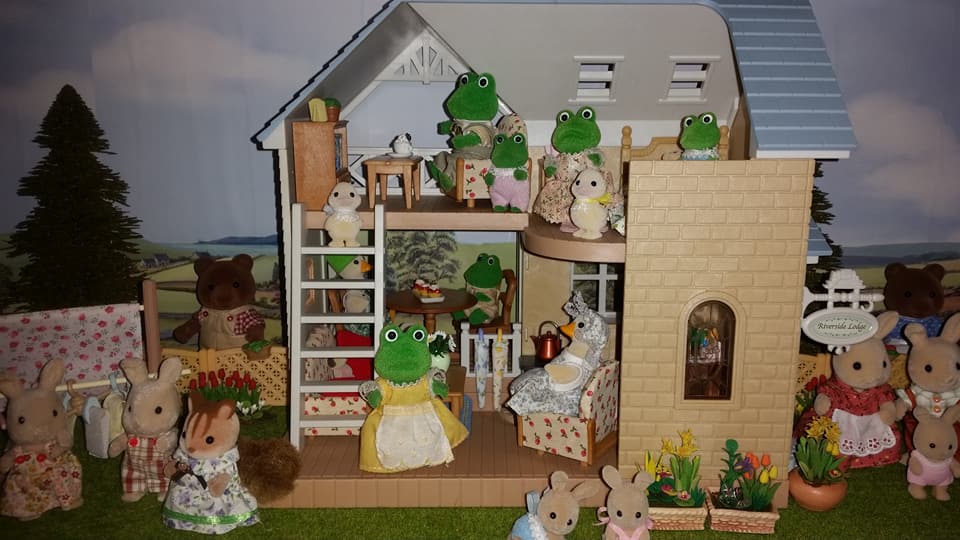