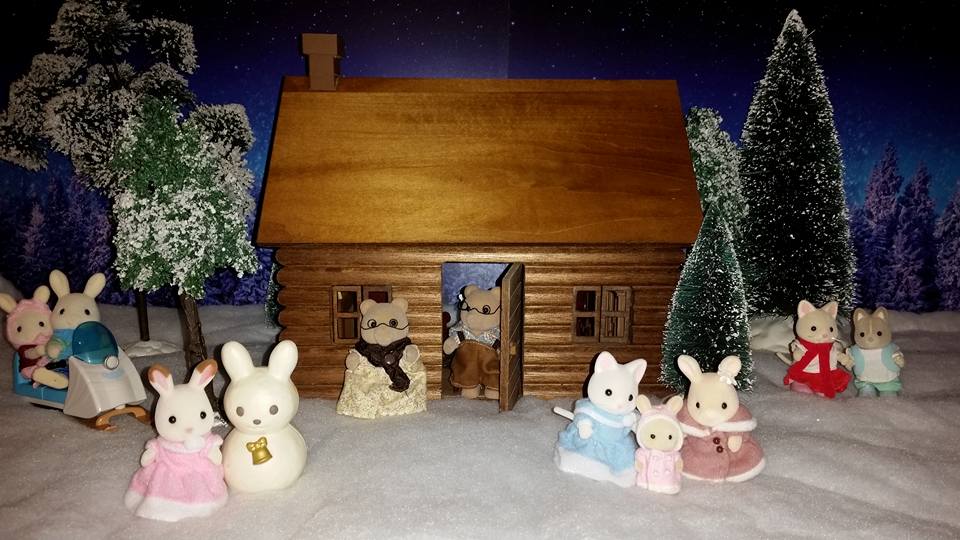 The Memory Time Log Cabin was first released into the Sylvanian Families Range in Japan in 1986. It is a very unique building in that it is made entirely of wood. As far as I am aware, it is the only building made out of wood in the entire range. It was never released in any other market, making it an exclusive to Japan. A selection of real wood furniture was also released to go with this building, but at present I do not own any. The only places I have seen the wooden furniture for sale is on Rinkya, and it is far too expensive for me. This building can be very expensive to buy, you could be looking at anything from £100 upwards.

Originally when I decided to display this building, I wanted to set it in an autumn scene, with lots of red and orange colours, and fallen leaves everywhere. I haven't actually done an autumn scene yet and thought it was about time I did one. However, in the end I decided to set up another winter scene, as I had leftover bits and pieces from Christmas and thought it would be nice to do another snow scene. Furnishing the house was quite difficult. I wanted to give it a nice cosy feeling, and was tempted to use the early green furniture. But once I started putting furniture in (I got two of the large armchairs from the Highfield Farm range especially for this building), I decided to use some of the Urban Life style furniture, from the various furniture releases from the mid 1990s. I always envisioned either a very small family living here, or some grandparents. In the end I settled on the Huntington Grandparents, living in a nice peaceful log cabin in the heart of the woods. Often visited by their grandchildren, who love the old fashionedness of their home. 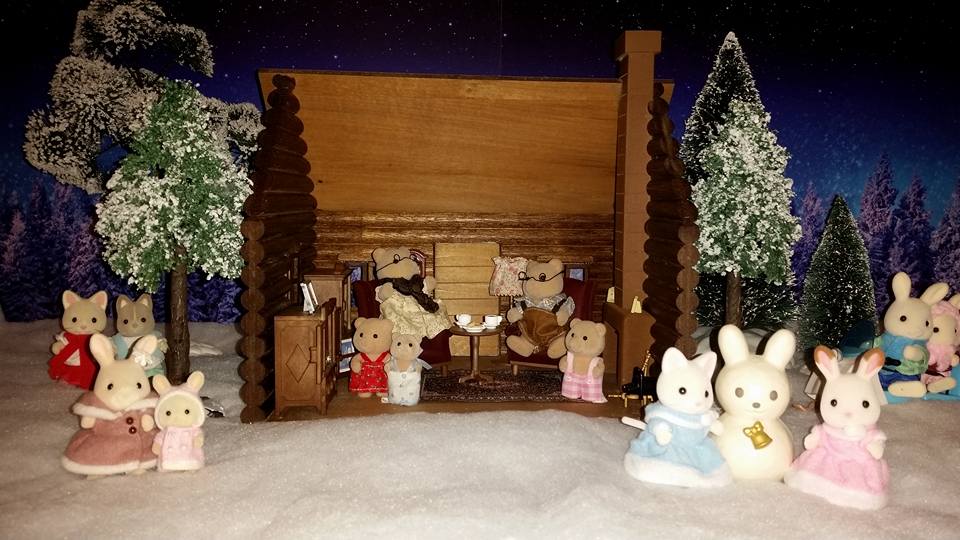