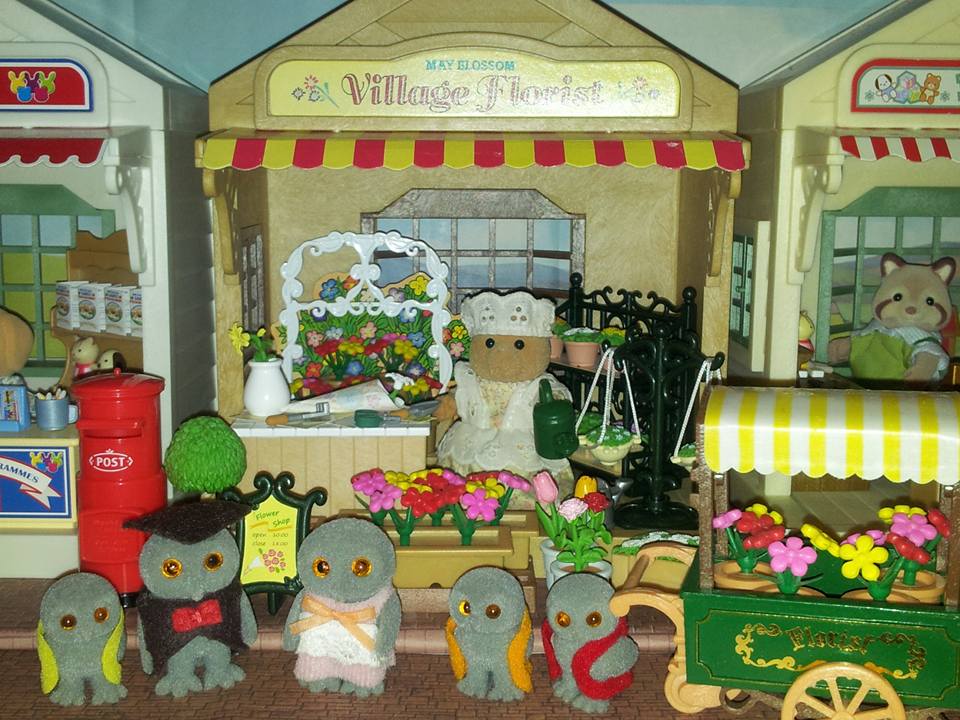 The Village Florist building was first released in the UK in 1991. It was the only way to obtain the May Blossom figure. The florist was launched at the same time as the Cottage Hospital, with a Post Office following a year later. The shops were a small building, with space for a few accessories inside. It would take over ten years before a new shop was launched in this size and shape in the UK. When Flair started re-releasing figures and buildings from 1999, the florist was a building which appears to have not had another release from it's initial release. There was another florist shop released exclusively to the Japan range in the 2000's, but it did not get a UK release. I have added extra accessories to this building, which were a Japan exclusive release to add to the Japan Florist building. The flower cart was also originally released into the Japan range, as part of the Urban Life range. The Japan release saw the cart in a brown colour.

In my village display, I have managed to fit the Village Florist alongside all the other smaller released shop buildings, in an area of the village known as the 'Old Town'.
Powered by