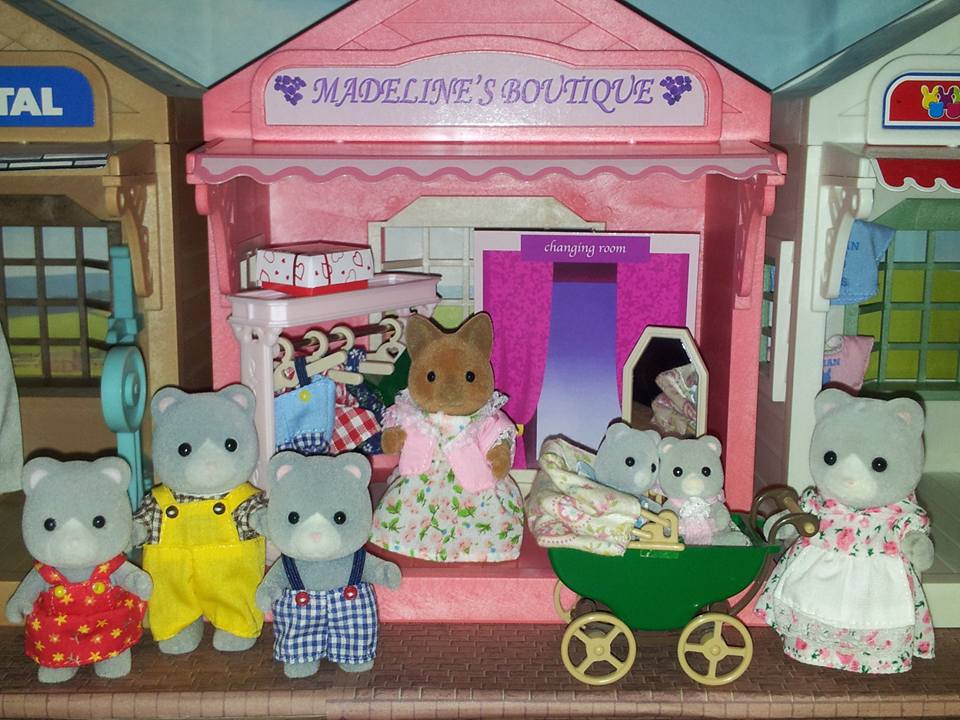 Madeline's Boutique was first released into the Sylvanian Families UK range in 2003, under the name 'Village Boutique'. It later got a re-release with the name 'Madeline's Boutique' in 2009. There were not many differences between releases, apart from the sign, the changing room design and different outfits. Each release came with the exclusive Madeline Merryweather figure. The shop was in the same size and design as previous cottage style shop releases, such as the post office and village florist. The biggest difference was that this building was a bright pink, completely different to the previous tiny cottage shop buildings. It was the second boutique released into the range.

In my village display, I have managed to fit the boutique on the same shelf as the other small cottage style shops, making a small street with many different outlets on it. I class it as part of the 'Old Town' section of my village. Madeline often has her daughter Charlotte coming in, hoping to get a beautiful dress for a party she has been invited to.
Powered by