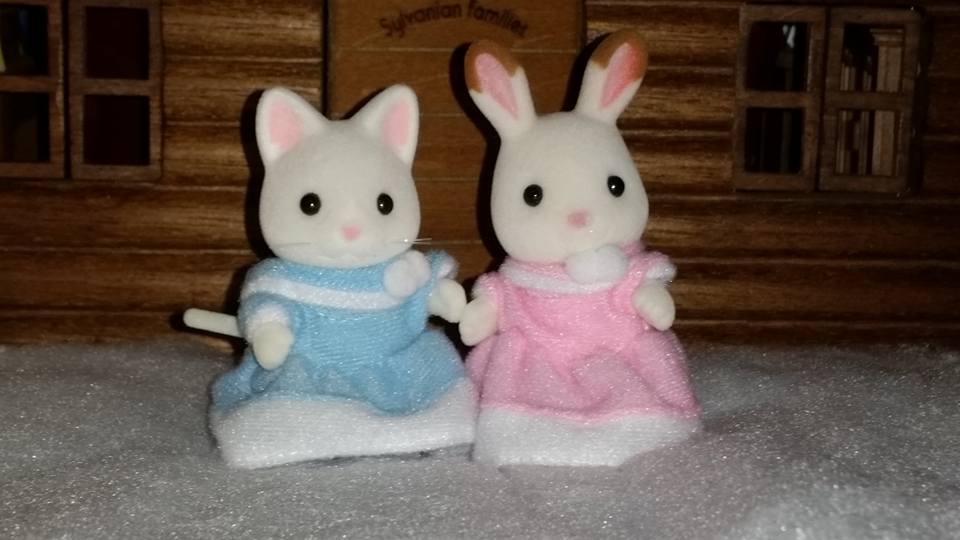 Freya Chocolate and Tiffany Golightly love winter because they can practice their favourite outdoor activity, ice skating! They pop on their skates, and lovely warm winter coats, and head outside to practice on the frozen lake. When they aren't having fun skating on the ice, they love building snowmen.

The Ice Skating friends set was first released into the Sylvanian Families range in Japan during 2016. Both Freya and Tiffany come with a pair of ice skates, they also both come with two stands, which you can place their legs in, and then attach to the new ballet theatre, where they will move around and skate. The set was released into the UK range during Autumn 2017.
Powered by