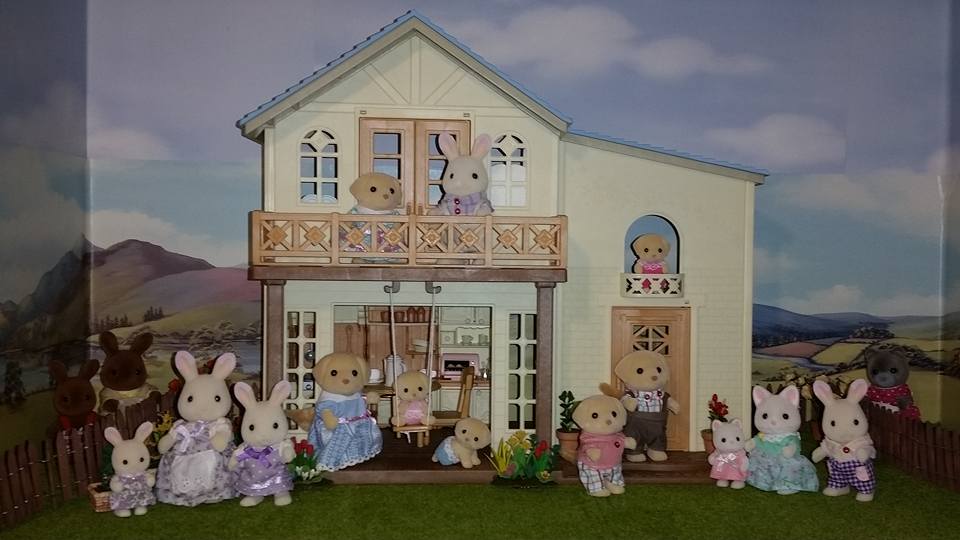 House on Sea Breeze Hill (aka as House on Breeze Hill) was released exclusively into the Japan range of Sylvanian Families in 2014. I got mine as a Christmas present in 2017, and it was the Toys 'R' Us version, which included two exclusive Golightly Silk Cat figures (a sister and baby figure), and some furniture items. The house reminds me of the Riverside Lodge building, released several years ago. This house has a small nursery area upstairs, with nursery pictures on the wall. The house is slightly bigger I found, than how it looked in pictures. In my village I decided to let the Fenton Labrador family live here. A baby swing is included, which can be hung in the nursery, or outside on the balcony area. I have tried to furnish the house with some of the newer furniture sets, which were released in 2017 in Japan, with the new Sylvanian Town Series. 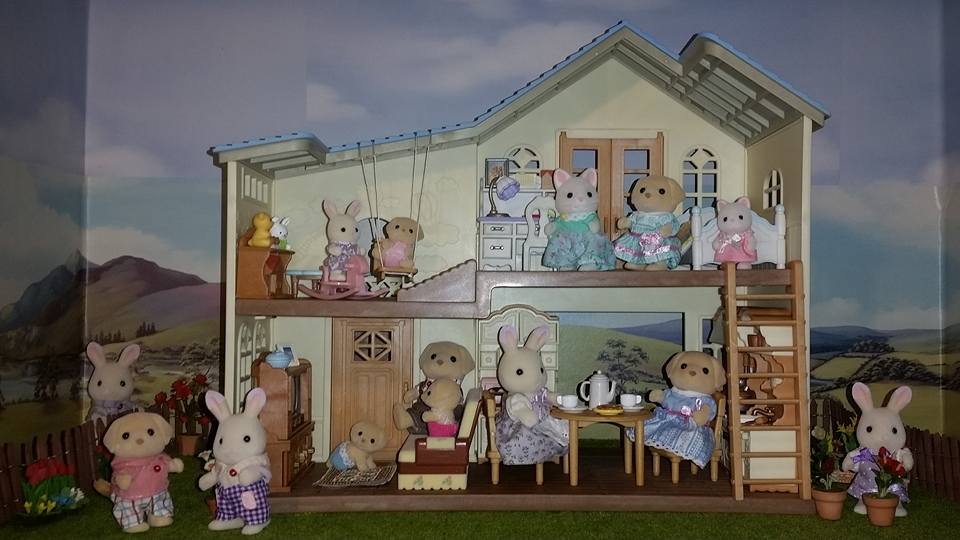