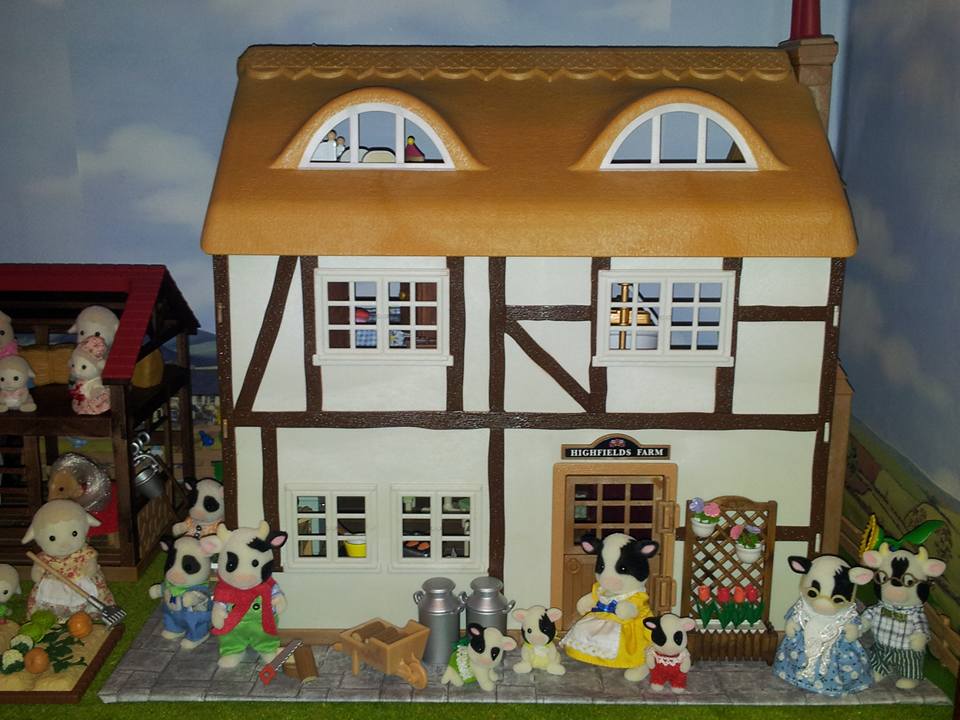 Highfields Farmhouse was released into the UK Sylvanian Families range by Flair in 2011, as part of a new 'Down at the Farm' line. Several new items were released at this time in the line, including a farm shop, a barn, a new horse and cart, a new family and some new furniture items. As you can see in the pictures, the farmhouse is quite a large building, with five rooms. It is the second thatched house in the range, following Meadowcroft Cottage released in the 1990's. In the official biographies, the Chocolate Labrador family, the Hunter-Smyth Family, live at the farm. Highfields Farm is no longer being produced, and is already becoming a sought after item in the range.

In my village display, I decided to move the Buttercup Cow family into Highfields Farm, as they were dressed more suitably to live upon the farm. They also had quite a big family, with five children, a set of grandparents, and an auntie and uncle. I have managed to display the farmhouse next to Field View Mill, with the barn in-between the buildings. 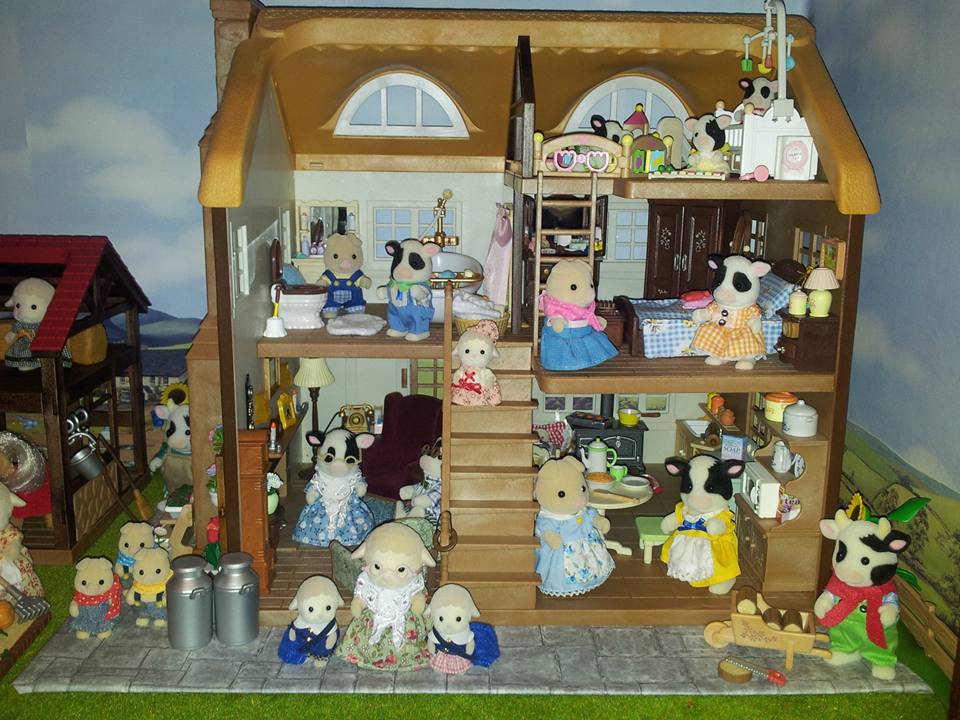