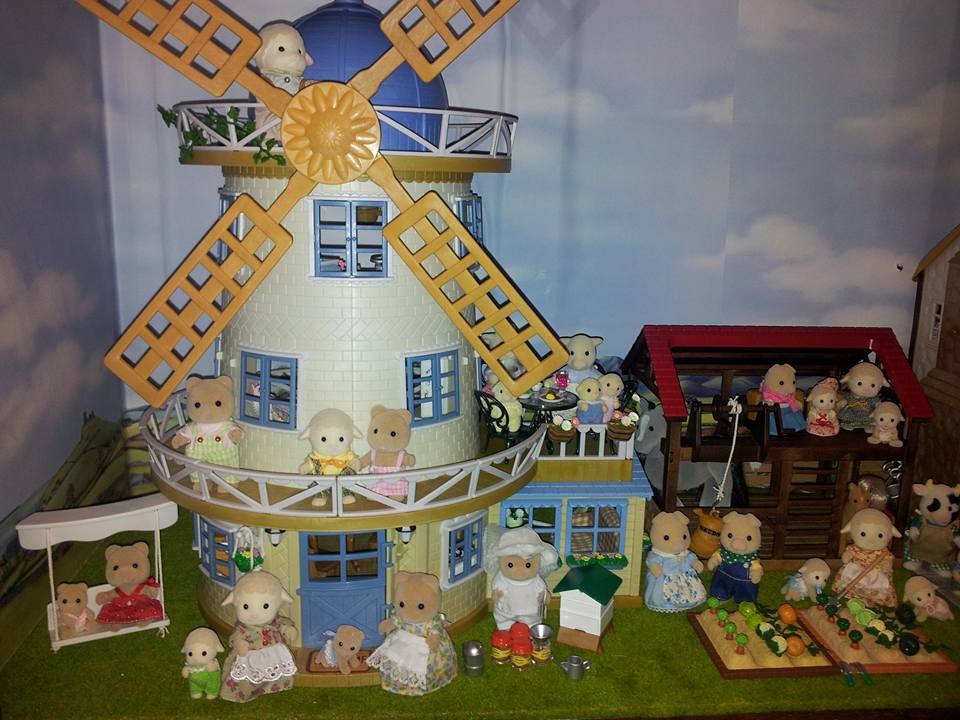 The Field View Windmill was originally released into the Sylvanian Families Range in 2009 by Flair. It was different to the original windmill, released many years earlier, having a different shape, and also a room added to the side of the building, and much more detail. The Field View Windmill got a re-release into the range in 2015, by EPOCH. The re-release was the same as the original with no differences, other than the packaging. In the original release, the Honey Bear family lived in the windmill, making flour for all the villagers. This harks back to the 1990s release of the original mill and Honey Bear family, where the story was the same.

In my village display, I have the Field View Windmill next to Highfields Farm, with the barn between the buildings. The Dale Sheep family live in the windmill, with their good friends the Honey Bears often paying a visit. 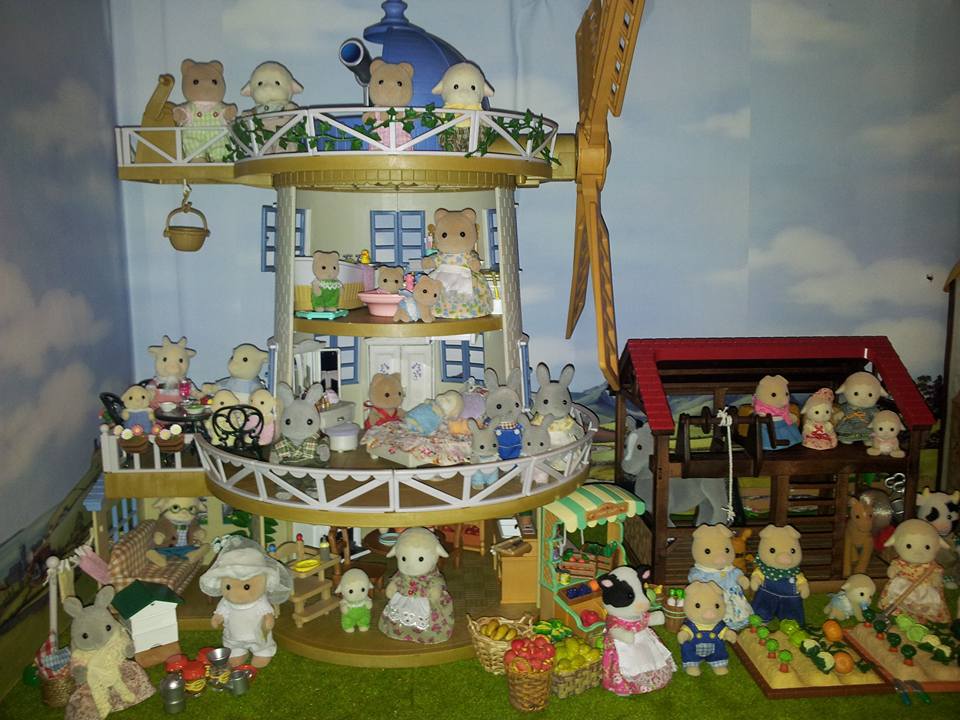