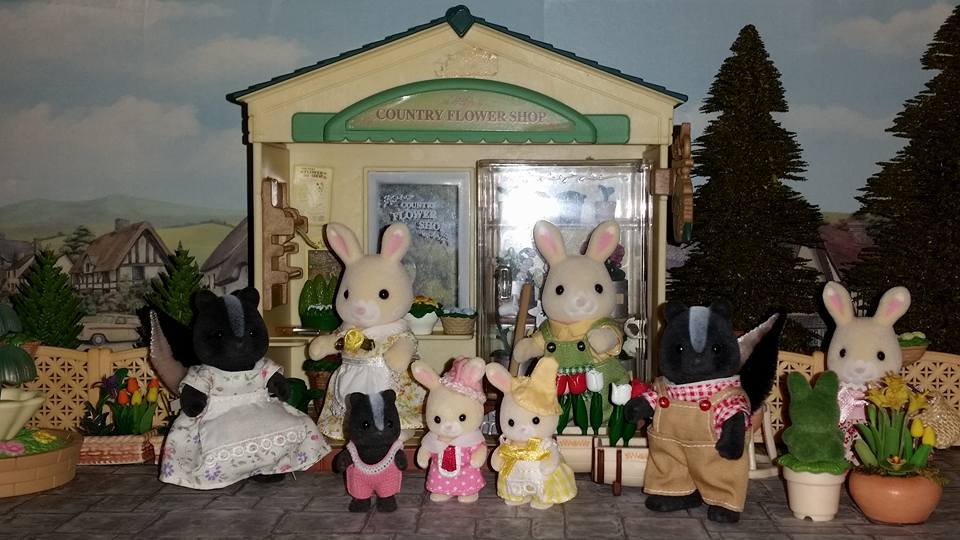 The Country Flower Shop was released into the Japan Sylvanian Families range in 2003. It was exclusive to Japan, and has not been released anywhere else in the world. It is quite rare to find these days, as it only had the one release. It is much more detailed than the one released in the UK by Tomy in the early 1990s, and the flowers are much more life like in appearance. The flower shop also has a chiller, where all the fresh flowers are kept chilled and fresh before being sold. The Japan release of this building did not come with any figures.

In my village, the Garden Rabbit family run this florist. They are kept busy preparing beautiful bouquets for special occasions, including weddings and anniversaries. Some of their best customers are the Parfum Skunk family, who often buy the fresh flowers to create perfumes and pot pourri.
Powered by